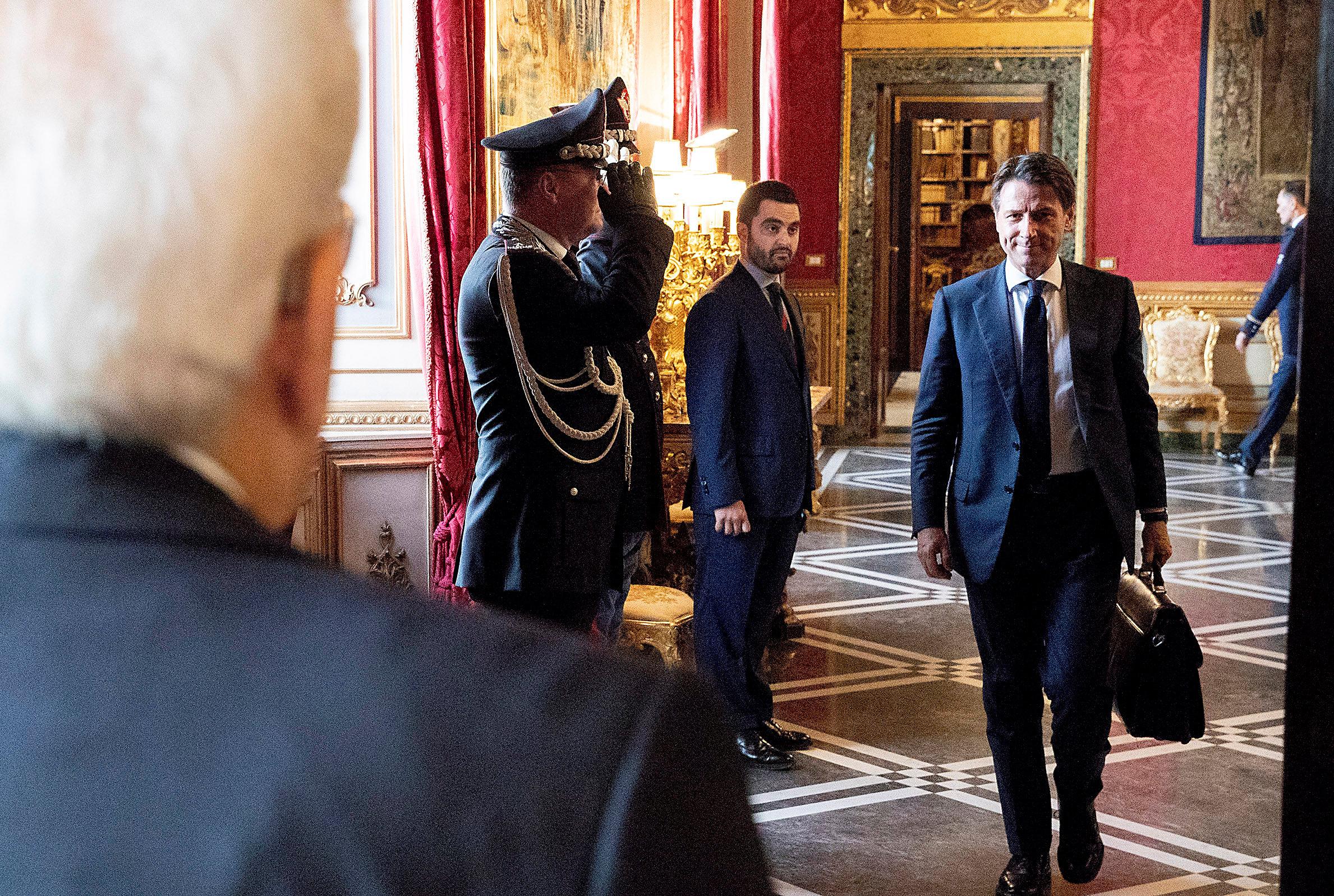 Italy's newly appointed Prime Minister Giuseppe Conte arrives for a meeting with the Italian President Sergio Mattarella at the Quirinal Palace in Rome, Italy, May 27, 2018. Italian Presidential Press Office/Handout via

Italy's Prime Minister-designate Giuseppe Conte has given up on efforts to form a government, a top official in President Sergio Mattarella's office said on Sunday.

The comments were read out following a meeting between Conte and Mattarella to discuss the list of cabinet candidates the would-be coalition partners, the far-right League and the anti-establishment 5-Star Movement, were proposing.

Earlier on Sunday a source said Mattarella had rejected the name of Paolo Savona, the eurosceptic candidate whom the League/5-Star coalition had put forward to head the Economy Ministry.