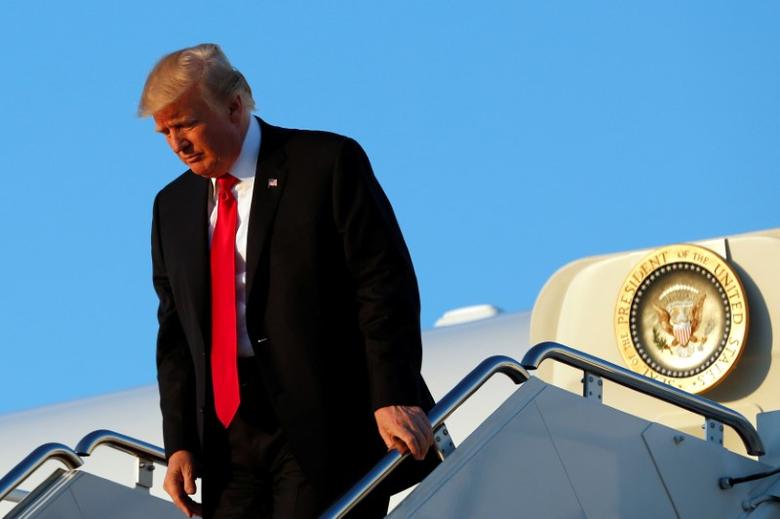 U.S. President Donald Trump arrives at Joint Base Andrews, Maryland as he returns back from Bedminster, New Jersey to participate in the Celebrate Freedom Rally in Washington, July 1, 2017. Yuri Gripas

The White House, which announced the calls in a daily schedule, did not elaborate on the subject of the phone conversations, which were set to take place starting at 8 p.m. EDT (0000 GMT Monday).

Trump's talks with the leaders come ahead of a meeting of G20 leaders in Hamburg, Germany, later in the week.

Trump held a summit with Xi in April. The U.S. president has been focused on trying to work with China to ratchet up pressure on North Korea over its nuclear and ballistic missile programs, which are a threat to the United States and allies South Korea and Japan.

He met with South Korean President Moon Jae-in at the White House on Friday, and is slated to hold bilateral meetings with Xi, Abe and Moon at the G20 summit.