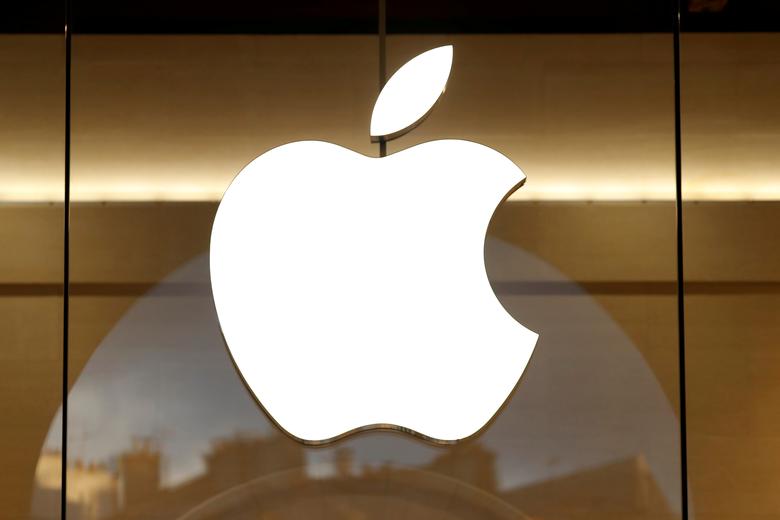 The Apple logo is seen on the facade of the new Apple Store in Paris, France, January 5, 2017. Charles Platiau

Apple Inc (AAPL.O) on Friday disputed the timeline of events leading up the disclosure by Imagination Technologies Group Plc (IMG.L) that Apple plans to drop the graphics chip supplier, a loss of the UK company's largest customer that sent shares plummeting.

Imagination Chief Executive Officer Andrew Heath said Apple told Imagination "at the end of March" that it would no longer need its technology, according to an investor call on Tuesday. But Apple said it told Imagination about its plans on Feb. 9.

Imagination ultimately notified shareholders of Apple's decision on April 3, which sent its shares down 70 percent and eventually forced it to put itself up for sale.

Apple's claims that Imagination sat on the news for weeks without telling shareholders heaps more trouble on the company and could spur regulators examine whether Imagination improperly withheld information from shareholders, according to one legal expert.

Imagination's Heath told investors that Apple told Imagination at the end of March that Apple's new products "at some point in 2018 or early 2019 would not contain our IP and therefore, they were not required to pay us royalties on it."

Apple contested that timeline and said it warned Imagination that it would "stop accepting new IP from them" as early as 2015 and gave a final warning a month before Imagination's CEO claims.

"After lengthy discussions, we advised them on February 9 that we expected to wind down our licensing agreement since we need unique and differentiating IP for our products," Apple said in the statement.

Imagination did not immediately respond to a request for comment outside of normal UK business hours. Heath has said he does not believe Apple can replace Imagination's technology without using some of Imagination's patents that would require royalties.

Jonathan Parry, an attorney with UK law firm White & Case who is not involved in the dispute, said European financial regulators were likely to examine the timing of Apple's discussions with Imagination to see whether Imagination's leaders failed to disclose material information to shareholders.

Regulators would likely focus on when Imagination's leaders decided it was "likely" that Apple would draw down its business with the company, which Imagination would then be required to disclose to shareholders. The legal bar for "likely" is different from the word's common usage, he said.

"The wording used in judgments is 'a realistic prospect' that something might happen," Parry said. "The judge did not assign a percentage, but he made it clear that something doesn't have to be 'more likely than not'" to trigger public disclosure requirements.