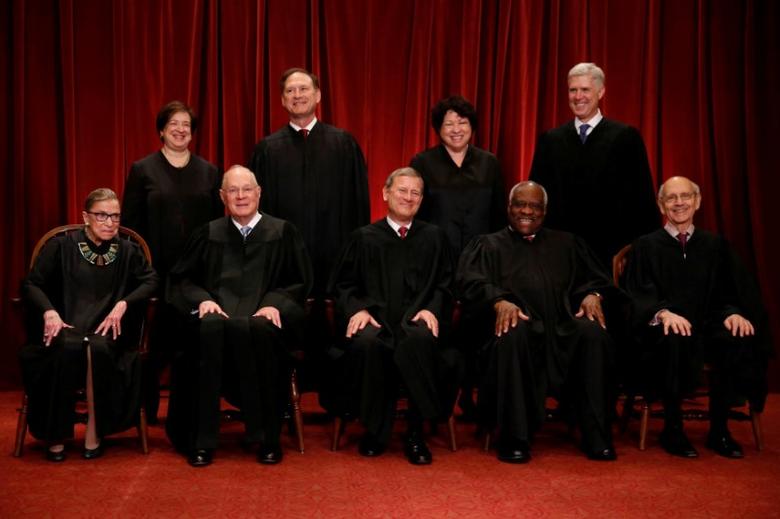 As the U.S. Supreme Court navigated a difficult period in which it was short one member for more than a year, justices from across the ideological spectrum often managed to find common ground. That sense of unity promises to be soon put to the test.

The nine-justice court ended its 2016-2017 term on Monday with a flurry of rulings. When it resumes work in October, its recently restored conservative majority could become more assertive as the justices tackle big cases on whether the U.S. Constitution lets businesses refuse to serve gay couples for religious reasons, presidential powers and manipulating electoral district boundaries for partisan gain.

Neil Gorsuch, Republican President Donald Trump's appointee, joined the court in April, giving conservatives a 5-4 majority. Gorsuch already has established himself as among the most conservative and outspoken justices even before beginning his first full term.

"We will certainly see more cases where they are sharply divided," Chicago-Kent College of Law professor Carolyn Shapiro said.

While partisan tensions in Washington have deepened since Trump took office in January, the Supreme Court largely remained above the fray.

In the 14 months that the court operated with only eight justices following Justice Antonin Scalia's death and was divided equally between liberals and conservative, it showed greater unanimity in its decisions than in recent years. During that time, the justices often sidestepped major rulings on divisive issues, resolving several cases narrowly and trying to avoid 4-4 votes that would leave legal questions unresolved.

The court even avoided a sharp ideological split in its decision on Monday on how to handle Trump's contentious order banning people from six Muslim majority countries from entering the United States. The four liberal justices were silent as the court allowed parts of the order to go into effect and agreed to decide the legality of the policy in its next term.

The court already has agreed to hear several major cases in which the justices are likely to be divided on ideological lines, including one on the conflict between gay rights and religious freedom concerning a Christian baker from Colorado who refused to make a cake for a same-sex couple, citing his religious beliefs.

The justices will also weigh whether state legislative districts violate constitutional protections if they are drawn purely to gain partisan advantage in a case involving a Republican-configured electoral map in Wisconsin that could have major consequences for U.S. elections.

The travel ban case, Trump's first big Supreme Court battle, is a major test of presidential powers, with Trump's administration arguing that the judiciary should show deference to the president on national security matters.

In the term that just ended, the court was able to decide all but two of the cases it heard. On Monday, the justices ordered that those cases, both on immigration-related issues, be re-argued in its next term, when Gorsuch would be able to participate. The action suggests the court was divided 4-4 along ideological grounds on those cases.

A review of rulings from the 2016-2017 term compared with previous years shows a higher rate of unanimity, likely prompted by the greater need for compromise without a decisive ninth vote.

In 69 cases in which the court issued decisions on the merits, there were no dissenting votes in 41 of them, or 59 percent, according to Kedar Bhatia, who compiles court statistics for the SCOTUSblog website. That compares with 44 percent in the court's previous term and 40 percent in the one prior to that.

"With only eight members, I think the court was trying harder to achieve as much agreement as possible, both in the close cases and in the not-so-close ones," said Kannon Shanmugam, a lawyer who regularly argues before the court.

While they were shorthanded, the justices took up fewer cases that were likely to divide them ideologically. For example, they took six cases on patent protections, a higher-than-normal number, on an issue in which they usually are unanimous.