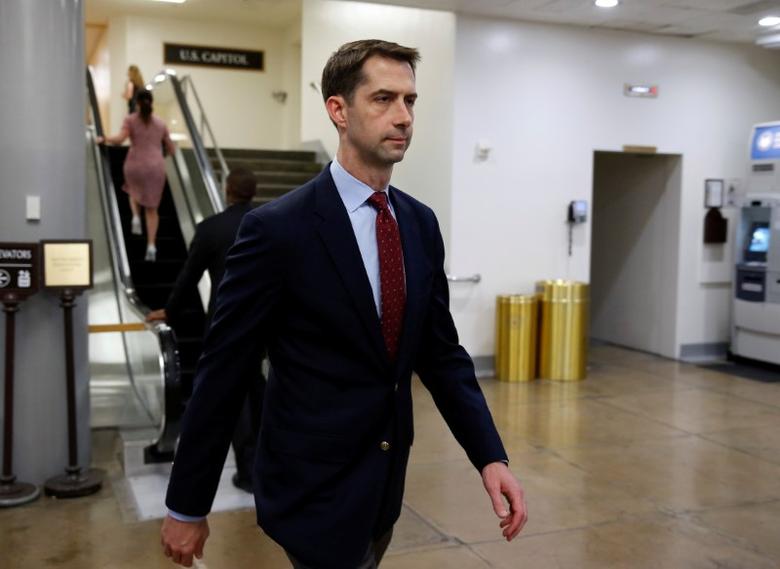 U.S. Senator Tom Cotton said on Tuesday he has begun the legislative process to eliminate a new ban on mandatory arbitration clauses established by a government regulator.

Cotton, a Republican from Arkansas, is attempting to eliminate new rules completed Monday by the Consumer Financial Protection Bureau that ban banks and credit card companies from including language in contracts barring class-action lawsuits by consumers.

Cotton, a Republican from Arkansas, said he will draft a resolution to allow Congress to eliminate the rule through the Congressional Review Act. Since President Donald Trump assumed office, Republicans have used this tool to roll back several regulations recently completed under President Obama.