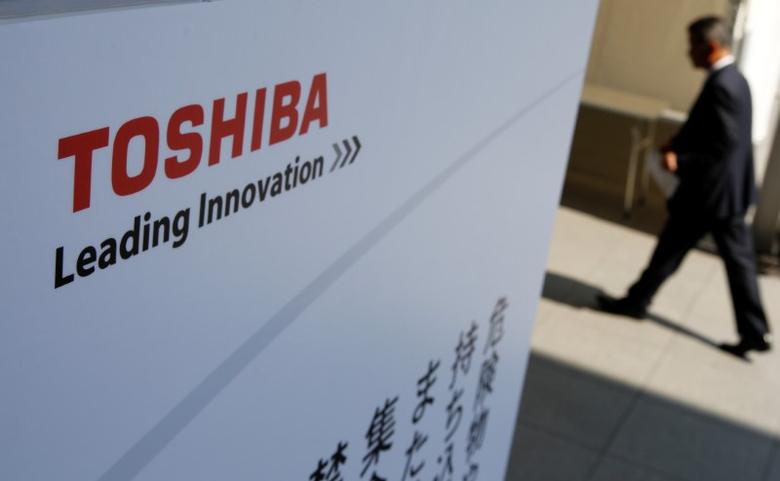 The logo of Toshiba is seen as a shareholder arrives at Toshiba's extraordinary shareholders meeting in Chiba, Japan March 30, 2017. Toru Hanai

Toshiba Corp (6502.T) told its creditor banks it is in talks with Western Digital Corp (WDC.O) and Taiwan's Foxconn over the $18 billion sale of its prized chip unit, banking sources familiar with the matter said on Tuesday.

Late last month, Toshiba picked a Japanese government-backed consortium as preferred bidder to buy the conglomerate's semiconductor business, but they have yet to reach an agreement.

A representative for Toshiba was not immediately available to comment.