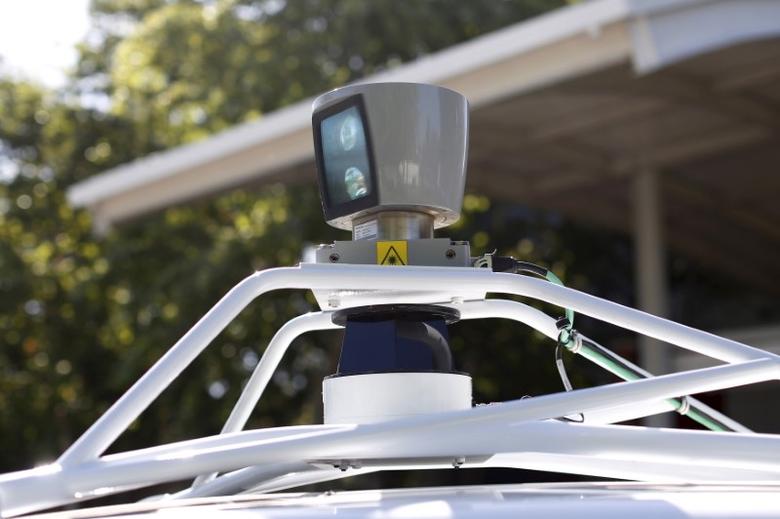 A sensor is seen spinning atop a Google self-driving vehicle before a presentation at the Computer History Museum in Mountain View, California, U.S., May 13, 2014. Stephen Lam

U.S. House Republicans expect to introduce bills later this week that would bar states from setting their own rules for self-driving cars and take other steps to remove obstacles to putting such vehicles on the road, a spokeswoman said.

The legislative action comes as major automakers are joining forces with auto suppliers and other groups to prod Congress into action.

Last month, a U.S. House of Representatives Energy and Commerce subcommittee held a hearing on a Republican draft package of 14 bills that would allow U.S. regulators to exempt up to 100,000 vehicles a year per manufacturer from federal motor vehicle safety rules that prevent the sale of self-driving vehicles without human controls.

Blair Ellis, a spokeswoman for the committee, said on Monday it was likely that legislation would be introduced this week and a formal hearing on the bills would occur next week.

The group, which includes the Motor & Equipment Manufacturers Association, National Federation of the Blind and Securing America’s Future Energy, a group of corporate officials and retired military leaders, plans to begin airing radio ads on Tuesday portraying the legislation as "liberating innovation for self-driving vehicles."

GM, Alphabet Inc (GOOGL.O), Tesla Inc (TSLA.O) and others have been lobbying Congress to pre-empt rules under consideration in California and other states that could limit self-driving vehicle deployment.