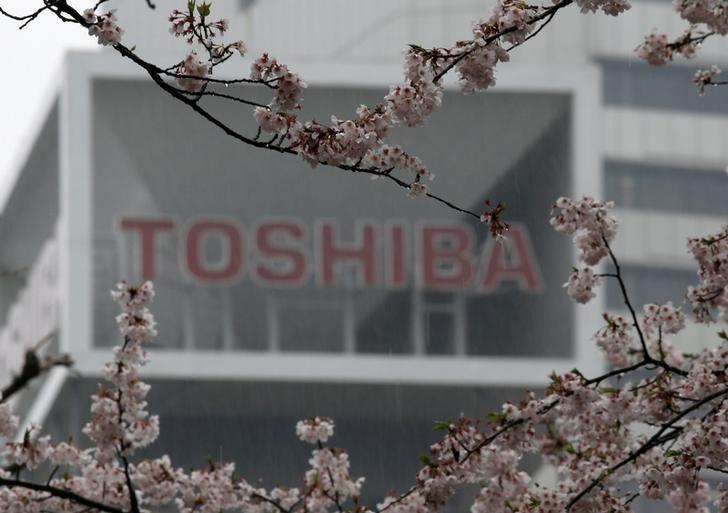 The logo of Toshiba Corp is seen behind cherry blossoms at the company's headquarters in Tokyo, Japan April 11, 2017. Toru Hanai

Crisis-hit Toshiba Corp has regained access to a crucial $6 billion credit line after stumping up shares in its chip unit as collateral but its lenders have imposed tough conditions, banking sources with direct knowledge of the matter said.

Hit by massive cost overruns at its now bankrupt U.S. nuclear unit, Toshiba needs billions of dollars in fresh loans to tide it over before it can complete the $18 billion sale of the memory chip unit, which has currently stalled.

Its banks, which include Sumitomo Mitsui Banking Corp and Mizuho Bank, had denied Toshiba access to an agreed commitment line of 680 billion yen earlier this year after its credit ratings were slashed due to writedowns for the nuclear unit, Westinghouse.

Toshiba was allowed to withdraw 100 billion yen ($880 million) in loans late last month but must reseek permission every week from creditors to extend the loan, the sources said, declining to be identified as they were not authorized to discuss the matter publicly.

Toshiba has told creditors it will need 1 trillion yen in fresh loans during the current financial year through March, banking sources have said previously.

Western Digital Corp, Toshiba's joint venture partner for its flash memory chip business, is seeking a U.S. court injunction to stop any sale of the unit without its consent and is also opposed to the use of the unit's shares as collateral.

After a long period of deliberation, Toshiba and its lenders concluded they can use the unit's shares as collateral even without Western Digital's consent, the sources said.