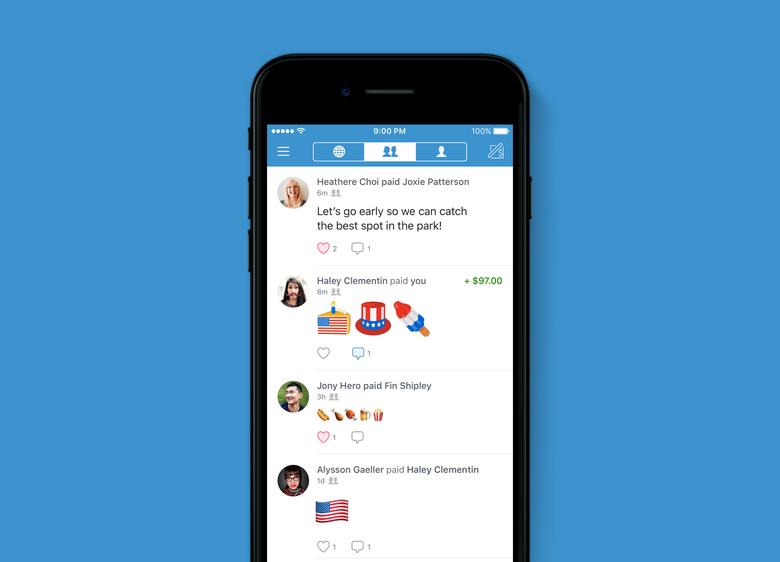 Asking friends or family for money can be awkward, but when you can do it with a smiley face and a winged dollar bill, it seems to make it better.

Hence the rise of Venmo, a digital payment service owned by PayPal that allows consumers to send and receive payments regardless of what device, bank or operating system they use. It helps soften the oftentimes uncomfortable request by replacing the cold language of transactions with colorful visuals.

While there are other apps and payment networks that enable friends to transfer money using a phone - Facebook Messenger, Zelle and Square Cash, among them - what appears to tip the popularity scale are the small digital images, otherwise known as emojis.

Seven in ten Americans - or 71 percent - use visual expressions like emojis, stickers or GIFs when texting or using mobile messaging apps, according to a new survey from Harris Poll and commissioned by GIF platform Tenor.

People said they can better communicate their thoughts and feelings when using visual expressions rather than words alone, according to the survey.

With Venmo, a reminder to pay up can come under the guise of a winged dollar bill emoji, a seemingly gentler reminder than a potentially rude in-person request. Need to split the cost with friends for beers and pizza? There is an emoji for it. In fact, the pizza slice emoji is among the most popular on Venmo, according to LendEdu research.

The ability to ask people 'with a smile' appeals to 30-year-old Hilary Gish, who said she uses Venmo for anything from splitting checks to tipping her hairstylist.

"It's a fun and polite way of asking for money," said Gish, who lives in Los Angeles.

For 29-year-old Ella Nuortila, part of Venmo's appeal is that the app feels almost like an extension of social media, and that transactions are turned into chats.

"A lot of my contacts make (their transactions) public and it gives insight to their personal lives, much like a Facebook feed," said Nuortila.

"Because Venmo is where your friends are, it makes it less awkward to ask for payment," said Ready.

A recent survey by LendEdu ranked Venmo as the most popular money exchange app among Millennials, chosen by two-thirds of the 20 to 30-something people who use mobile payment apps.

In a challenge to Venmo, a group of major U.S. banks, including JPMorgan and Bank of America, recently launched Zelle, a network that allows customers to send money to each other instantly.

Earlier this month, Apple announced that Apple Pay will soon allow users to send and receive money via iMessage, which supports emojis. The service will be available on the most recent iPhone and iPad devices, as well as Apple Watch.

These challengers will have a lot of ground to make up. Venmo says its most active users check the service daily, while the average user checks it two or three times per week - not just to send or receive payments, but to see what their friends and family are doing.