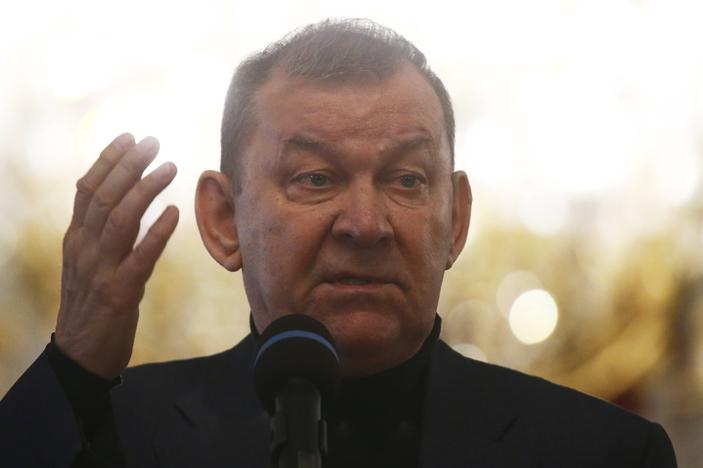 Director general of the Bolshoi Theatre Vladimir Urin speaks during a news conference on the postponement of the world premiere of the Nureyev ballet, weeks after its director Kirill Serebrennikov was questioned as a witness in a fraud investigation, at the Bolshoi in Moscow, Russia, July 10, 2017. Maxim Shemetov 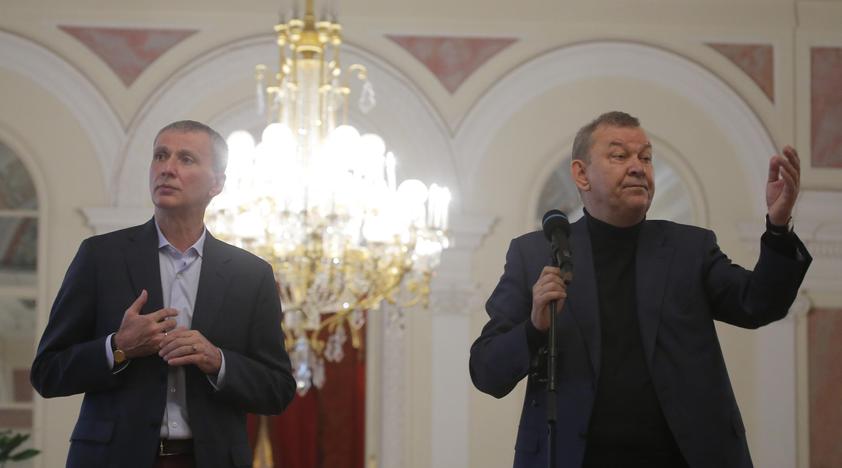 Makhar Vaziev, ballet director of the Bolshoi Theatre, and Bolshoi's Director general Vladimir Urin attend a news conference on the postponement of the world premiere of the Nureyev ballet, weeks after its director Kirill Serebrennikov was questioned as a witness in a fraud investigation, at the Bolshoi in Moscow, Russia, July 10, 2017. Maxim Shemetov 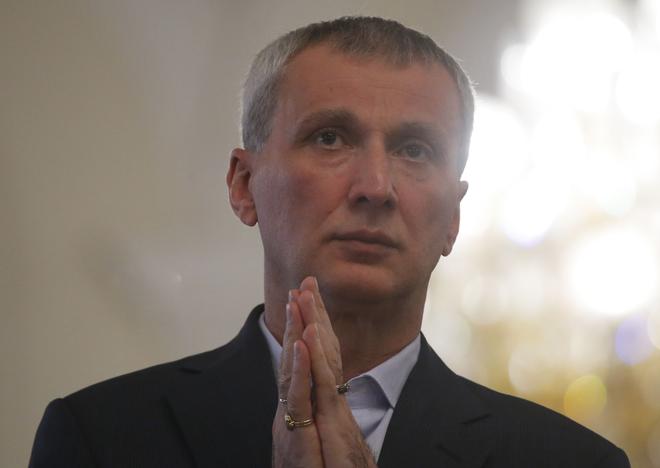 Makhar Vaziev, ballet director of the Bolshoi Theatre, attends a news conference on the postponement of the world premiere of the Nureyev ballet, weeks after its director Kirill Serebrennikov was questioned as a witness in a fraud investigation, at the Bolshoi Theatre in Moscow, Russia, July 10, 2017. Maxim Shemetov

Russia's minister for culture had a long conversation with the Bolshoi Theatre before it announced it was postponing the world premiere of Nureyev, a ballet about the famous Russian dancer, the TASS news agency reported on Monday.

The long awaited premiere of the ballet about Rudolf Nureyev, one of the first Soviet artists to defect to the West, was due to be held on July 11, but the Bolshoi said on its website late on Saturday it would not take place.

Vladimir Urin, the theatre's director general, told a news conference on Monday it had been pulled because rehearsals had shown it was not ready. He said it would be staged in May next year instead.

"We watched one run-through, and given the quality of the ballet, we realised it was bad," Urin told reporters.

But TASS cited a spokeswoman for Vladimir Medinsky, the culture minister, as saying he had spoken to Urin beforehand, suggesting there were other concerns.

"Yes there was a long conversation with Urin," TASS cited Irina Kaznacheeva, the spokeswoman, as saying. "But a ban is the not the ministry's working style." She said she did not know details of the conversation.

However, TASS cited a source close to the culture ministry as saying the production had been postponed because Medinsky had been concerned it violated a law designed to prevent the promotion of homosexuality to minors.

Under the legislation, which the European Court of Human Rights ruled last month breached European treaty rules, any event or act regarded by the authorities as an attempt to promote homosexuality to minors is illegal and punishable by a fine.

"I realised from the very beginning ... that this was a controversial figure, with a tragic fate, and that it would be pretty difficult to tell this story," Urin told reporters on Monday, referring to how socially conservative elements of Russian society would respond to a production which touched on Nureyev's homosexual relationships.

"Believe me, I understood well it was a specific theme that could be rejected by a number of people."

In 1958-61 Nureyev was a principal dancer of the Kirov (now Mariinsky) Ballet in St Petersburg. He asked for political asylum in France while on tour in Paris in 1961.

The postponement has caused a scandal in Moscow.

The Bolshoi, which was founded in 1776, was last embroiled in controversy in 2013 when its then artistic director, Sergei Filin, had acid thrown in his face in an episode which lifted the lid on poisonous rivalries over roles, money and power at one of Russia's most prominent cultural institutions.