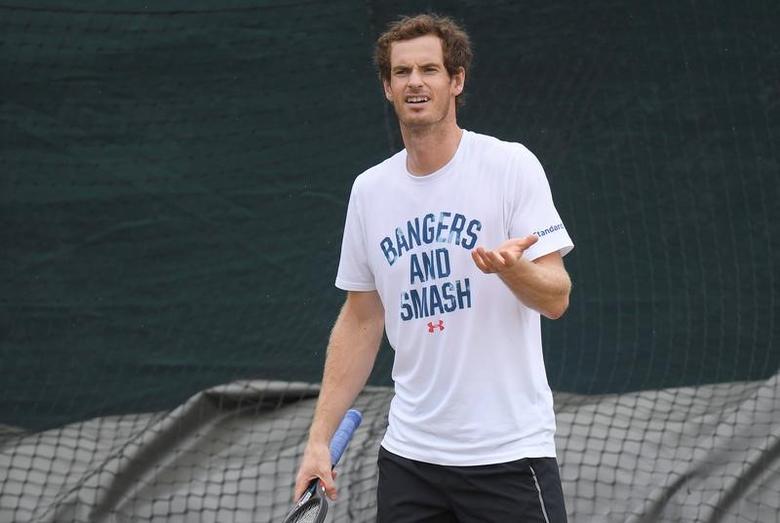 The rain is expected to ease off in time for men's quarter-final action at Wimbledon on Wednesday but even if it does not defending champion Andy Murray and seven-times winner Roger Federer will have the Centre Court roof to keep them dry.

The roof showed its worth again on Tuesday with Johanna Konta's thrilling win over Simona Halep taking place during a downpour.

Murray is first up on Centre Court against American Sam Querrey followed by Federer's tough test against Canadian Milos Raonic.

The Number One court will also have a retractable roof in place by the 2019 tournament but for now Novak Djokovic, who faces Tomas Berdych, will have to hope the weather is kind to him.

Also on Number One, Luxembourg's Gilles Muller, who upset Rafa Nadal in a marathon five setter, is hoping to make seventh-seed Marin Cilic his next victim.