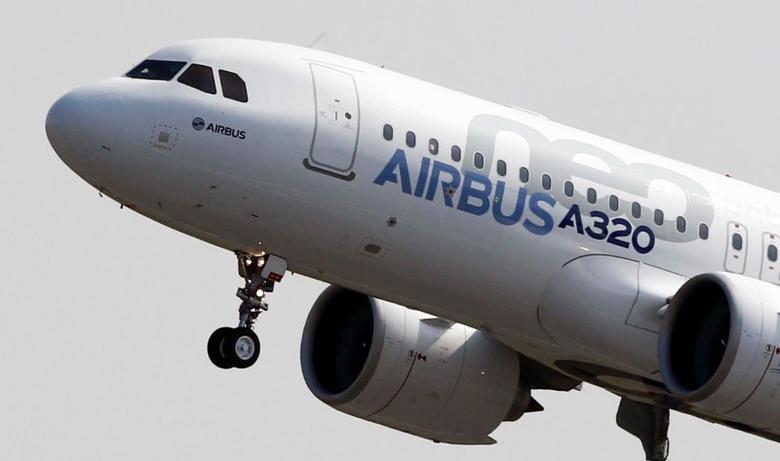 Plane giants are preparing to squeeze the last drop out of a once raging torrent of airplane orders without the razzmatazz of recent years, as the aerospace industry heads to a belt-tightening Paris Airshow looking for new sources of revenue.

The June 19-25 gathering takes place against the backdrop of surprisingly strong airline traffic driven by economic growth, but a steep drop in the appetite for new planes following robust demand for the latest fuel-efficient models in recent years.

Instead, many firms will talk up efforts to extract new revenues out of powerful data-crunching services, while the first Paris display of a U.S. stealth jet in decades, the F-35, points to a defense recovery at the world's largest air show.

The meeting also comes amid tensions in the Gulf over a transport and economic boycott of Qatar that is fuelling questions over the resilience of a major source of demand.

Dominating an otherwise thin slate of commercial orders will be a new version of Boeing's (BA.N) most-sold airliner, the 737.

The 190-to-230-seat Boeing 737 MAX 10, designed to narrow a gap against European rival Airbus, will be launched on Monday with over 100 orders, two people familiar with the plans said.

Analysts said one unknown quantity is how many of the MAX 10 orders may merely be replacing previous orders for other variants as Boeing rejigs its medium-haul portfolio.

Low-cost giants Lion Air of Indonesia and Ireland's Ryanair (RYA.I) have confirmed Reuters reports of interest in the new jet, though talks with Ryanair could take longer to complete.

CDB Aviation, the aircraft leasing arm of China Development Bank, is in talks to place orders with both Boeing and Airbus and could complete at least one of the deals by the show.

It may buy 40-50 Boeings, including about 5 MAX 10s, and a similar number of Airbus jets, two sources said.

Boeing is seen anxious to win backing of major operators for the new catch-up model and has also talked to United Airlines.

"I think you'll see some activity on this in Paris and that will start the process of seeing how airlines react to it," said Peter Barrett, chief executive of SMBC Aviation Capital.

Seeking to leapfrog Airbus (AIR.PA) after a mixed few years for the MAX series, Boeing will also give more details on a larger new mid-market jet employing a novel fuselage designed to try to capture projected growth in demand for 220-270 seaters.

But few expect a repeat of the more than 400 orders and commitments at last year's Farnborough Airshow in Britain.

"I think it is going to be a relatively quiet air show compared to previous years," said Robert Martin, chief executive of BOC Aviation.

Instead, some of the airlines that have become synonymous with air show hoopla in previous years, such as Malaysia's AirAsia (AIRA.KL), may return to sign up for digital services to make their new fleets more efficient to operate and maintain.

Manufacturers are exploiting breakthroughs in data storage and other technologies to cut development times by a third while offering services like "predictive maintenance" to airlines, mimicking the post-sales success of their engine suppliers.

"We have 10,000 aircraft flying and we have to apply these technologies to these aircraft," Airbus chief operating officer and planemaking president Fabrice Bregier said.

It will also be the first air show since China and Russia successfully flew new passenger jets in recent weeks, completing a series of debuts by new entrants that also include Japan.

Mitsubishi's MRJ90 will appear in Paris for the first time.

While there is no immediate threat to Airbus and Boeing, delegates say the feeling is taking hold in boardrooms and governments that their duopoly cannot be taken for granted.

"There is a long road from first flight to certification and all that goes with it, but I think it will be a slightly different dynamic than we might have had in previous air shows where they were paper or theoretical airplanes and now we have real aircraft," Barrett said of the would-be challengers.

In another turning point, it may be the last major air show for Airbus super-salesman John Leahy, who has said he will retire soon. He has presided over sales of over 10,000 planes.

With the New Yorker's departure, the swagger and deliberate baiting of rivals at such shows may become a thing of the past, but the industry is unlikely to retreat from fierce competition.

The more muted tone, and cost-cutting to focus on production after years of strong sales, are reflected in the logistics. Several firms have cut back space and host planemaker Airbus is halving staff attendance and slashing catering, insiders said.