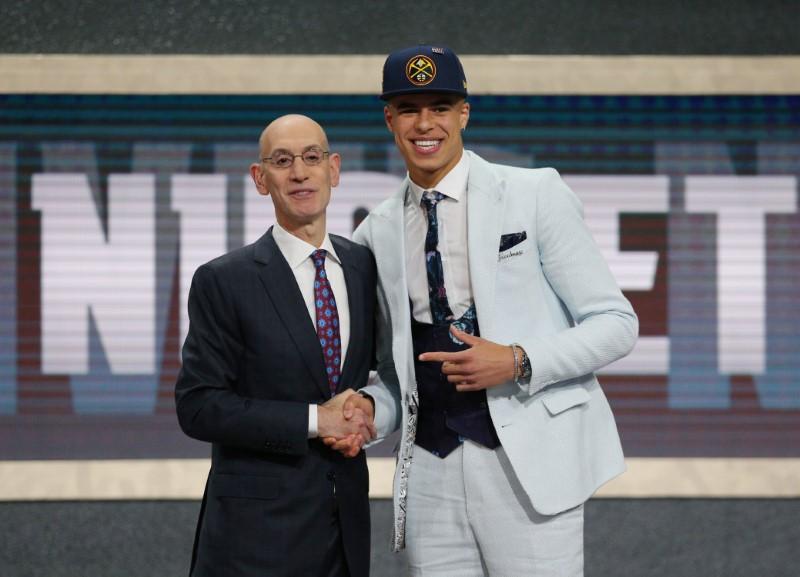 Denver Nuggets first-round pick Michael Porter Jr. underwent a second back surgery last week, according to a report from NBA.com on Wednesday.

The belief from Porter's camp following the procedure is that it helped them further understands his herniated-disks issue, according to the report. Porter missed all but three games of his freshman season at Missouri after injuring his back last November, which required him to have surgery on his L3 and L4 spinal discs.

As of now, there is no plan to have Porter sit out the 2018-19 season, according to NBA.com. Nuggets head coach Mike Malone indicated to NBATV earlier this month that the team wouldn't rush the No. 14 overall pick to the court.

"We understood the risk-reward situation with Michael Porter, and we felt at 14 he was far too great of a talent to pass up," Malone said. "And we're going to be patient. We're not going to rush him back, and that's the luxury we have.

"We have a very good team coming back. We have a very deep team, so there's no reason for us to say, ‘Michael's got to play this year.' We're going to give him all the time and treatment he needs to get better, and hopefully he can get back and help us this year."

Porter, who turned 20 on June 29, was kept off the Nuggets' summer league roster but had been in Las Vegas to watch games. The team has not given any indication as to when it expects him to be ready to play, but a Nuggets spokesperson told NBA.com an update on Porter's health would be given by the team's medical staff soon.

A week before the NBA draft in June, Porter canceled a second pro day workout due to a sore hip, prompting reports that teams were very worried about his long-term health. Porter said those concerns were overblown and offered to work out for teams during draft week upon request, but he still slid to the end of the lottery before the Nuggets drafted him.

Porter signed his rookie deal with the Nuggets on July 3.