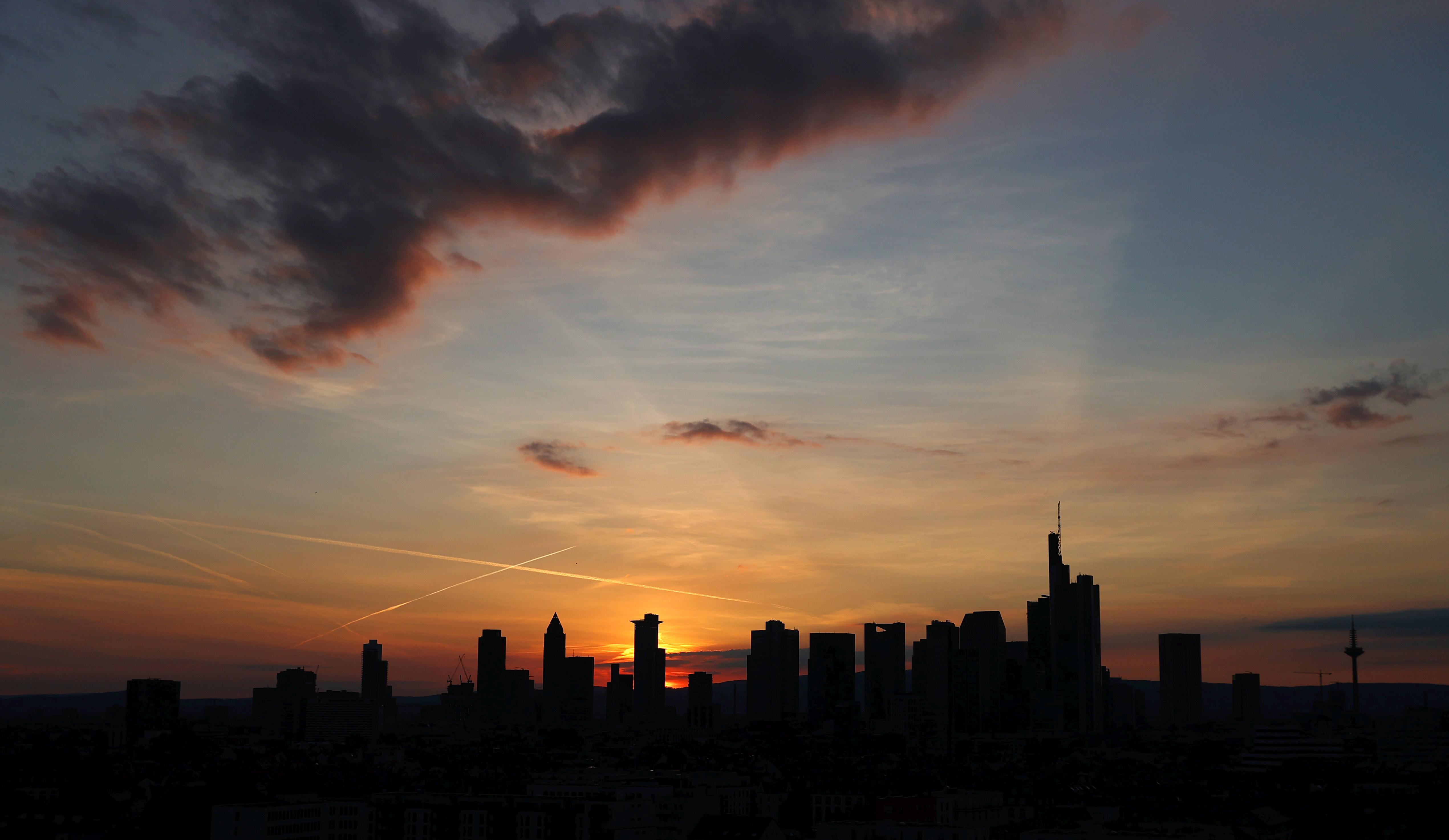 The skyline with its banking district is photographed during sunset in Frankfurt, Germany, May 20, 2020, as the spread of the coronavirus disease (COVID-19) continues. Kai Pfaffenbach

Around four-fifths of German firms with foreign exposure have experienced a collapse in revenues as a result of the coronavirus crisis, and 93% expect global economic conditions to improve only in 2021 or later, according to a survey.

The survey for the German Chambers of Commerce showed the devastation wrought by the epidemic on Europe's largest economy, with 15% of the roughly 3,300 companies surveyed reporting a halving of their annual turnover.

But the focus of the impact was shifting: whereas lockdown-related travel restrictions had a major impact on sectors including tourism and industry earlier on, now companies were increasingly feeling the impact via slackening demand.

In July 59% of respondents complained of ailing demand for their products and services, up from 57% in April. Teething troubles like supply bottlenecks and production stops had become less of an issue, however.

The impact of the virus was also being felt in firms' dwindling eagerness to invest: in July, more than half of firms were planning to invest less abroad, compared with only 35% in April.