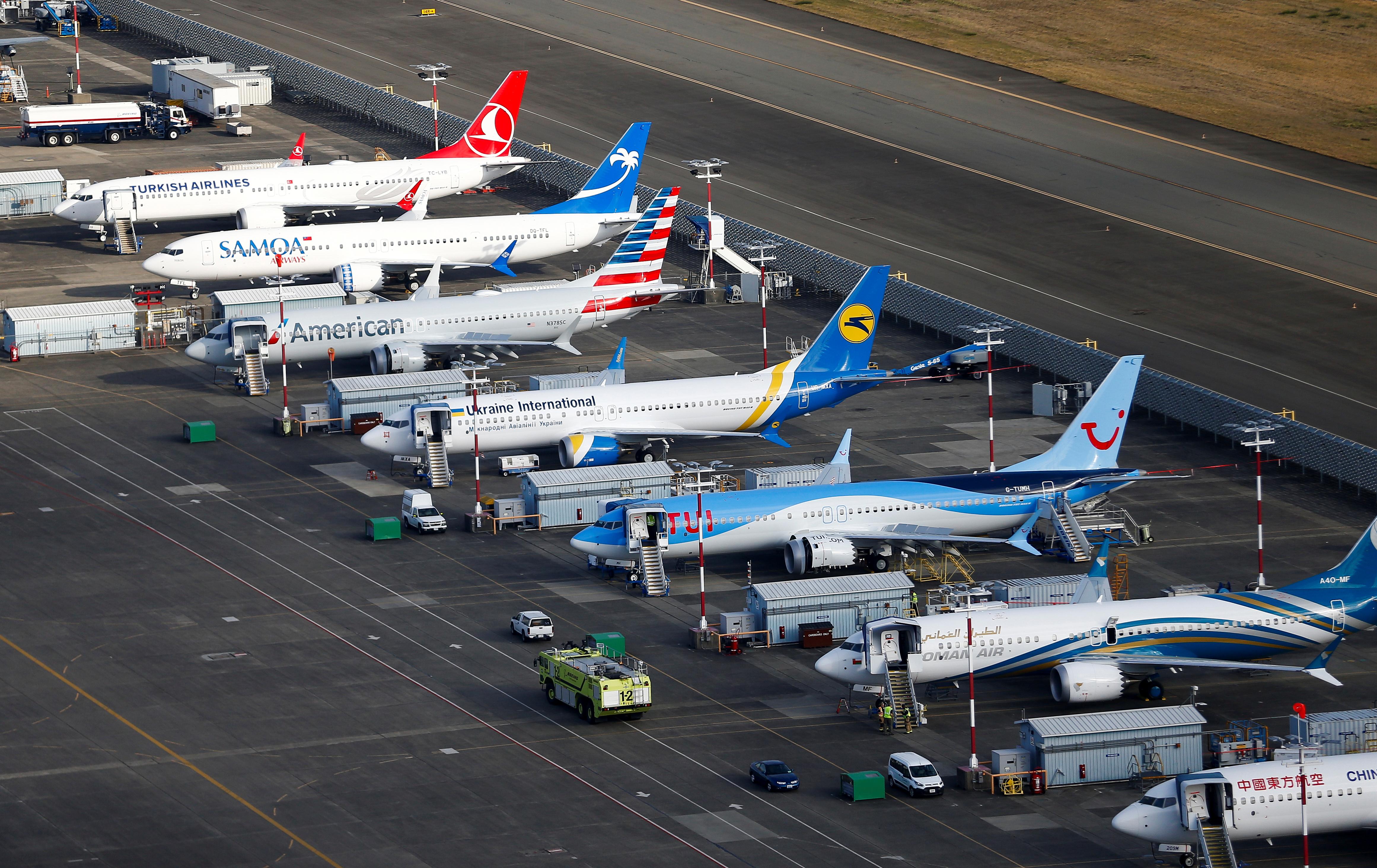 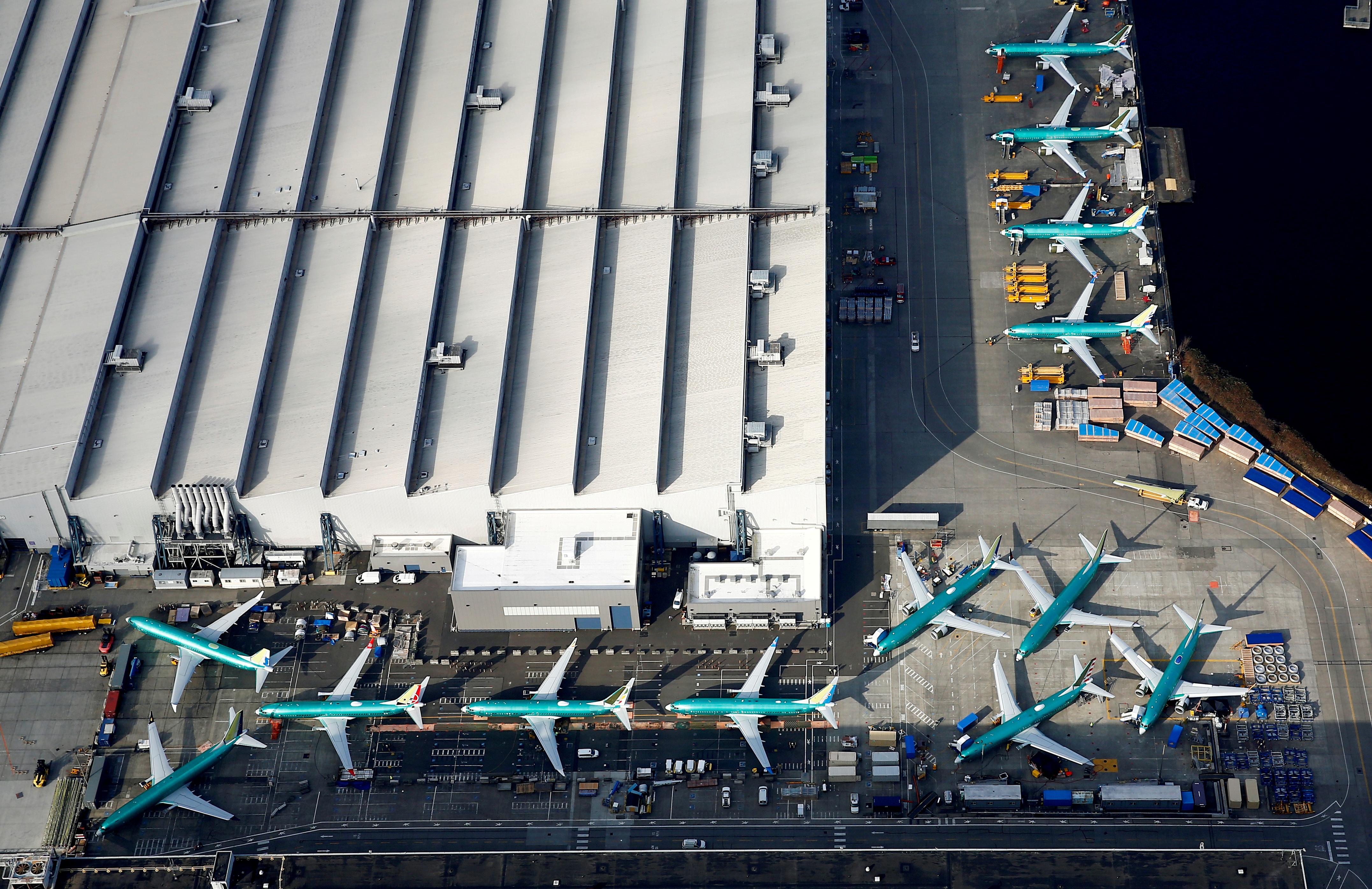 The target, if achieved, means U.S. airlines would likely not have to greatly extend costly cancellations of 737 MAX jets they have already put in place for the peak summer flying season, but the FAA representatives warned that there was no firm timetable to get the planes back in the air.

FAA and Boeing officials privately briefed members of the International Civil Aviation Organization's (ICAO) governing council in Montreal on the 737 MAX on Thursday, the same day that the FAA's acting administrator Dan Elwell met with international air regulators for eight hours in Fort Worth, Texas.

Laying out a potential schedule for getting the 737 MAX back in the air in the United States goes further than the FAA's public statements so far.

Elwell declined to answer questions about the private ICAO briefing. "The last thing I want is to put a date out there and then to have anybody, either the FAA, or you or the public drive to the date instead of the end result or the process," he told Reuters at a briefing with reporters after the Fort Worth meeting, which he called "constructive."

The path to getting the 737 MAX back in the air outside the United States remains even more uncertain. Canada and Europe said on Wednesday they would bring back the grounded aircraft on their own terms, not the FAA's.

Chinese carriers, several of which this week made formal requests to Boeing for compensation, stand to lose 4 billion yuan ($579.41 million) based on the grounding lasting until the end of June, the China Air Transport Association said on Friday.

China's aviation regulator, which oversees the largest fleet of 737 MAX jets globally and was the first regulator to ground the aircraft after a crash in Ethiopia in March, did not have immediate comment about the Fort Worth meeting.

Shares of Boeing, the world's largest plane maker, pared earlier losses on Thursday to close down 0.6% at $350.55. The stock has fallen about 17 percent since the second crash, of an Ethiopian Airlines jet in March, wiping about $40 billion off its market value.

The FAA has said it will not reverse its decision to ground the plane until it sees the findings of a multi-agency review of Boeing's plan to fix software on the 737 MAX which the plane maker has described as a common link in the two crashes.

Boeing said last week it had completed an update to the software, known as MCAS, which would stop erroneous data from triggering an anti-stall system that automatically turned down the noses of the two planes that crashed, despite pilot efforts to prevent it from doing so.

"Once we have addressed the information requests from the FAA, we will be ready to schedule a certification test flight and submit final certification documentation," Boeing communications director Chaz Bickers said on Thursday.

Even after the FAA lifts its ban on 737 MAX flights, airlines will have to spend about 100 and 150 hours getting each aircraft ready to fly again after being put in storage, plus time for training pilots on the new software, officials from the three U.S. airlines that operate the 737 MAX told Reuters.

Southwest, American and United provided estimates to Reuters after discussing the process with Boeing in Miami earlier this week.

Boeing has said that simulator training is not necessary for the 737 MAX, and is recommending a mandatory computer-based course that explains MCAS and could be completed at a pilot's home in about an hour, according to pilot unions.

Elwell said on Thursday that "no individual country stood up and said we need to have sim (simulator) training." The FAA has made no decision yet on what type of pilot training will be required. Each airline will be responsible for developing its own training plan once the FAA lays down guidelines.

Simulator training remains a "possible option" for Canadian Boeing 737 MAX pilots, but it is too early to say whether it would be mandatory, a Transport Canada official said on Thursday night after the meeting in Fort Worth.

"It would be premature not seeing what Boeing has fully proposed yet to determine if simulator training will in fact be included," said Nicholas Robinson, the regulator's director general, civil aviation, told reporters on a conference call.

If the FAA hits its target of approving the 737 MAX to fly by the end of June, airlines may still have to adjust their schedules for the busy summer travel season.

United has removed the MAX from its flight schedule through July 3, Southwest through Aug. 5 and American through Aug. 19.

For Southwest and American, that has meant more than 100 daily flight cancellations during the summer travel season. Both have said they will start using the aircraft as spares if they are ready to fly before those dates.