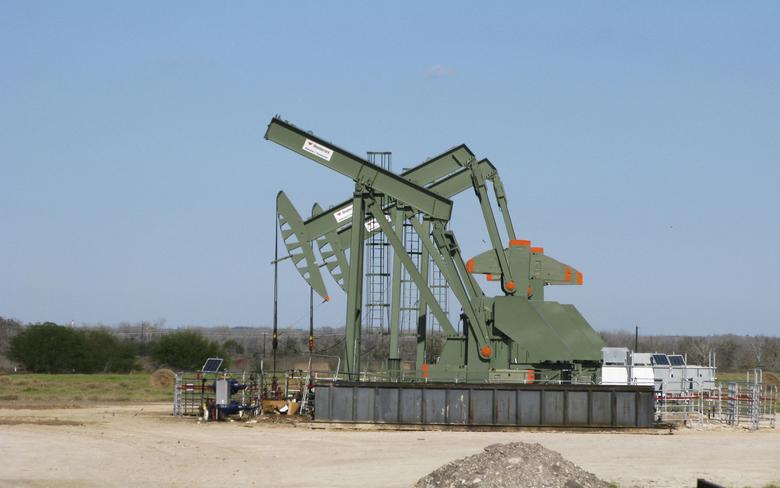 The pullback in hedging was driven by rising service costs and expectations that prices would continue to rally after the Organization of the Petroleum Exporting Countries extended those cuts in May, analysts said.

However, rising U.S. production has stymied OPEC's efforts to rebalance markets. Crude oil futures LCOc1 have lost 15 percent of their value since February, raising the risk that unhedged companies are more exposed to market weakness.

The market peaked at $55 a barrel in January as cuts got under way, but has struggled since, and closed Monday at $48.29 a barrel [O/R], barely changed from the end of November, when OPEC agreed with nonmembers to cut 1.8 million barrels a day in supply.

For oil traders, hedging data serves as a leading indicator of future supplies. With so little hedged, dealers say producers are now looking to hedge at the next chance possible, a move that will pressure prices in coming months.

Producers hedge by buying a variety of financial options to secure a minimum price for crude and safeguard future production.

According to a Reuters analysis of hedging disclosures by the 30 largest U.S. shale firms, most stayed on the sidelines in the first three months of 2017, a stark contrast from a year ago when firms rushed to lock in prices, even though oil was trading $15 a barrel lower.

In total, 18 companies reduced outstanding oil options, swaps or other derivatives positions by a total of 49 million barrels from the fourth quarter to the first quarter, the data shows. Another 10 companies increased their hedging positions by 91 million barrels; two others did not hedge at all.

"A lot of producers held back on locking in hedges in the first quarter because OPEC cut their historic deal and they thought there would be a linear shift higher in prices. But then, we saw several pullbacks," said Michael Tran, director of global energy strategy at RBC Capital Markets.

Prices are too low now for producers to lock in large volumes of future production, Tran said. In addition, pent-up demand for hedging will pressure any moves higher in the oil market, he said.

Morgan Stanley said in a recent note that producers are hedged at around 12 percent of their 2018 output and 40 percent for their current 2017 output.

The increases were driven by Hess Corp (HES.N) and Apache Corp (APA.N), which had previously remained unhedged. They added a combined 54 million barrels.

"I think companies are a little bit nervous that they are underhedged right now and they will try to take advantage of any hedging opportunity they get at about $50 per barrel," said Bill Costello, a portfolio manager at Westwood Holdings Group.

Some large players refrained from building a larger buffer. Anadarko Petroleum Corp (APC.N) - which held 33.2 million barrels hedged for 2017 in the fourth quarter - had 8 million barrels roll off through the first quarter. EOG Resources (EOG.N) had nearly 6 million barrels unwind after terminating its hedges.

Analysts said much of the hesitation has to do with rising service costs. Firms that supply rigs and crews are clamoring to take back discounts extended during the height of the slump early last year, in some cases boosting prices by 10 to 15 percent.

"Producers are working in an environment where they see service cost increases on the horizon. They see their expenses going up, but their revenues are not going up correspondingly, which is why they do not want to hedge and compress their margins," said Rob Thummel, a portfolio manager at Tortoise Capital Advisors LLC.

For a graphic on U.S. shale producer hedges, click here