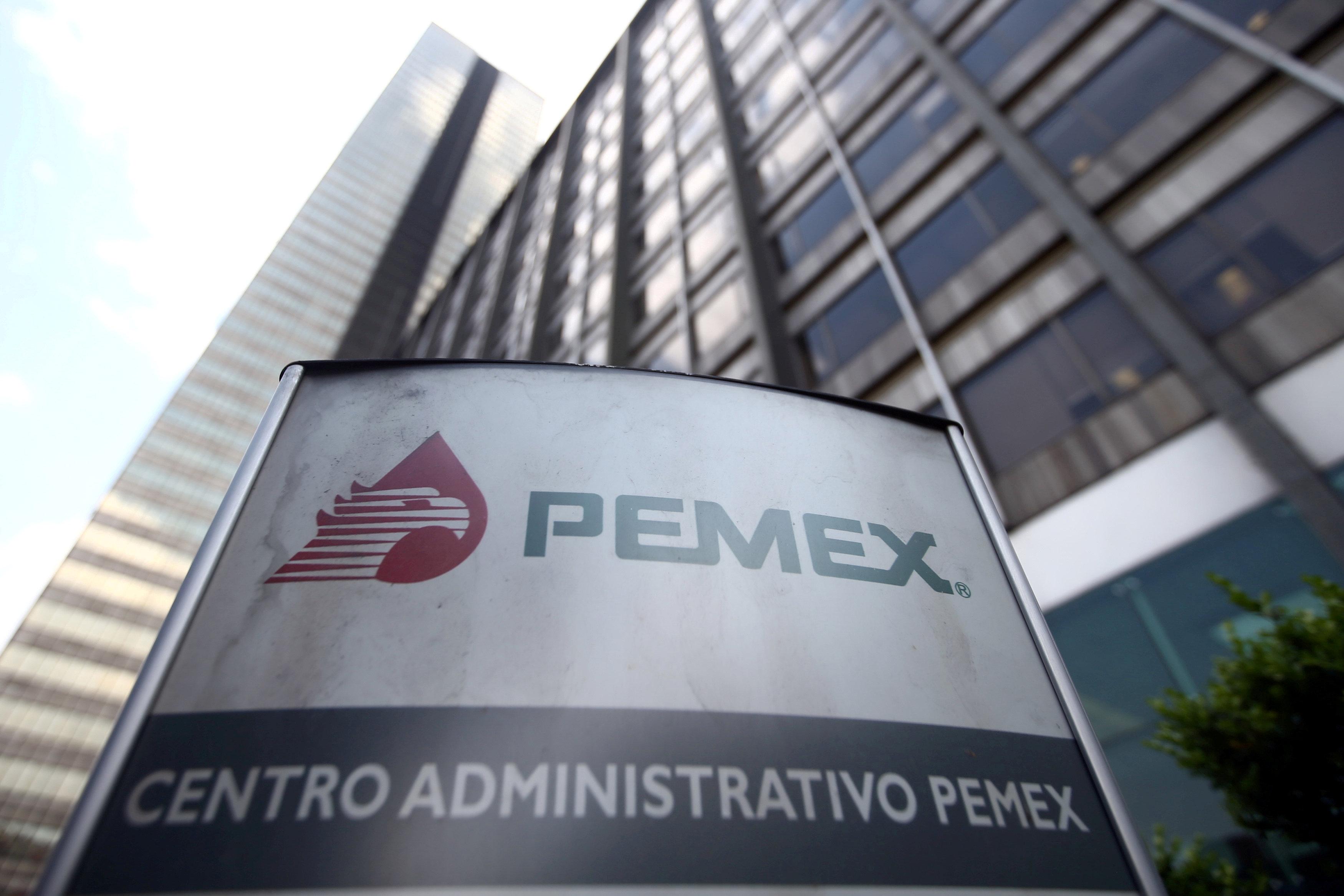 The Pemex logo is pictured during the 80th anniversary of the expropriation of Mexico's oil industry at the headquarters of state-owned oil giant in Mexico City, Mexico March 16, 2018. Edgard Garrido 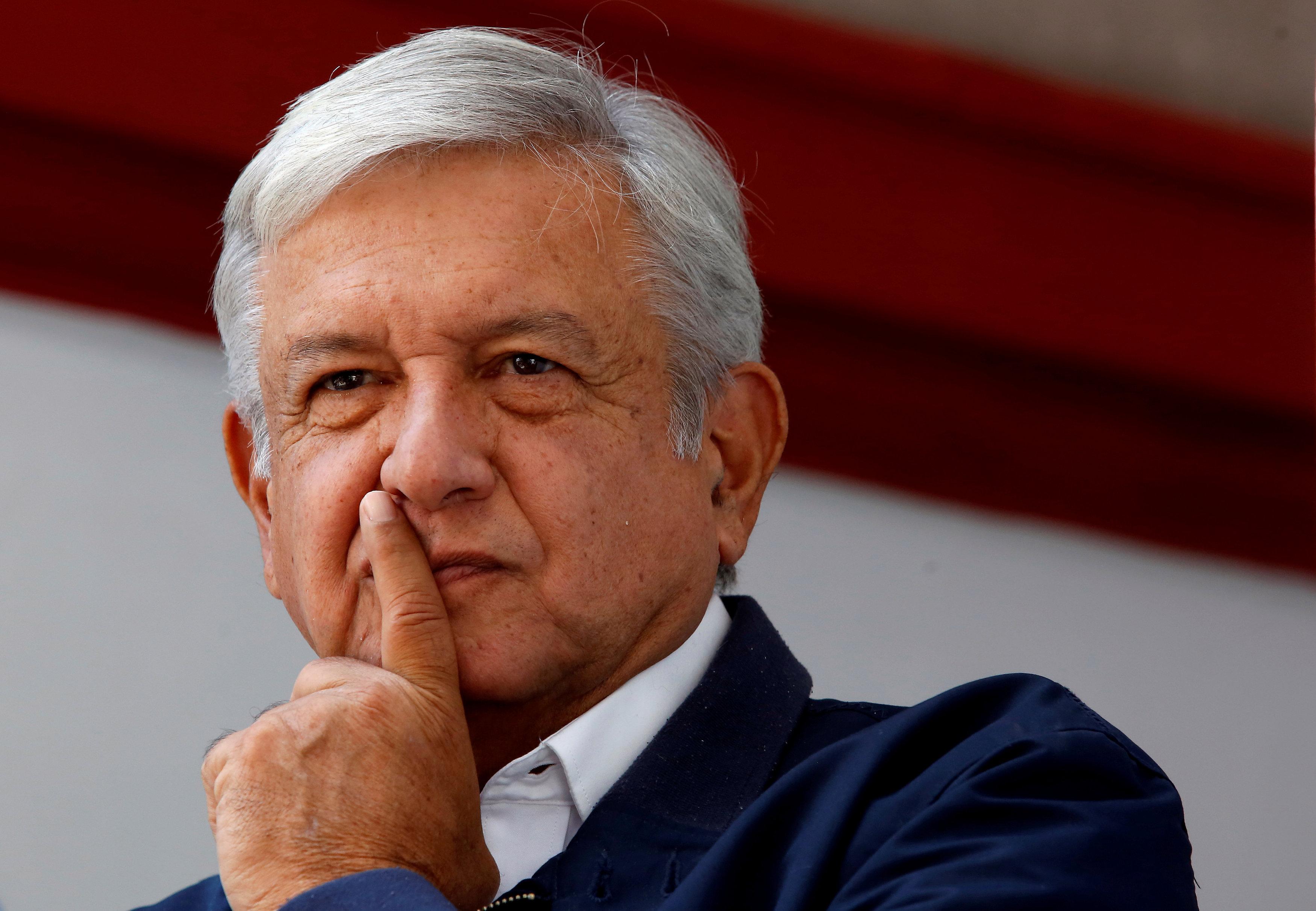 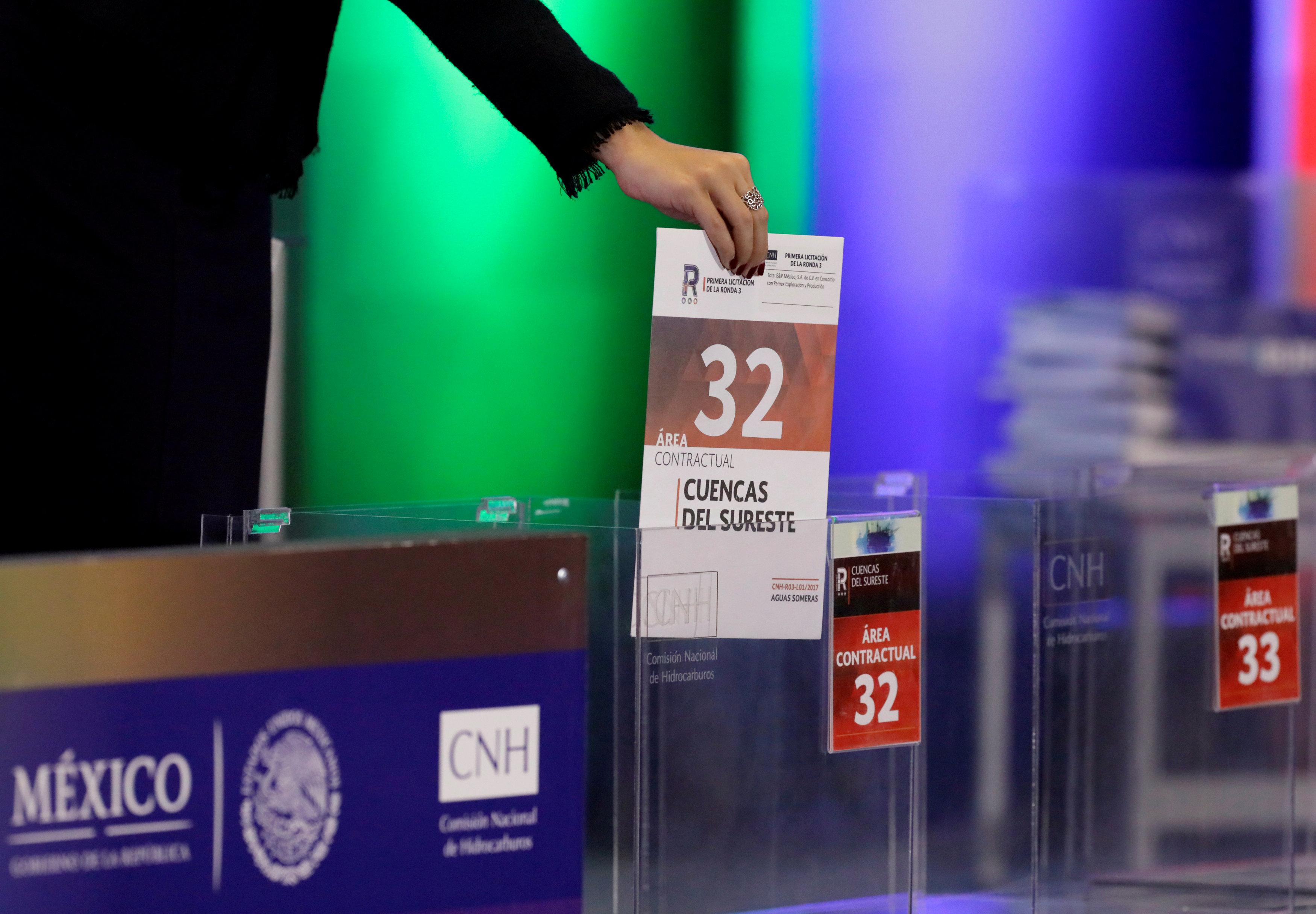 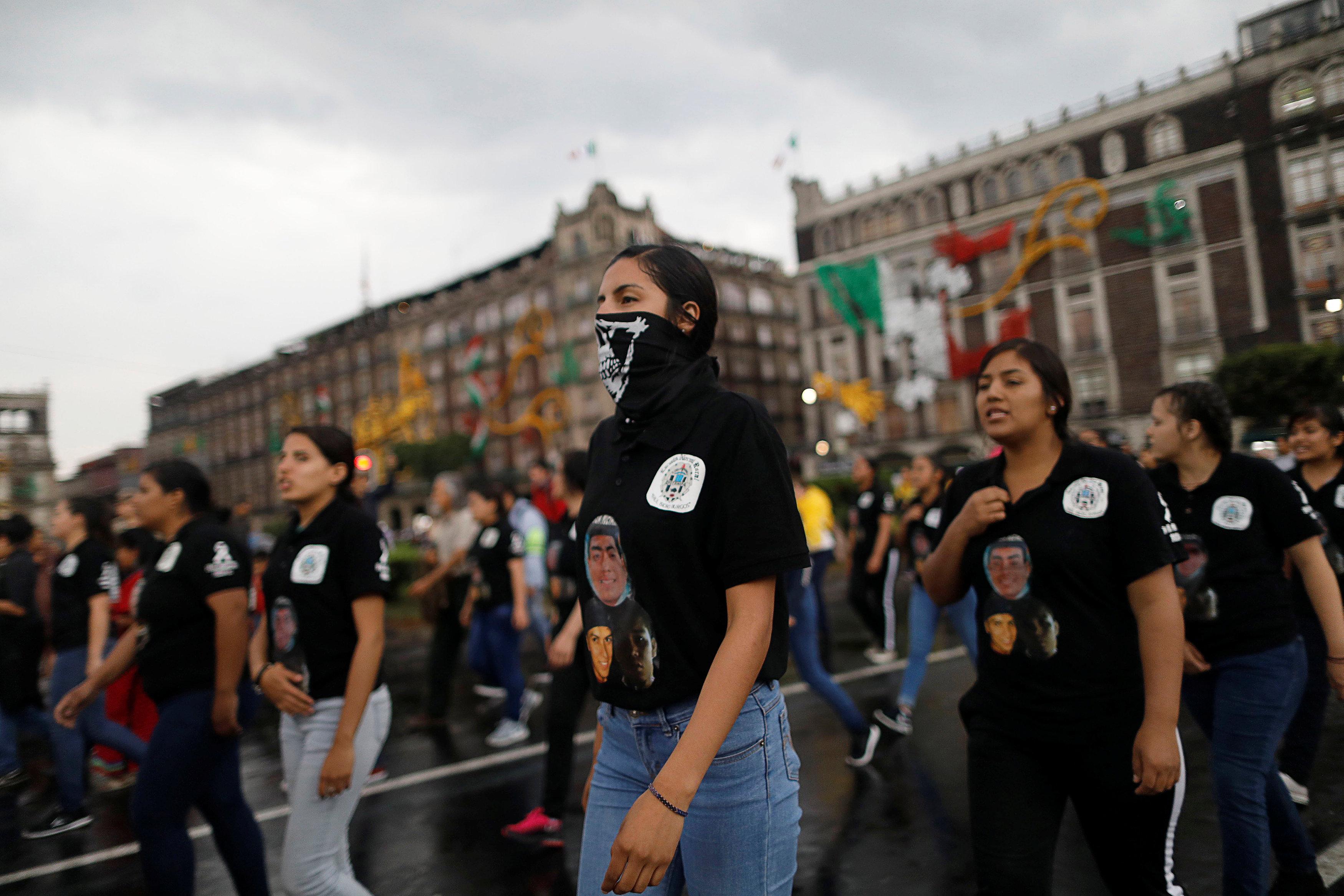 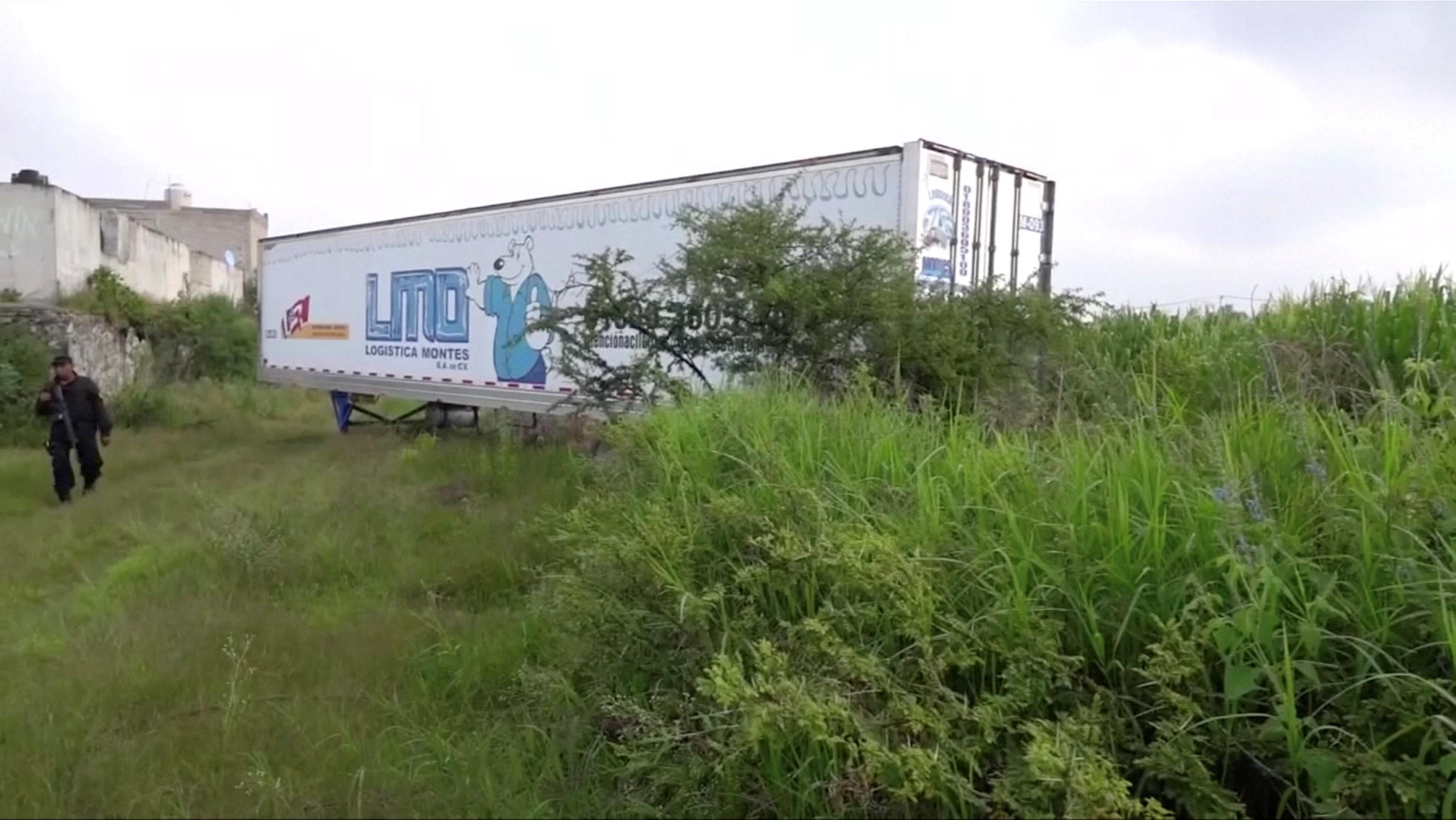 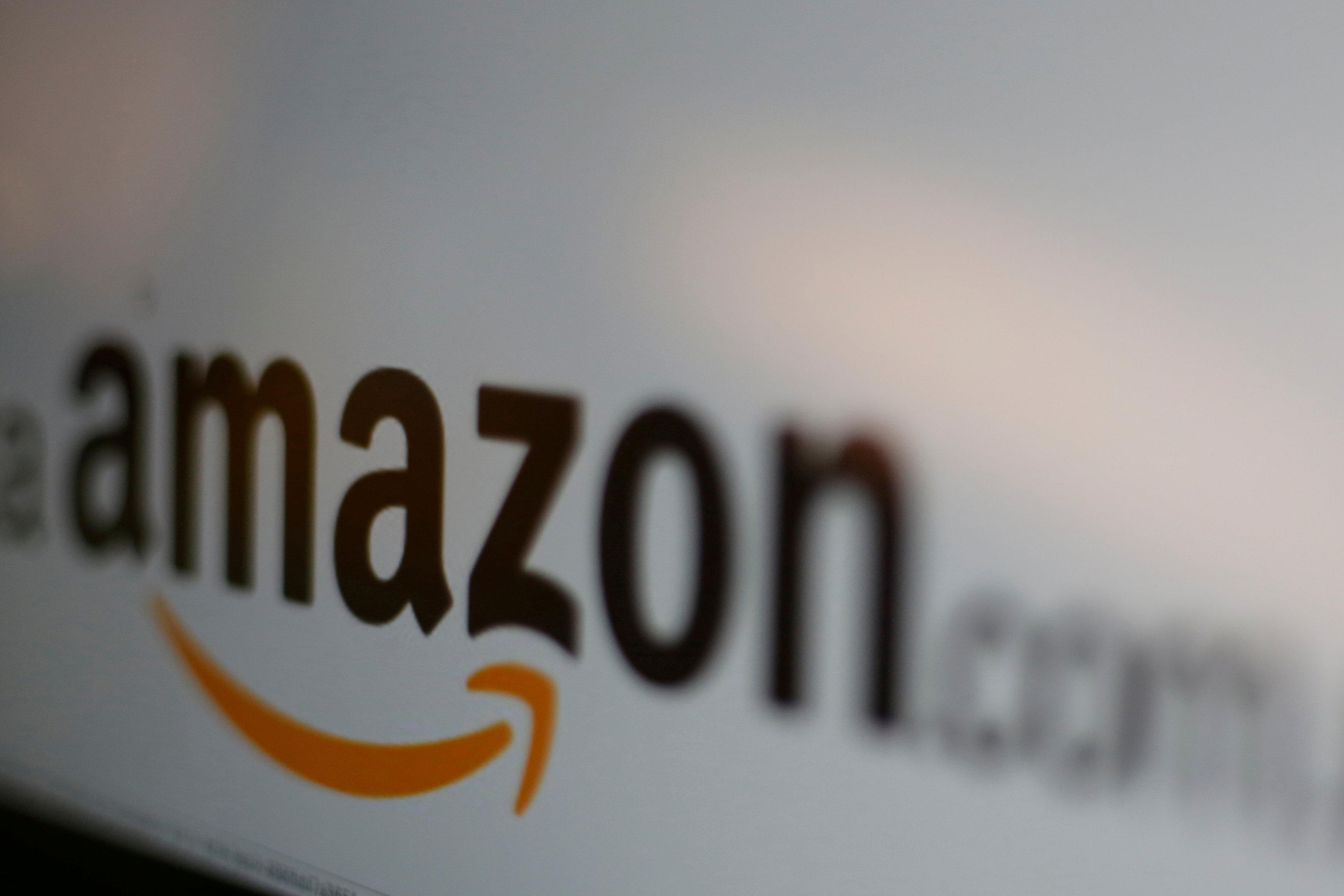 Mexico's incoming government is considering indefinitely suspending auctions for oil and gas projects, and giving state-owned Pemex authority to pick its own joint-venture partners rather than holding competitive tenders, according to policy guidelines seen by Reuters.

It was not clear to what extent the guidelines would translate into formal policy after Lopez Obrador takes office in December. They would be a sharp break with outgoing President Enrique Pena Nieto's 2013 constitutional overhaul, which opened up production and exploration to private oil companies.

Since ending Pemex's decades-long monopoly, Pena Nieto's government has forecast hundreds billions of dollars in investment from over 100 new contracts awarded to mostly foreign and private oil companies. The new guidelines would return greater responsibility for the sector to the government.

"The terms for formalizing partnerships or associations will be established by Pemex's board of directors, according to the law," states the 33-page document. The guidelines call for "an indefinite suspension of international exploration and production auctions".

The document confirms the next government's intention to review how contracts were awarded under Pena Nieto's energy policy, especially reasons why signature bonuses were not required for some licenses awarded by oil regulator, the National Hydrocarbons Commision (CNH).

Lopez Obrador vigorously opposed the reform, but his broad coalition is divided over the issue. Business-friendly aides back greater private investment in the oil and gas sector while more nationalist allies oppose it. Rocio Nahle, Lopez Obrador's designated energy minister, is a critic of the outgoing government's policy, but incoming chief-of-staff Alfonso Romo supports the opening to the private sector.

Neither Nahle nor Romo's office responded to requests for comment. Mexico's oil producers' association AMEXHI declined to comment on the document.

While the outgoing administration has sought to grant private producers total control over how to market their oil, the new guidelines would give the government more say over oil trading, with the intention of "supporting domestic supply."

In June, production from projects won at auction by private and foreign oil companies plus Pemex's Ogarrio and Cardenas-Mora joint ventures, was about 54,000 bpd of crude, according to CNH data.

These volumes are small compared with Pemex's July crude output of 1.84 million bpd, but the state-run company has been unable to reverse a decline in output since 2005.

Lopez Obrador aims to boost Mexico's oil production by a third to 2.5 million barrels per day (bpd), as well as increase very low refinery processing rates and build at least one new refinery.

But his advisors have not been clear when explaining what will happen with Pemex joint ventures, one of the few strategies the firm has successfully implemented to attract investment.

An early sign of Lopez Obrador's rejection of current energy policy was his call during the campaign to suspend two auctions scheduled for the autumn, including tenders to pick new equity partners for Pemex.

The auctions have been pushed back to February and it was not clear if Lopez Obrador will allow them to proceed.

The guidelines say Pemex's exploration and production tie-ups would be postponed "until the scheme is modified and (partnerships) are registered in a long-term strategic plan."

Pemex has so far secured partnerships for the $11-billion deepwater Trion project as well as in the onshore fields Ogarrio and Cardenas-Mora in the southern Gulf coast state of Tabasco.

The document states the incoming government is also considering leaving the IEA and would explore "the possibility of a closer approach and better coordination" with the Organization of the Petroleum Exporting Countries (OPEC).