The logo and ticker for Campbell Soup Co. are displayed on a screen on the floor of the New York Stock Exchange (NYSE) in New York, U.S., May 18, 2018. Brendan McDermid 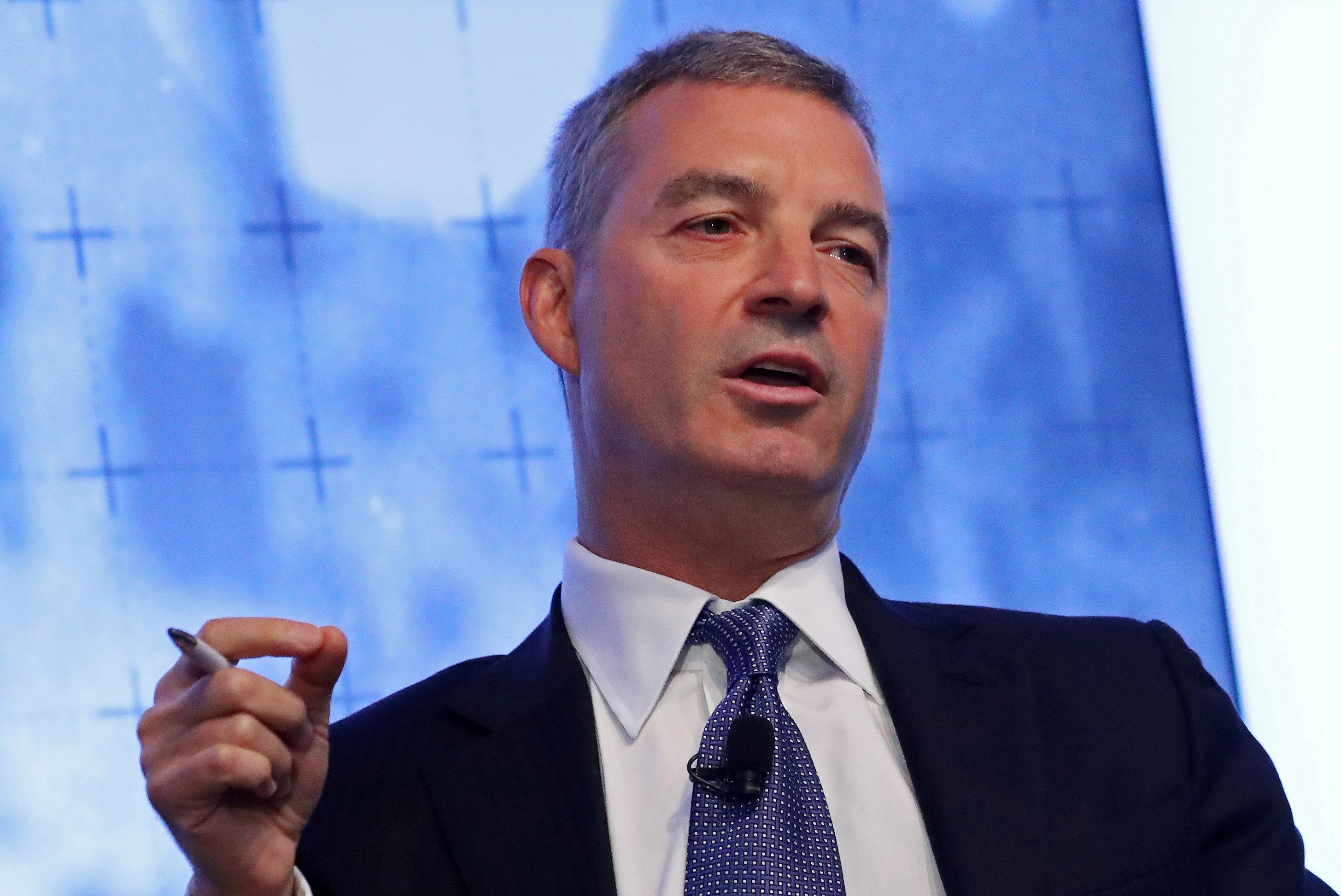 Activist investor Daniel Loeb's hedge fund Third Point LLC is speaking to consumer industry executives as it seeks to fill a slate of nominees to challenge Campbell Soup Co's board of directors, according to people familiar with the matter.

Third Point, which holds a 5.65 percent stake and has been pushing for a sale of Campbell Soup, is not convinced the company has adequately explored that option, the sources said.

On Thursday, Campbell Soup said it planned to sell its international and fresh refrigerated-foods units, and only left open the possibility of putting the whole company up for sale down the line, as it focuses on improving its operational performance.

Food industry veteran Douglas Conant, who was chief executive officer of Campbell Soup for a decade until 2011, and William Perez, a former CEO at Wm. Wrigley Jr. Company who also previously served on Campbell Soup's board, are among the people Loeb is holding discussions with, the sources said.

Third Point is hoping it can replace the entirety of Campbell Soup's 12-member board, the sources said. The hedge fund is expected to finalize its slate in the next two weeks, before a mid-September deadline for board director nominations, according to the sources.

The sources asked not to be identified because the matter is confidential. Third Point declined to comment, while Conant and Perez could not be immediately reached for comment.

The company said it does not comment on rumors or speculation and said it considered all options in its now-completed strategic review. "The Board remains open and committed to evaluating all strategic options to enhance value in the future," the company said in a statement.

Campbell Soup shares rose as much as 1.7 percent on Friday and were up 0.7 percent at $39.42 in afternoon trade, giving the company a market value of $11.9 billion.

Loeb, who runs the $18 billion Third Point hedge fund, has not commented publicly on his next move after announcing in early August that he views a sale of the 149-year-old maker of soups and snacks as "the only justifiable outcome" of the review.

He faces an uphill struggle in any battle for control of Campbell Soup, given that descendants of former Campbell Soup Chairman John Dorrance own a combined stake of about 42 percent in the company. However, a board challenge could ratchet up pressure on Campbell Soup to explore a sale more actively.

Loeb could also nominate George Strawbridge, a Dorrance grandchild who is now working with Loeb and is calling for a sale, as a director, according to the sources. Strawbridge could not be reached for comment.

Two other Dorrance grandchildren, Mary Alice Malone and Bennett Dorrance, as well as great-grandson Archbold van Beuren, currently sit on Campbell Soup's board. Other directors, including Randall Larrimore and Les Vinney, have served since the early 2000s.

"Loeb will want fresh perspectives from people he can trust," said Damien Park, a managing director at Spotlight Advisors, which often advises companies being targeted by activists.

It is not clear who could buy Campbell Soup at this stage. Kraft Heinz Co has considered an acquisition of Campbell in the past, sources have told Reuters, but there is no sign that the company has made a new approach.

Once known as one of Wall Street's toughest rabble rousers who relished writing humiliating letters to chief executives, Loeb has recently toned down the rhetoric, maturing into a more disciplined investor, say investors who know him.

The last time Loeb ran a proxy contest to challenge a board was at Sotheby's, the art auction house. He settled for three Sotheby’s board seats four years ago, joining the Sotheby’s board himself.

To stay relevant and continue putting up top performance numbers in his fund - he has delivered an average annual return of 18.3 percent - Loeb has tried new approaches and branching out his business, investors said.

Campbell Soup, which revolutionized the home-cooking industry with easy-to-prepare soups and low-cost production techniques, has been struggling to attract young consumers to its namesake soups and Pepperidge Farm cookies.

Denise Morrison stepped down as CEO abruptly in May after a string of poor results. That same day, the company announced its sweeping review and named Keith McLoughlin as interim CEO. McLoughlin said on Thursday the search for a permanent CEO is continuing.