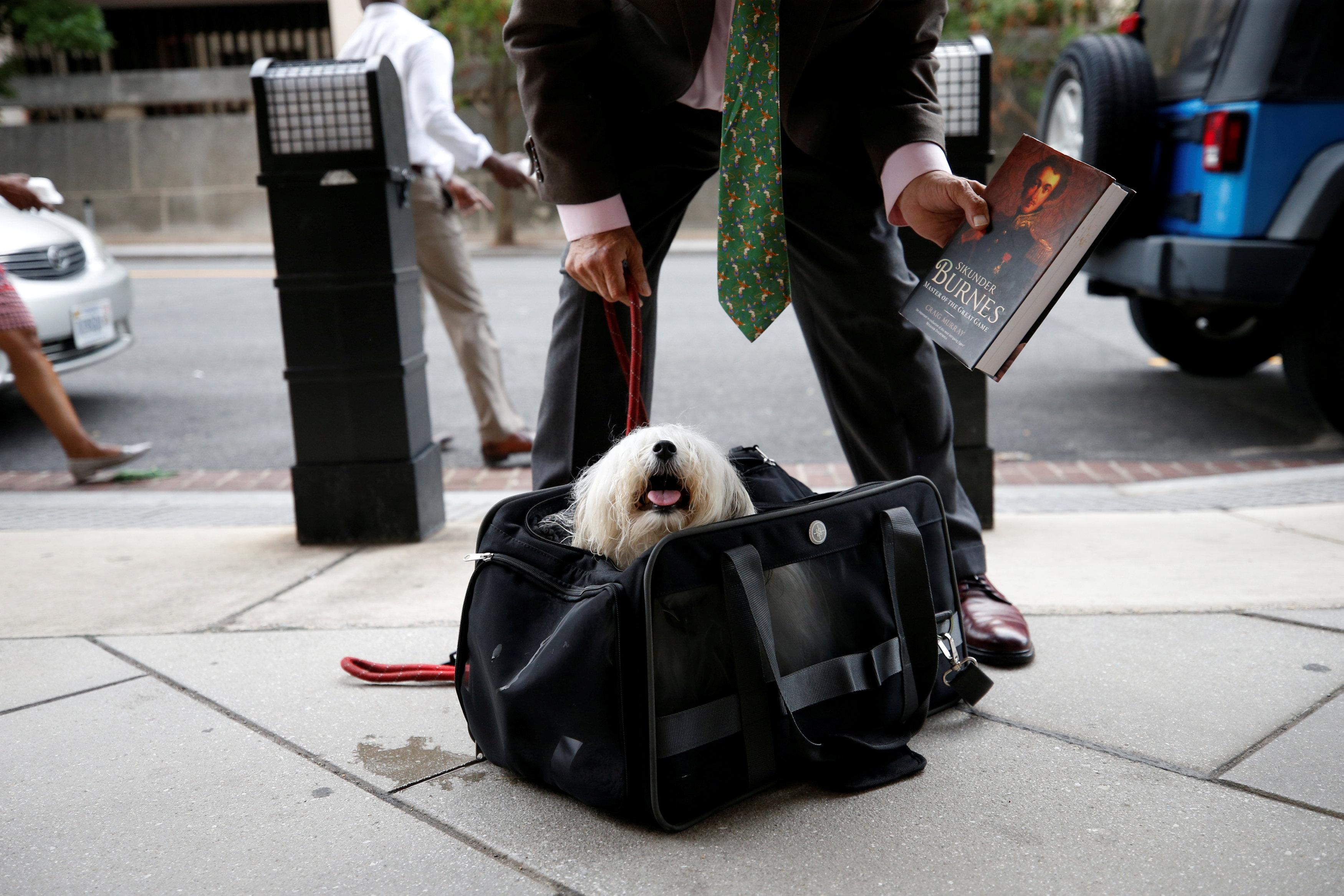 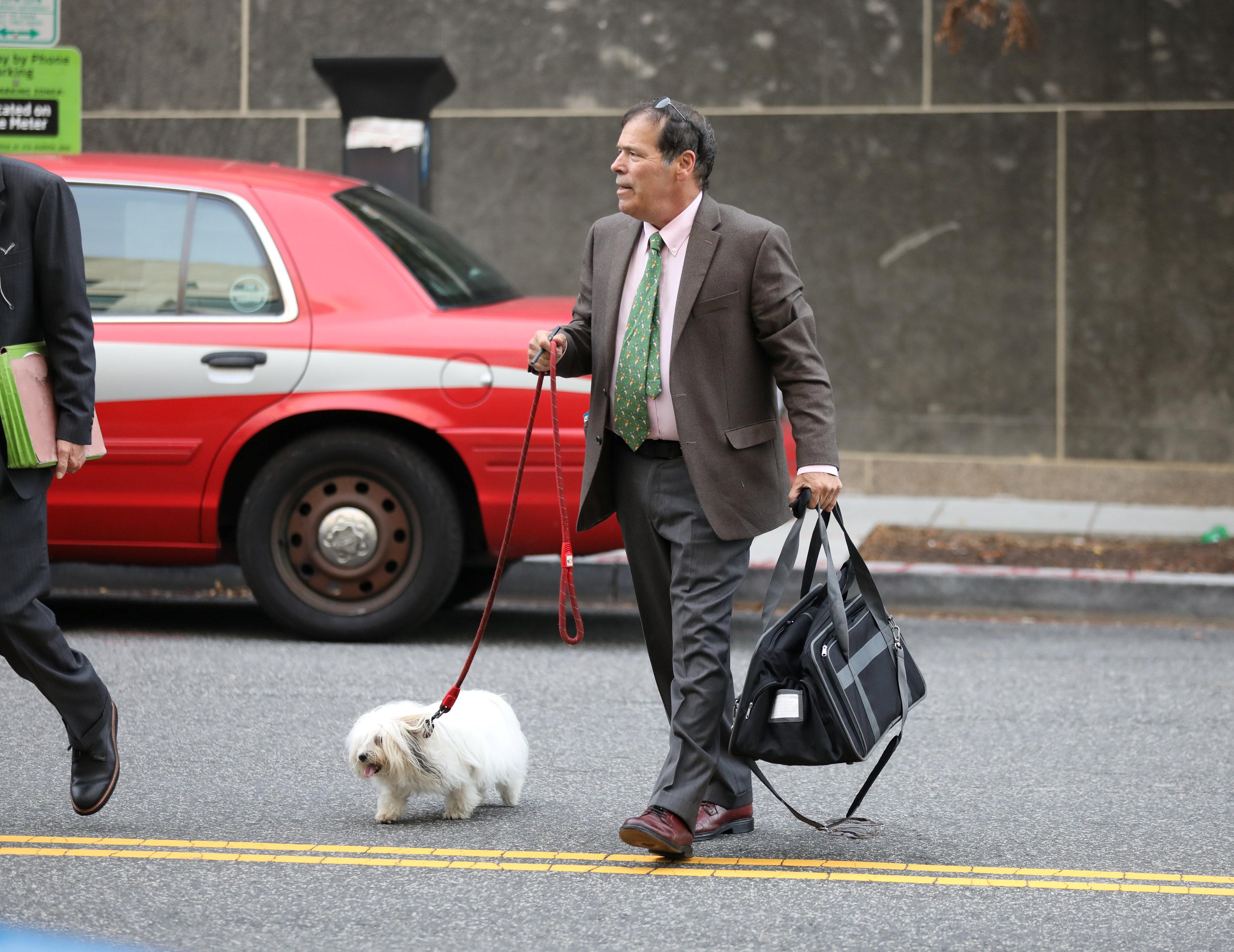 Randy Credico, an associate of former Trump campaign adviser Roger Stone, walks with his pet dog as he arrives to testify before the grand jury convened by Special Counsel Robert Mueller at U.S. District in Washington, U.S., September 7, 2018. Chris Wattie 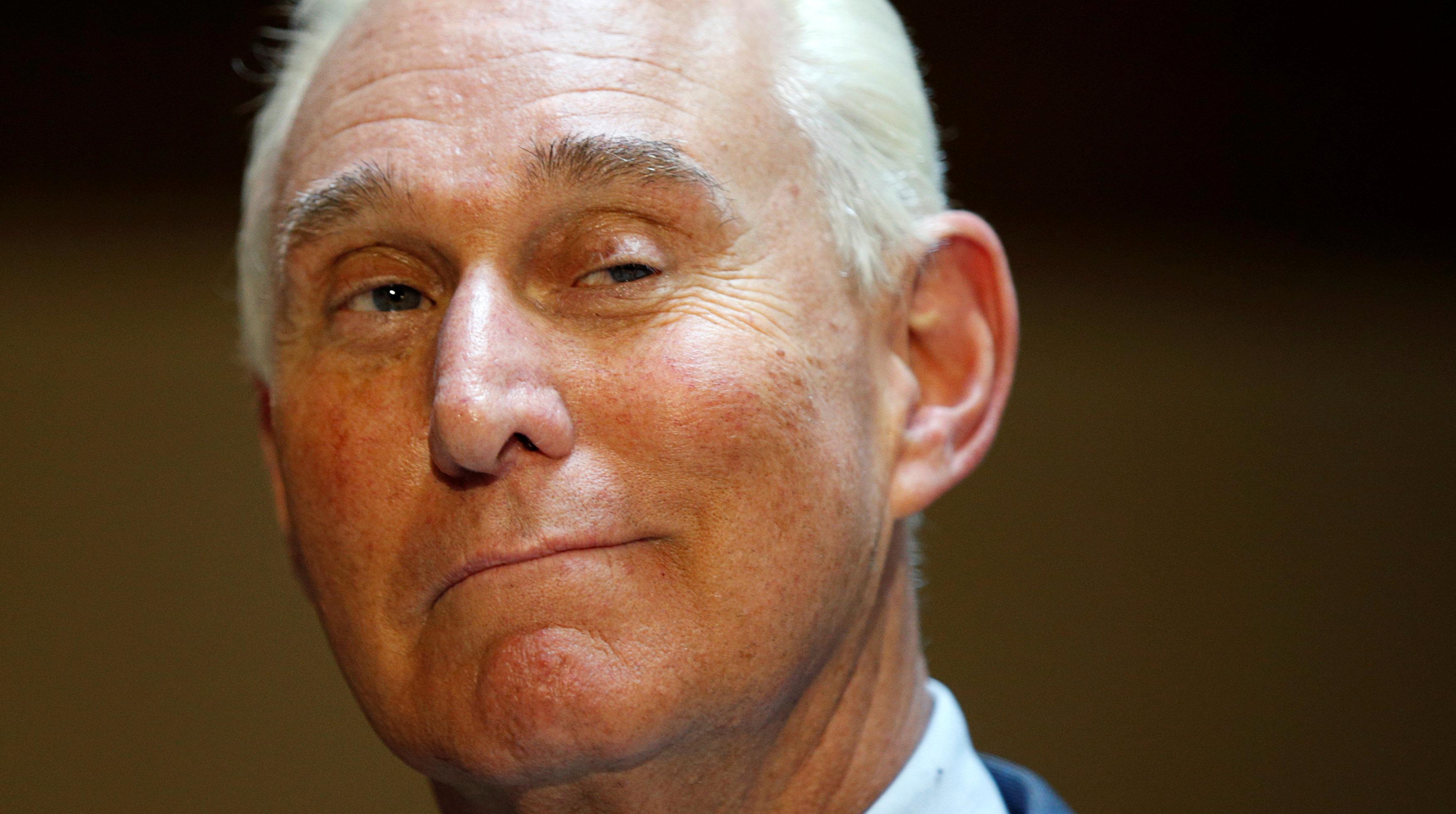 An associate of Roger Stone, a longtime ally of U.S. President Donald Trump, was questioned in front of a grand jury in the special counsel's Russia probe on Friday about his years-long relationship with Stone and about Wikileaks, the associate's lawyer told Reuters.

Randy Credico, a comedian and talk show host, had been subpoenaed to testify as part of Special Counsel Robert Mueller's investigation into Russia's meddling in the 2016 election and possible collusion with the Trump campaign, which the president denies.

Credico's lawyer, Martin Stolar, said his client's testimony was predominantly focused on his relationship with Stone "over a number of years." He said Credico was also asked about Stone's interactions with Wikileaks, which came under scrutiny after publishing emails hacked from the Democratic Party and the account of candidate Hillary Clinton's campaign chairman before the 2016 election.

Another Stone associate, right-wing commentator Jerome Corsi, was also scheduled to testify on Friday before that plan was put on hold. Corsi was questioned by Mueller's team on Thursday, his lawyer David Gray said.

The testimony outlined by Stolar appeared to confirm that Mueller's prosecutors are focused in part on Stone's contacts with Wikileaks. A series of other Stone associates contacted by Mueller were also asked about Stone's ties to Wikileaks and its founder Julian Assange, people familiar with those interviews have said.

Stone, for decades a Republican political operative who also advised Trump, was at one point in contact with Credico as a possible intermediary to Assange. Credico interviewed Assange for a radio program and visited him in 2017 in the Ecuadorean Embassy in London where he took refuge six years ago to avoid extradition to Sweden in a sexual molestation investigation.

Mueller’s office is looking into whether Stone had advance knowledge of material detrimental to Clinton that U.S. intelligence agencies have concluded was obtained by Russia through hacking, the people familiar with the interviews said.

Credico's lawyer Stolar said Credico had also received a request from the Senate Intelligence Committee to appear for an interview and to provide "certain documents". Credico would likely decline to appear voluntarily, Stolar said.

Credico, who brought his therapy dog with him to court in Washington, told Reuters that he was feeling "overwhelmed" after his testimony without providing details about what he was asked.

Corsi's lawyer, Gray, declined comment on the content of Thursday's questioning, although he had said earlier this week that he and Corsi believed it would be about his email and phone communications with Stone, which started in 2016.

Russia denies U.S. allegations of meddling in the election. Stone has denied having any advance knowledge. He has said he has neither been interviewed by Mueller's team nor summoned before a grand jury.