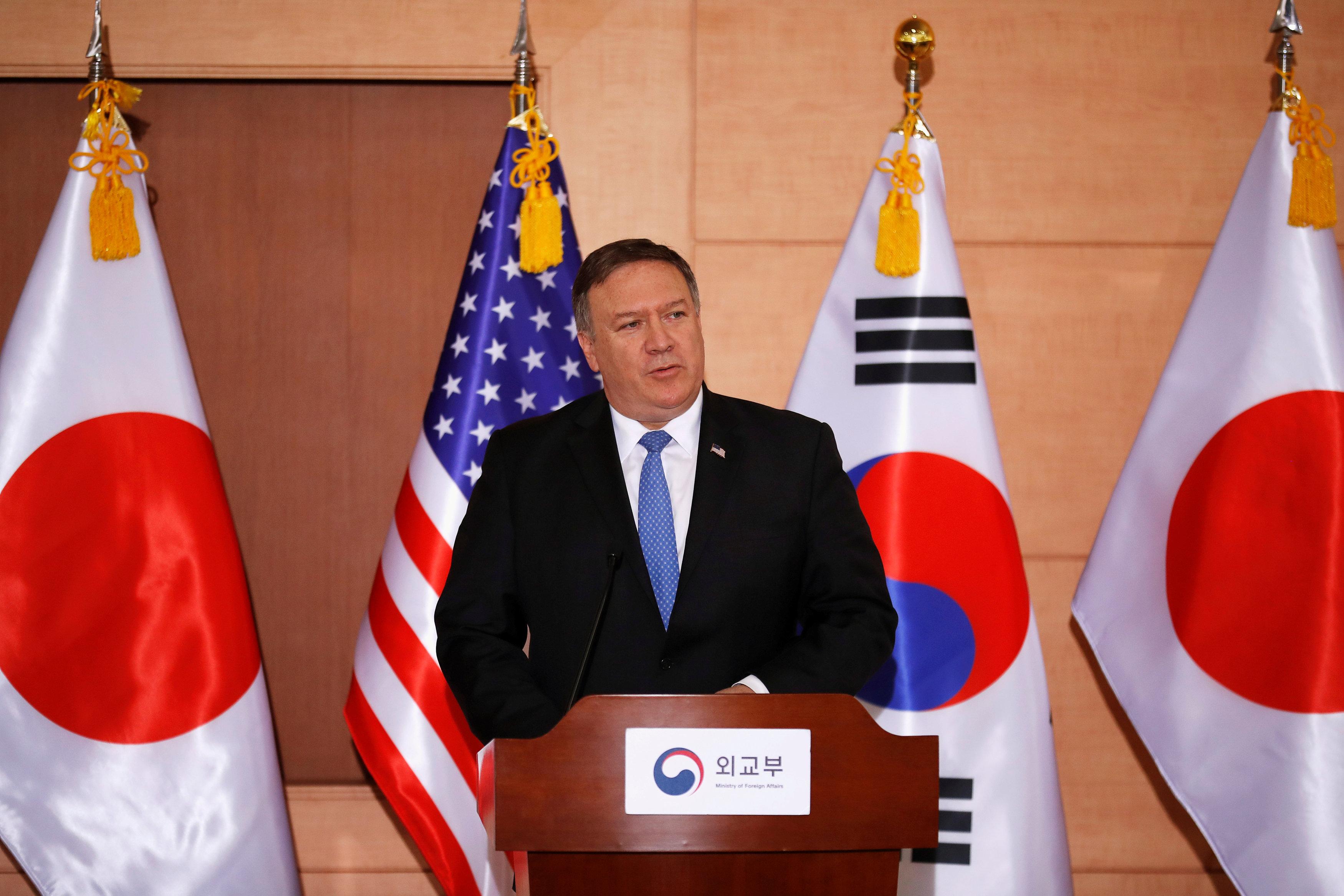 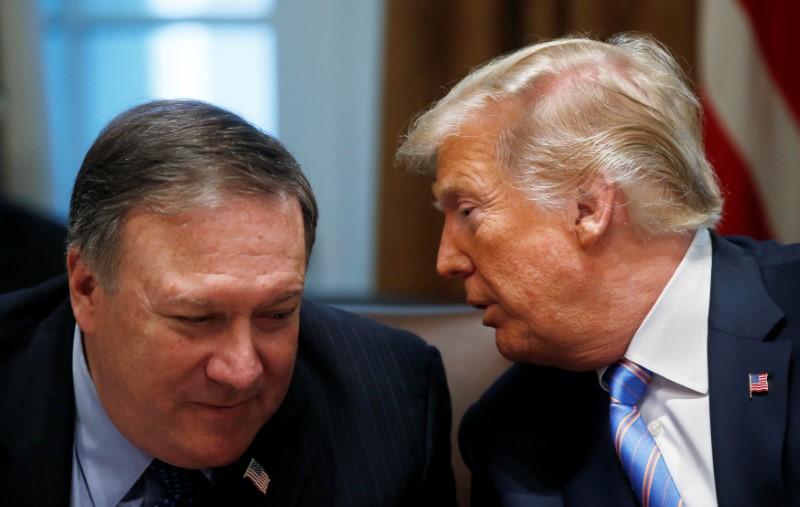 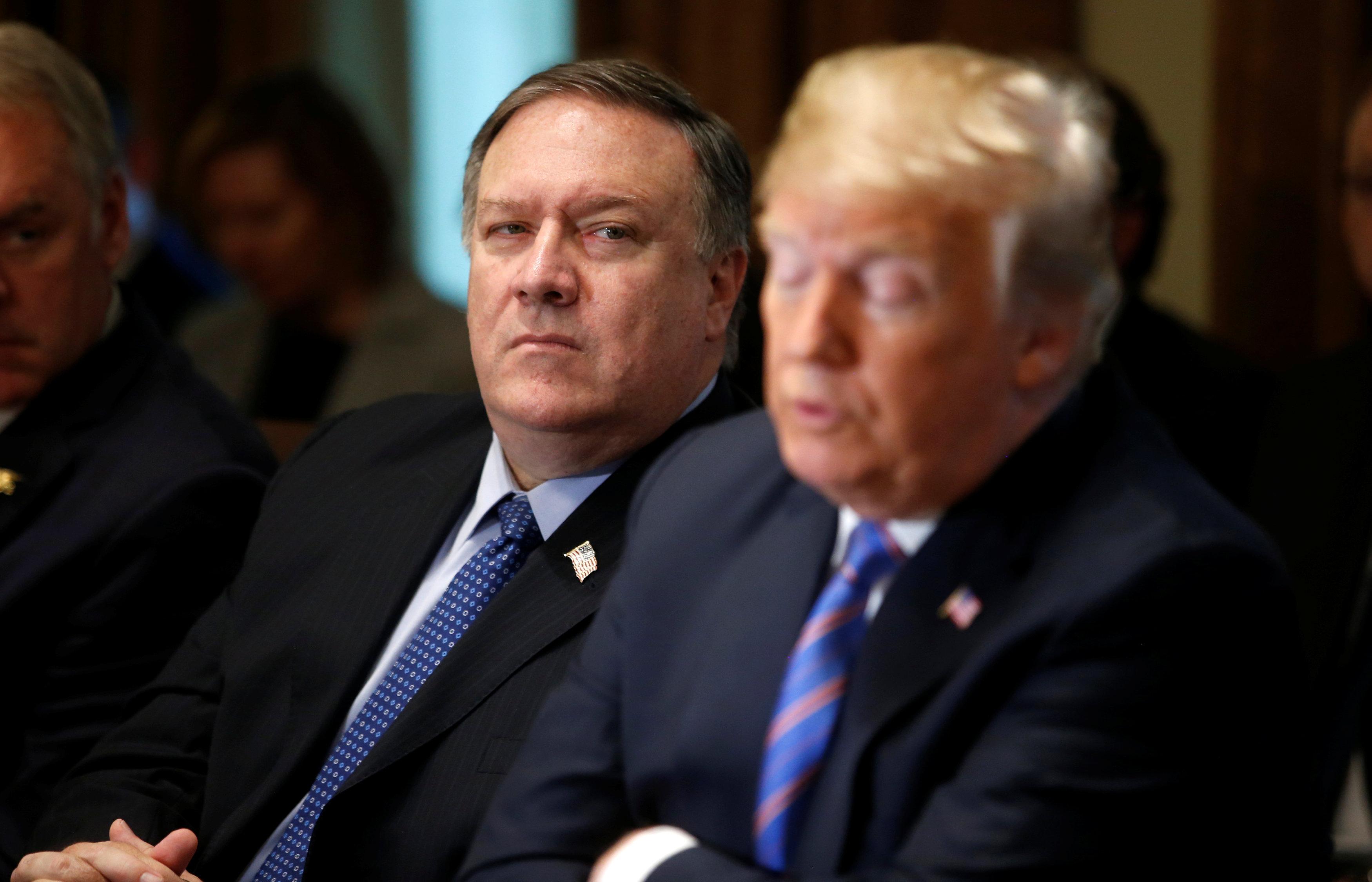 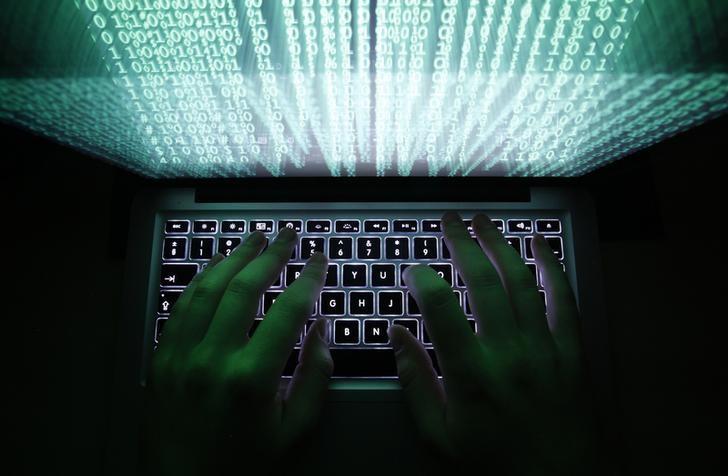 Reaching a denuclearization deal with North Korea "may take some time," U.S. Secretary of State Mike Pompeo said on Wednesday, reiterating that sanctions would continue to be enforced in the meantime, even as Russia's envoy to Pyongyang proposed discussions on easing them.

Speaking at a cabinet meeting chaired by U.S. President Donald Trump, Pompeo, who held inconclusive talks in North Korea earlier this month, said progress had been made on some issues.

"There's a lot of work to do. It may take some time to get where we need to go. But all of this will be taking place against the backdrop of continued enforcement of existing sanctions," he said.

Pompeo said North Korea had reaffirmed its commitment to give up its nuclear weapons and that progress had been made on arranging the return of remains of U.S. soldiers killed in the 1950-53 Korean War.

"I think in the next couple weeks we'll have the first remains returned. That's the commitment," Pompeo said, adding that the issue was very important for the families involved.

Pompeo said that while more work was needed, it was "a very hopeful place that we find ourselves with, making a strategic change for North Korea, giving them the opportunity for a brighter future for their people."

Pompeo traveled to North Korea this month hoping to agree a roadmap for denuclearization, but any progress has appeared limited, and Pyongyang issued an angry statement as soon as he left, accusing his delegation of making "gangster-like" demands.

North Korean leader Kim Jong Un made a broad commitment to denuclearize at an unprecedented summit with Trump in June, but offered no details as to how and when this might take place, leaving considerable doubts about Pyongyang's intentions.

The U.S. administration has given no indication as to when dialogue on denuclearization might resume and has appeared to back away from trying to set a timeline for the process.

On Tuesday, Trump said there was "no time limit" and reiterated in a tweet on Wednesday that there was "no rush," noting that sanctions remained in place and there would be big benefits for North Korea at the end of the process.

Trump also said he elicited a promise from Russian President Vladimir Putin in their Helsinki meeting this week to help negotiate with North Korea, but did not say how.

While the United States has stressed the need to maintain sanctions on North Korea, Russia's envoy to Pyongyang was quoted by the RIA news agency as saying it would be logical to raise the question of easing sanctions with the U.N. Security Council, given positive changes.

Trump announced after the June summit that Kim had agreed to return the remains of "thousands and thousands" of Americans killed in the Korean War, but no remains have been handed over since then, raising further questions about North Korean intentions.

A senior U.S. defense official said on Tuesday Washington hoped North Korea would return about 50 sets of remains within two weeks but details were still uncertain, in spite of two days of talks between U.S. and North Korean officials on Sunday and Monday.