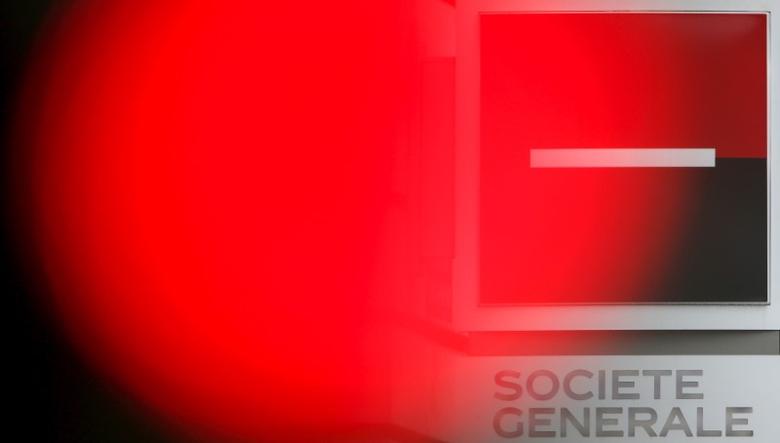 A traffic light shines red near the French bank's Societe Generale's logo, pictured at a bank buidling in Paris, April 11, 2016. Christian Hartmann GLOBAL BUSINESS WEEK AHEAD PACKAGE - SEARCH 'BUSINESS WEEK AHEAD MAY 2' FOR ALL IMAGES - RTX2CDFF 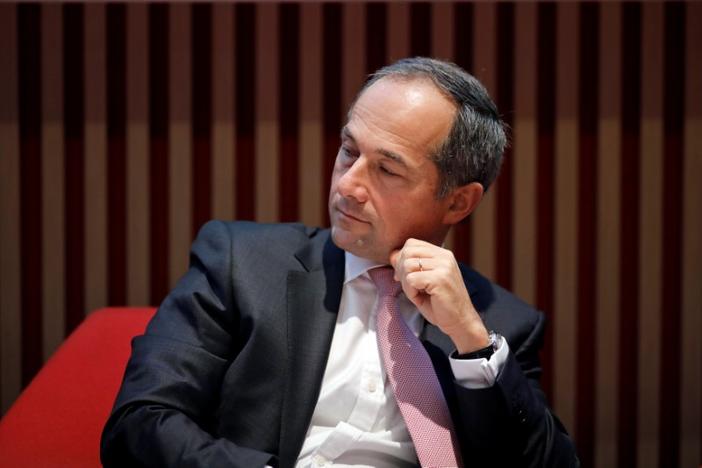 France's Societe Generale (SOGN.PA) could move 400 corporate and investment banking jobs out from London as part of its Brexit plans, with most of them going mainly to Paris, the bank's chief executive Frederic Oudea told Reuters.

"At this stage, it seems quite clear that it will be necessary to relocate a certain number of jobs to the euro zone," Oudea told Reuters on the sidelines of a conference in Paris, attended by French prime minister Edouard Philippe and banking executives from JP Morgan (JPM.N), HSBC (HSBA.L), BNP Paribas (BNPP.PA) and Amundi (AMUN.PA).

"In this scenario, in the light of the decisions taken by the government, we will concentrate the relocations in France," added Oudea.

The new French government has stepped up efforts to attract London banks to Paris after Brexit, by pledging to cut labor costs and ensure they do not face tougher regulations than European rivals.

Oudea said the possible move of jobs post-Brexit would concern 300 to 400 investment banking jobs out of 2,000 it has currently has overall in London.