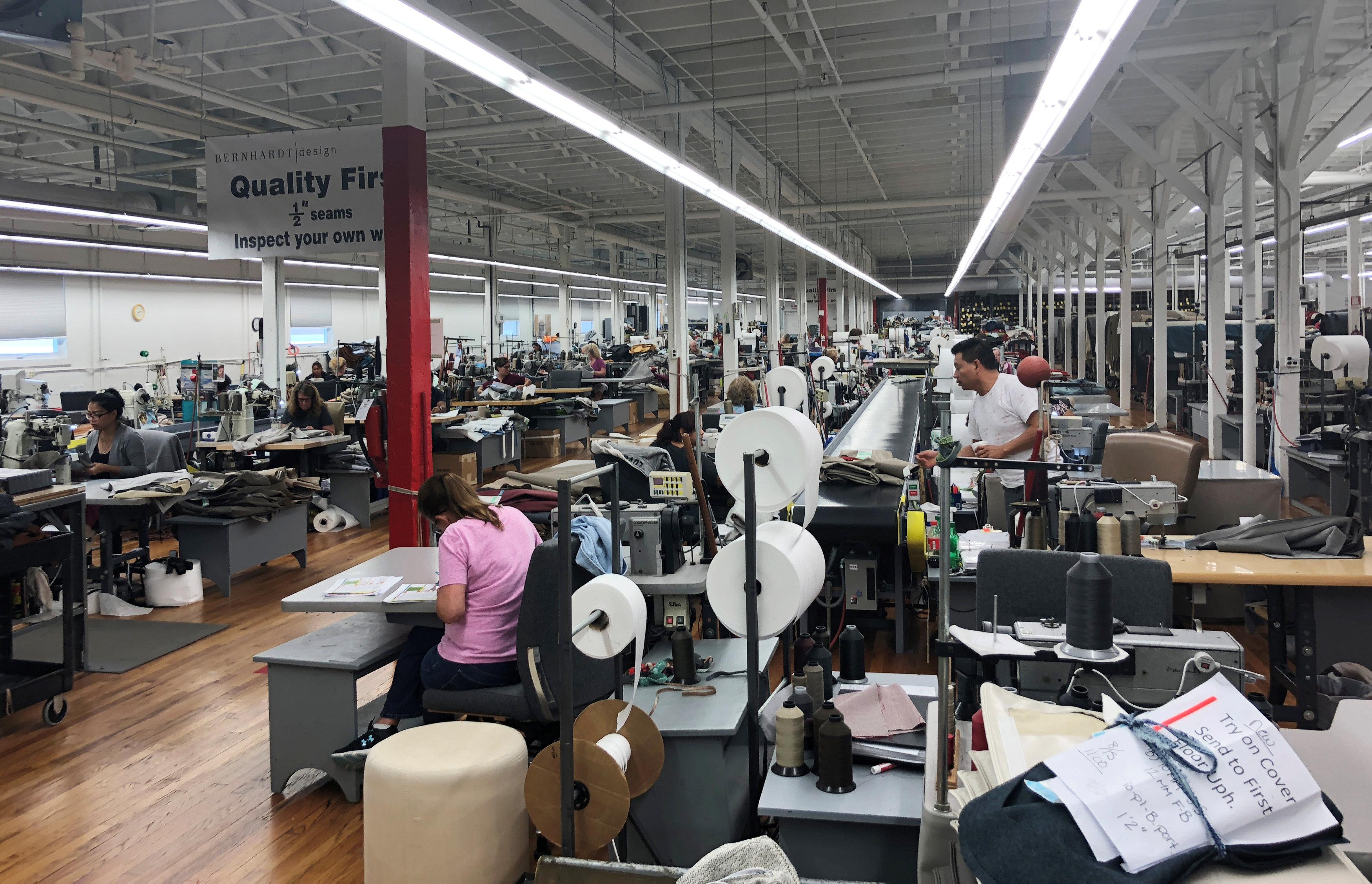 The sewing lines at Bernhard Furniture Company which where skilled craft jobs are growing without the help of tariffs, and company officials say they are pressed to fill open positions is shown in Lenoir, North Carolina, U.S., August 15, 2018. Howard Schneider 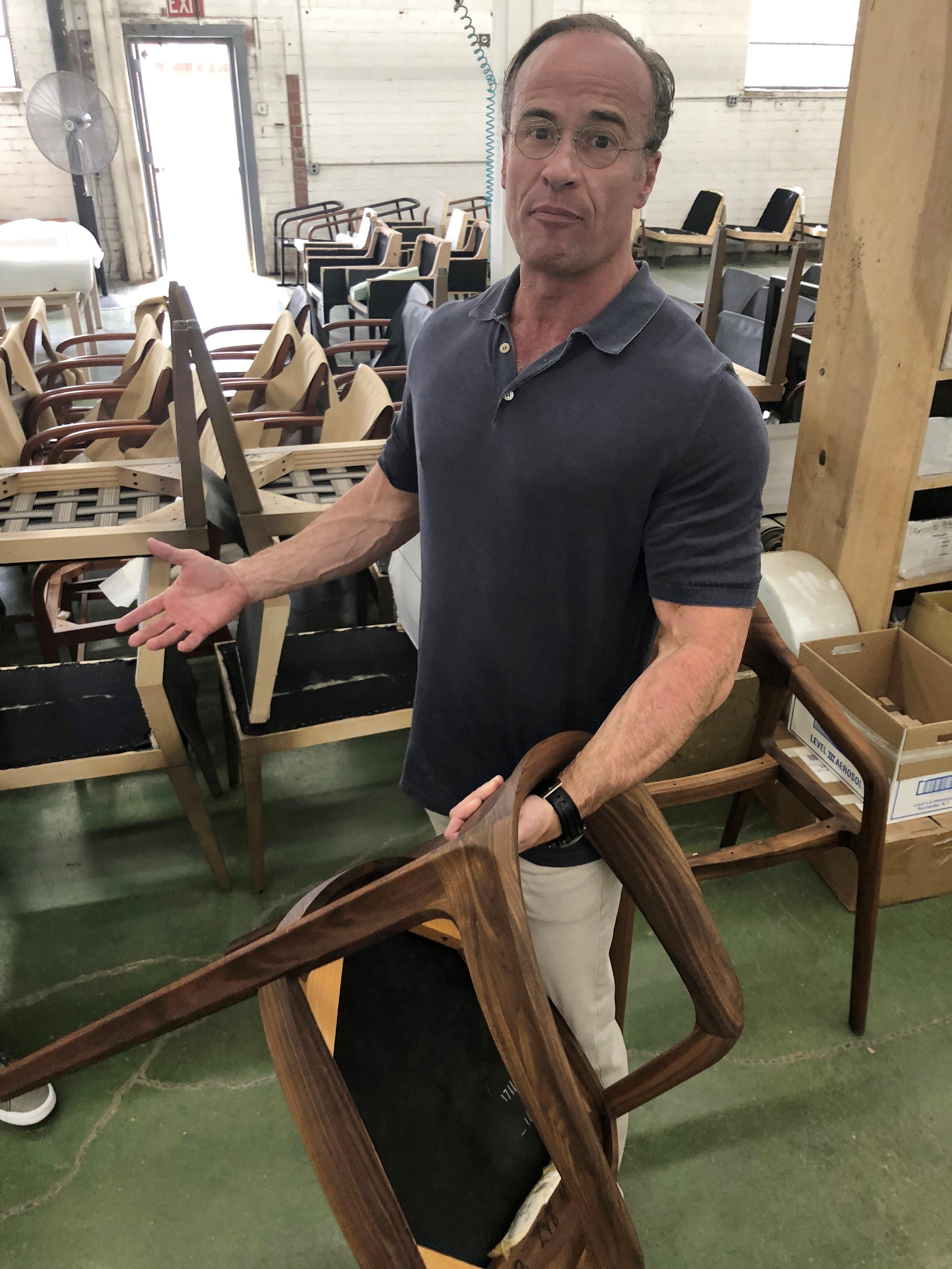 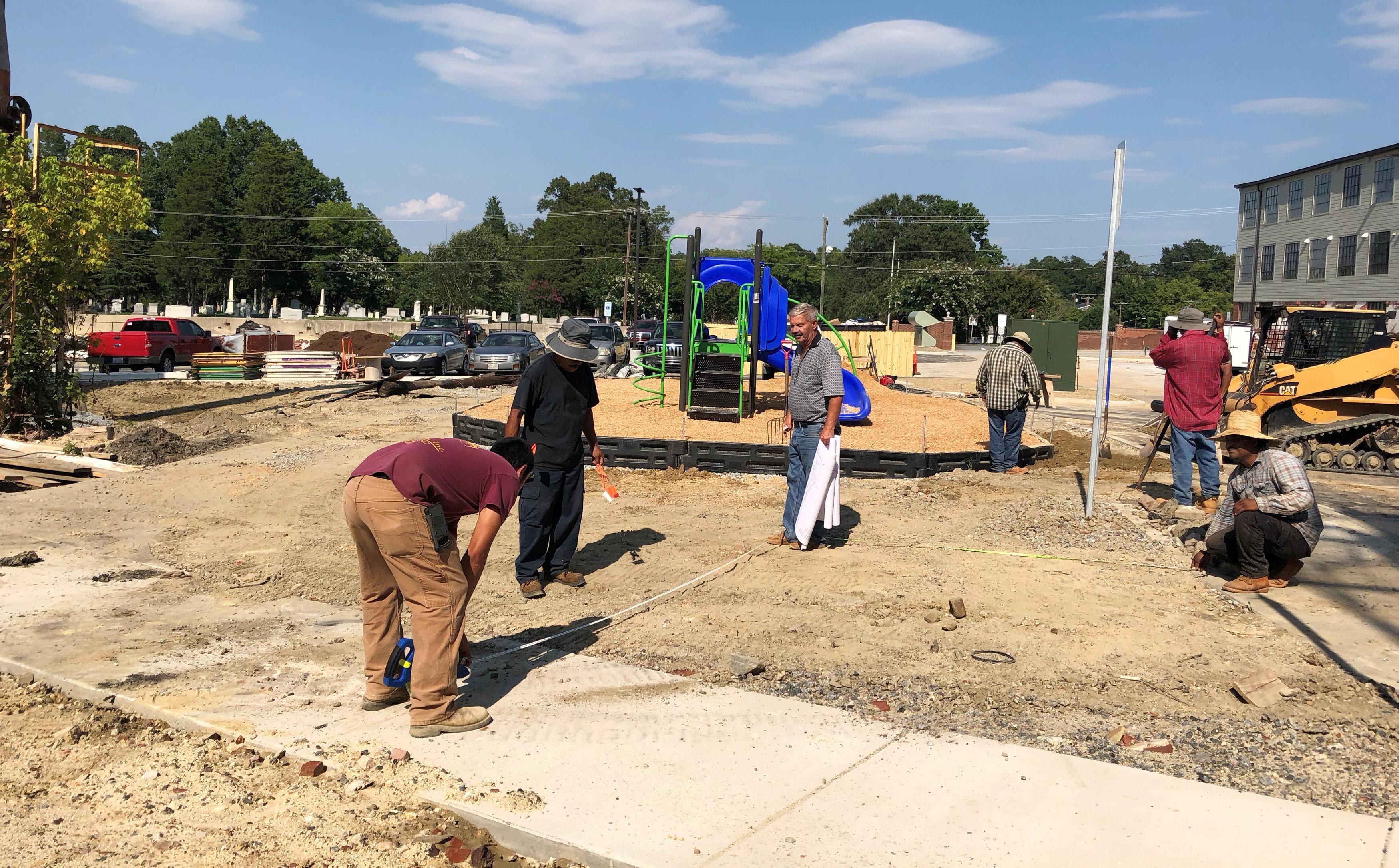 Workers install a playground outside a former furniture factory that is being converted to apartments in Thomasville, North Carolina, U.S., August 14, 2018. Howard Schneider 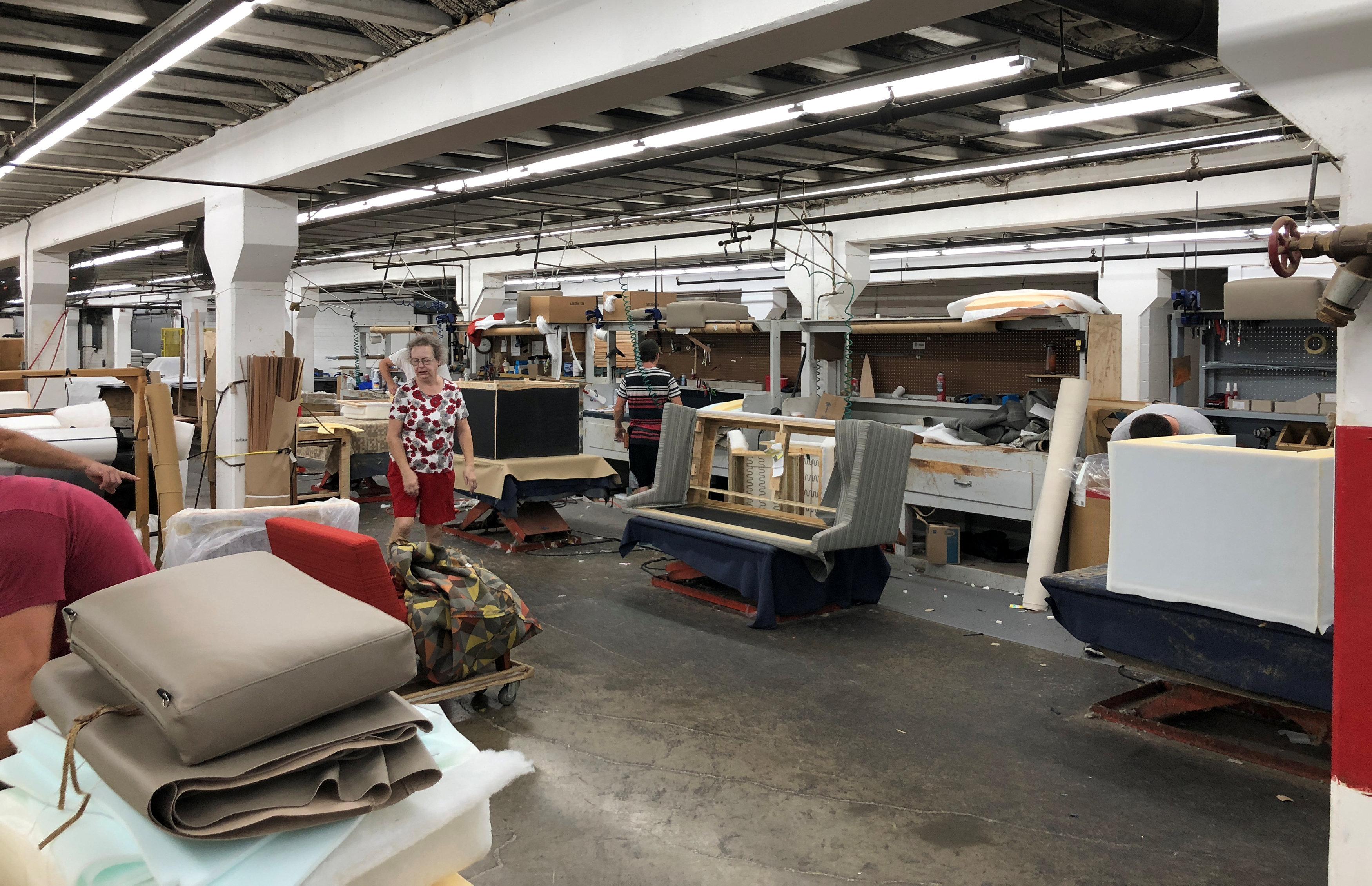 The assembly line at Bernhardt Furniture Company where the focus has shifted to upholstered and other goods that allow greater customisation, and can't be outsourced abroad is shown in Lenoir, North Carolina, U.S., August 15, 2018. Howard Schneider 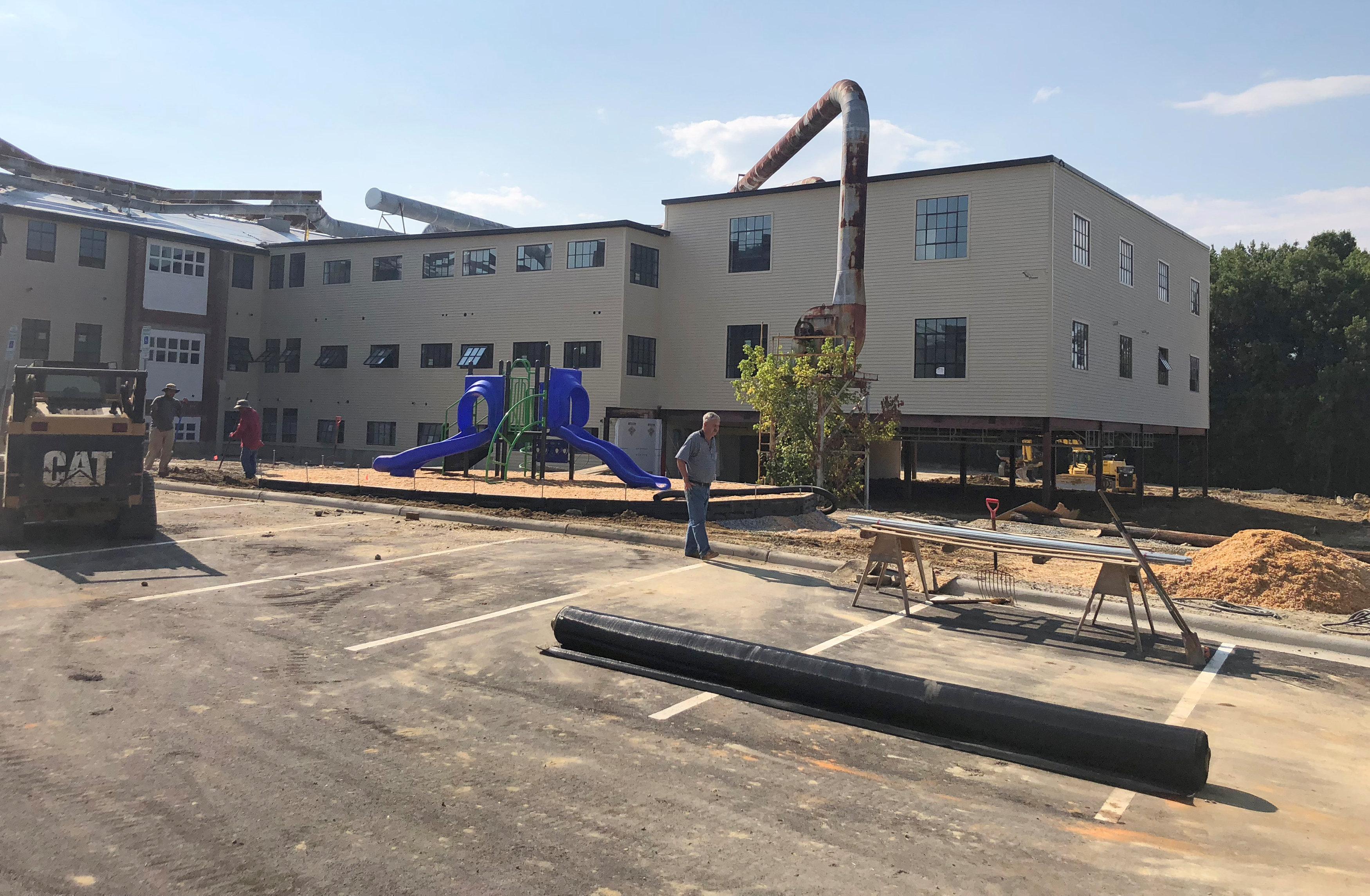 Abandoned after much of the U.S. furniture production shifted overseas, a former furniture factory is being overhauled into apartments in Thomasville, North Carolina, U.S., August 14, 2018. Howard Schneider 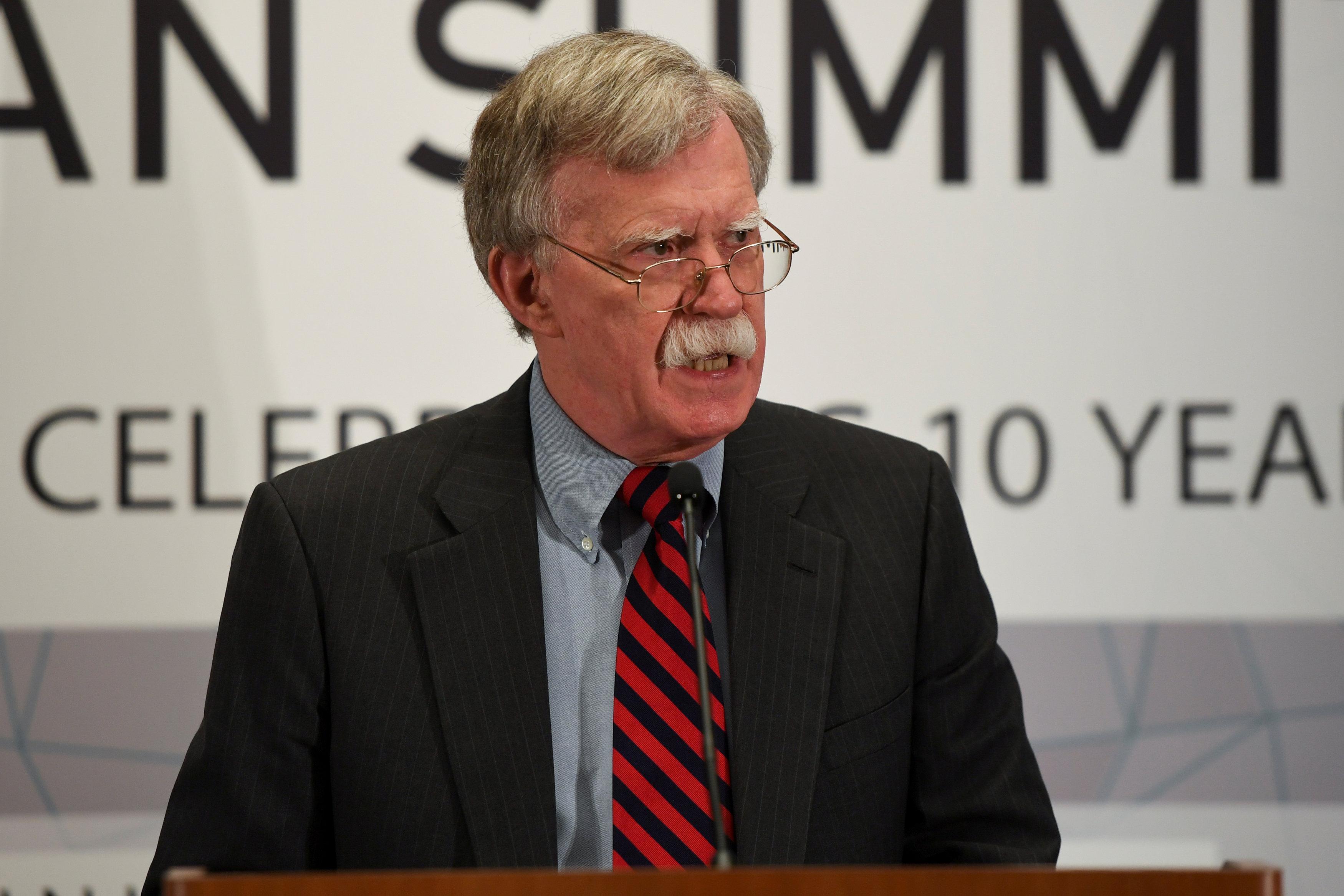 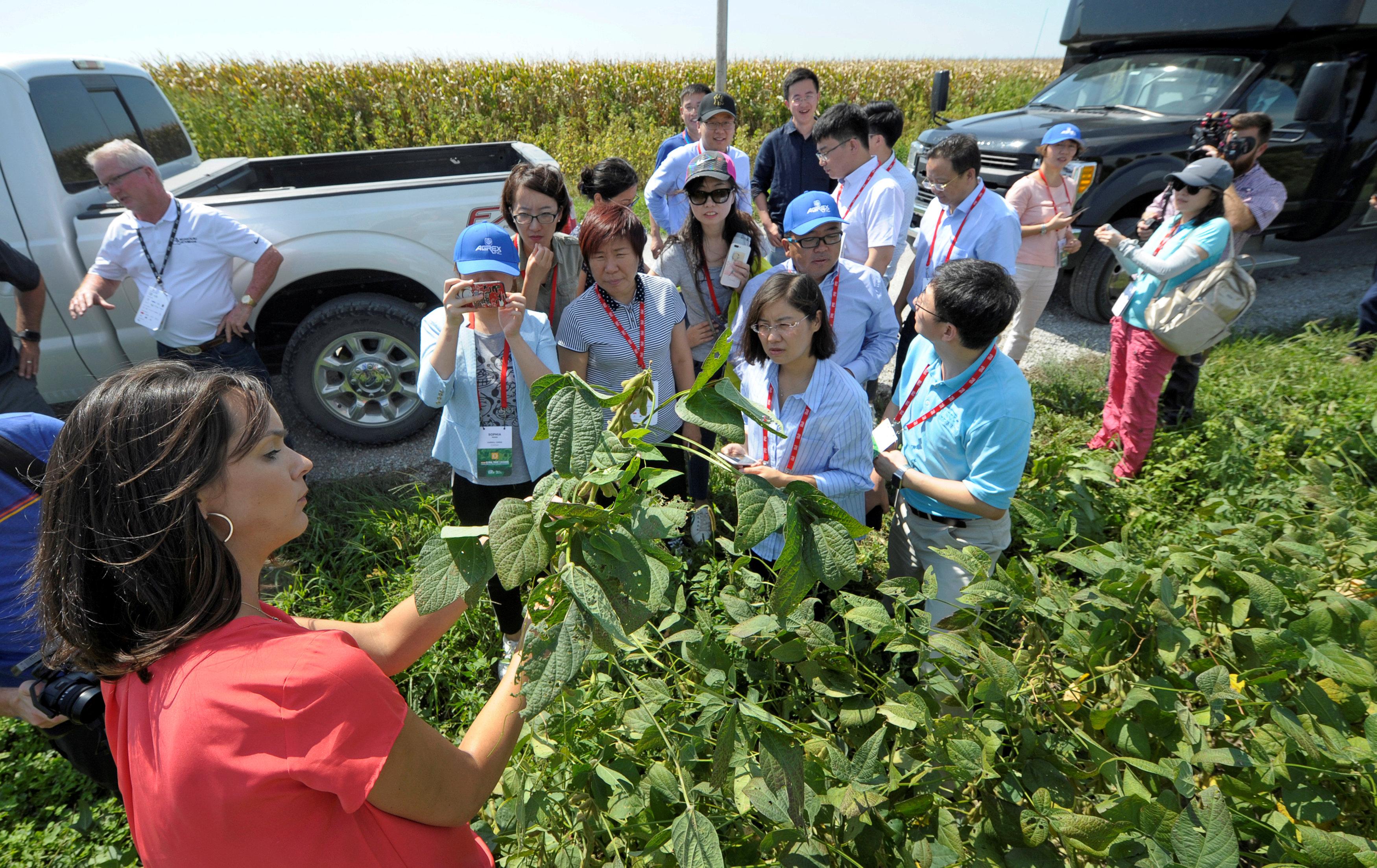 In a town where a 30-feet tall chair is the chief landmark, and which is synonymous with a U.S. furniture industry decimated over the years by imports from China, many greet the possibility of tariffs on Chinese goods with a shrug. No wonder. Of three once bustling Thomasville furniture plants in the city limits, one is being demolished and cleared for parkland, another may become the site of a new police station, and a third is being converted into apartments. President Donald Trump is threatening to levy tariffs of up to 25 percent on $500 billion of goods imported from China each year, including roughly $20 billion of furniture, as a way to bring back hundreds of thousands of manufacturing jobs lost to China and other low-cost competitors.

Yet, the transformation of U.S. industries since China’s emergence as the world’s low-cost producer almost two decades ago means many no longer directly compete with Chinese imports, so tariffs may not translate so easily into more U.S. jobs. At family-owned Bernhardt Furniture in Lenoir, some 90 miles west of Thomasville, executives say it would take about $30 million in capital investment - some 10 percent of annual sales - to resurrect standard wood furniture lines now mainly made in countries like China and Vietnam.

That is too much to commit based on a policy that a future administration could reverse.

"The theory is you turn (imports) off, the jobs come back. That's not really true... The buildings don't exist. The people don't exist. The machinery does not exist," to make the sorts of furniture that now gets imported, said Alex Bernhardt Jr., chief executive and the company founder's great grandson.

What the company needs now, executives say, is the open markets and steady economy that have allowed it to grow its workforce from below 800 at the end of the 2007-2009 recession to almost 1,500 today - partly on the basis of exports to China.

That growth has been largely driven by demand for more customized, higher end furniture. In expanding, the 129-year-old company has been hiring not only factory workers, but also designers, marketing experts and other professionals. In all, it is a different firm from what it was three decades ago when it first began dividing product lines between the United States and Asia.

Economists say the same is true across much of U.S. manufacturing. To invest and hire more workers, executives would need certainty, for example, that consumers would prefer U.S.-made products at a potentially higher price. They would need confidence that tariffs would last beyond the Trump administration and that production could not be shifted to other more cost-competitive countries.

Even then, there may be little incentive to go back to old product lines for industries that have changed dramatically because of globalization.

Across the Rust Belt and the former factory towns of the south, the transformation is apparent. In Buffalo, an old steel mill is now a solar panel factory, and a retail goods manufacturer now houses an office and restaurant park. Near Dayton, Ohio, a shuttered GM plant has reopened as a Chinese-owned auto glass company. Abandoned factories throughout North Carolina have landed on the Environmental Protection Agency's list of "brownfield" sites that need cleanup.

Some companies are considering moving production from China as a result of the tariffs, but the jobs are unlikely to head home.

Illinois-based CCTY Bearing, for example, said it planned to move U.S.-bound production from Zhenjiang, China, to a new plant near Mumbai in India to keep labor costs down.

JLab Audio's China-made Bluetooth products are not being taxed yet, but its chief executive Win Cramer had been scouting for suppliers in Vietnam and Mexico.

"I would love to build products onshore, but consumers have proven time and time again that "Made in America" isn't as valuable a statement as it once was," Cramer said. "They make decisions based on the cost."

The price of, say, its Bluetooth earbud would jump from $20 to as much as $50 if it was made in the United States, Cramer said, far more than what tariffs would add to the cost of imports.

To be sure, early reactions suggest that foreign companies that make U.S.-bound goods in China may move some of that production to the United States. Still, countries such as Vietnam may ultimately benefit the most from Trump's tariffs.

Japanese construction and mining equipment maker Komatsu Ltd < 6301.T > has said it has already shifted some of its production of parts for U.S.-built excavators from China. Part of that production moved to the United States, but some also went to Mexico and Japan.

In South Korea, LG Electronics (066570.KS) and its rival Samsung Electronics (005930.KS) are considering moving parts of U.S.-bound refrigerator and air conditioner production to Mexico, Vietnam or back home, but not to the United States, according to company sources and local media.

The responses to Trump's tariffs on steel and aluminum show how such steps create both winners and losers.

Producers such as U.S. Steel and Century Aluminum have said they will add at least several hundred jobs as a result of the higher prices they can charge.

Mid-Continental Nail, however, laid off 130 workers because of those higher steel prices, and furniture parts maker Leggett & Platt (LEG.N) has warned that rising metal prices would prompt it to shift production abroad.

So far, Washington has imposed duties on $250 billion of Chinese imports and Trump has threatened to slap tariffs on all Chinese goods.

Many economists project new tariffs would on balance either slow down hiring or cause job losses in a manufacturing sector where employment has grown by 10 percent over the past eight years without special protection.

The furniture industry, among the hardest hit by Chinese imports, has added 43,000 jobs since its employment hit a low of 350,000 in 2011, helped by the recovering housing market and strong consumer demand.

Industry officials say skilled upholsterers and other workers are hard to find, echoing the Federal Reserve's concern about the impact of worker shortages on the U.S. economy.

In Thomasville, few expect that tariffs will bring furniture manufacturing back to its heyday, nor does the community need it, says city manager Kelly Craver, whose parents worked in the furniture and textile industries.

Since the recession, Thomasville has become a residential hub for growing nearby cities such as Greensboro and Charlotte. It also has its own mix of manufacturing and white collar jobs. Mohawk Industries (MHK.N) recently expanded its Thomasville laminate flooring facility while the Old Dominion Freight Line transportation firm (ODFL.O) and the fast-growing Cook Out burger chain have corporate headquarters there.

"We, for the very first time in this city's existence, are going to have a diversified economy," Craver said.

Immigration and welfare fears merge as Sweden lurches to the right