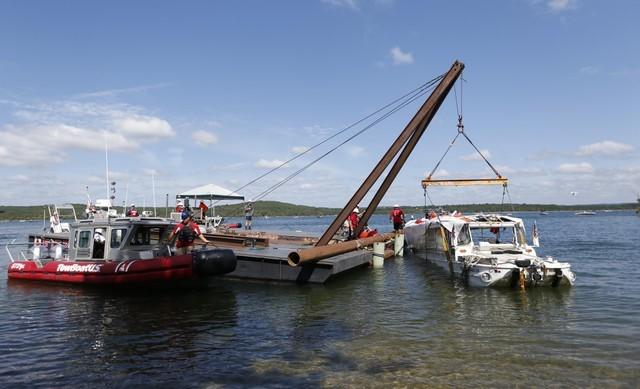 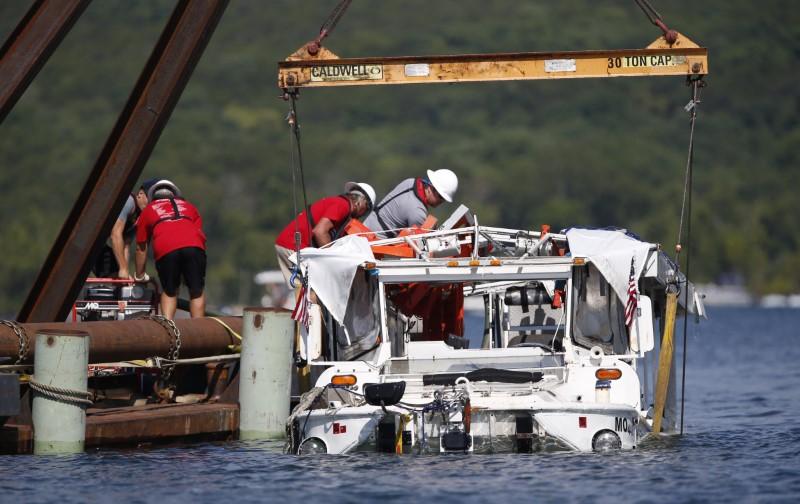 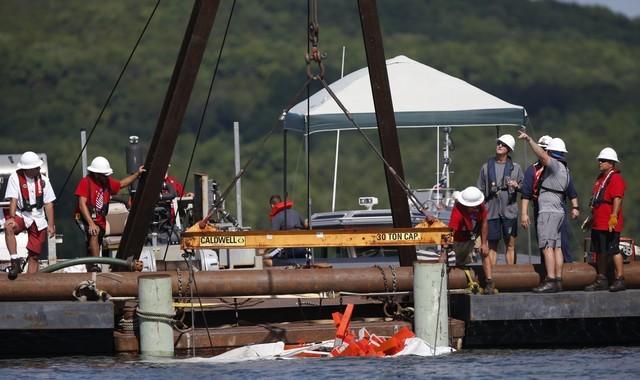 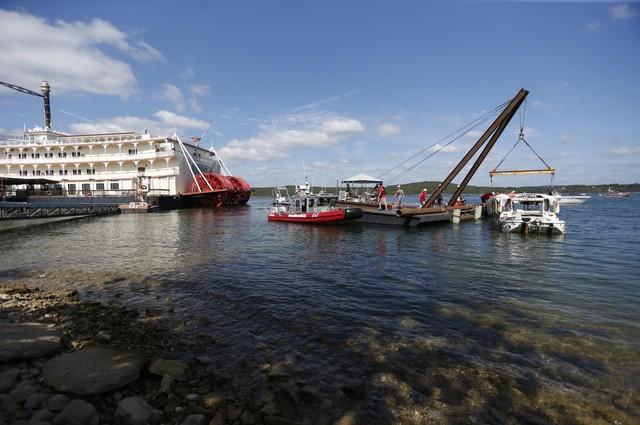 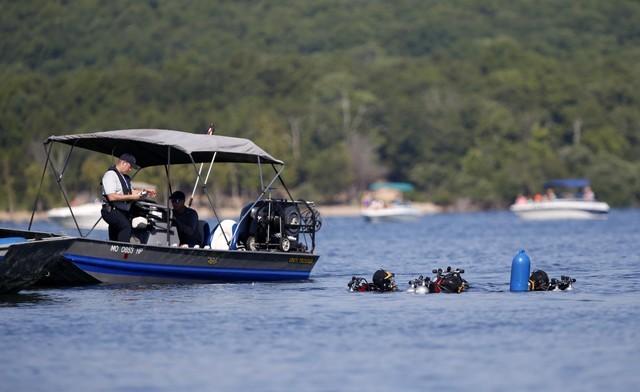 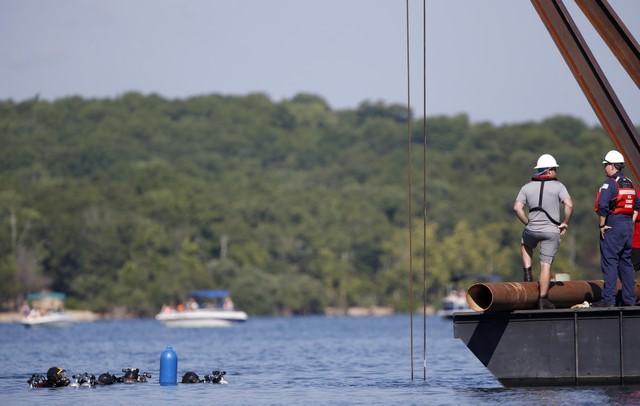 The U.S. Coast Guard used a floating crane on Monday to raise the "duck boat" that sank beneath storm-whipped waves in a Missouri lake last week, drowning 17 people in one of the deadliest tourist accidents in the United States in years.

Workers in hard hats spent an hour or so helping divers connect slings to the World War Two-style amphibious vessel some 80 feet (24 meters) below the water's surface before raising it and dragging it, dripping but apparently intact, to dry land.

The Coast Guard said it will load the boat onto a trailer to hand it over to federal investigators.

The boat's black box, which contains video and other data, was recovered last week and has already been taken to a Washington laboratory for analysis, the National Transportation Safety Board said.

Thirty-one people were aboard the Ride the Ducks boat last Thursday when a sudden, intense storm struck, with winds just shy of hurricane strength churning the lake's waters. Fewer than half survived the accident and officials are looking into what the boat's operators knew about the weather forecast before setting out.

Among the dead were the boat's driver and nine members of a single family from Indiana. Tia Coleman, one of only two members of that family aboard the boat to survive, said in a hospital bed interview with local media that the captain had told passengers there was no need to put on life jackets.

The captain is among the survivors. He has not yet been interviewed by investigators from the NTSB, said Keith Holloway, a spokesman for the federal agency, although other Ride the Ducks staff have.

More than three dozen people have died in incidents involving duck boat vehicles in the United States over the past two decades, both on water and land.

Missouri Attorney General Josh Hawley has said the state is contemplating whether to bring criminal charges.

Ripley Entertainment, which owns the duck boat ride, has said the boats should not have been out in such bad weather and that the intensity of the storm was unexpected.

The NTSB, which will determine the causes of the accident, will look into what the boat operators knew about the weather forecast before taking the boat out.