Smoke rises as the large delta fire spreads along Shasta County in California, U.S., September 5, 2018 in this picture obtained on September 6, 2018 from a social media video. CALIFORNIA HIGHWAY PATROL/via 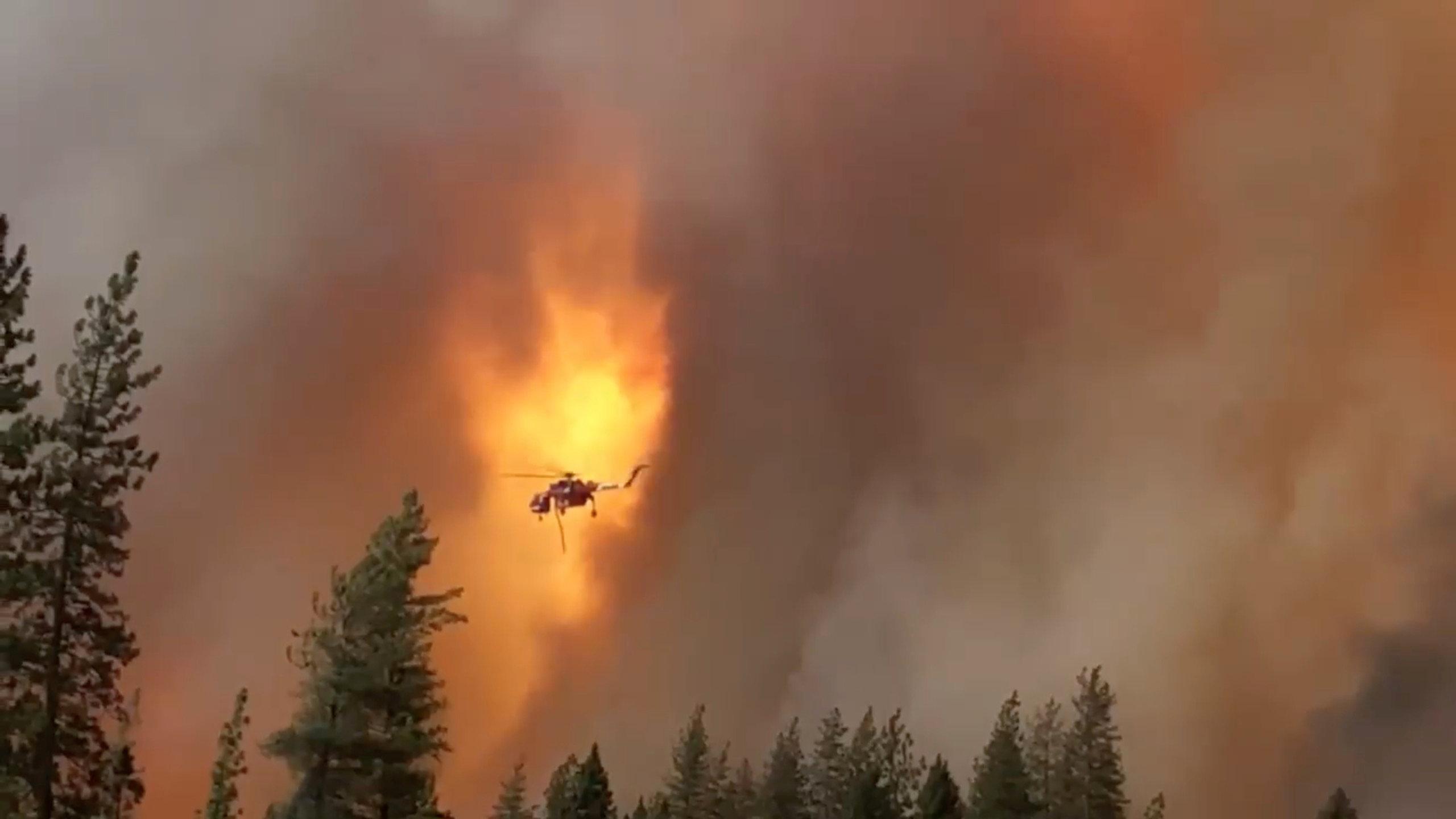 A helicopter drops water on a forest fire in Shasta County in California, U.S., September 5, 2018 in this picture obtained on September 6, 2018 from a social media video. CALIFORNIA HIGHWAY PATROL/via 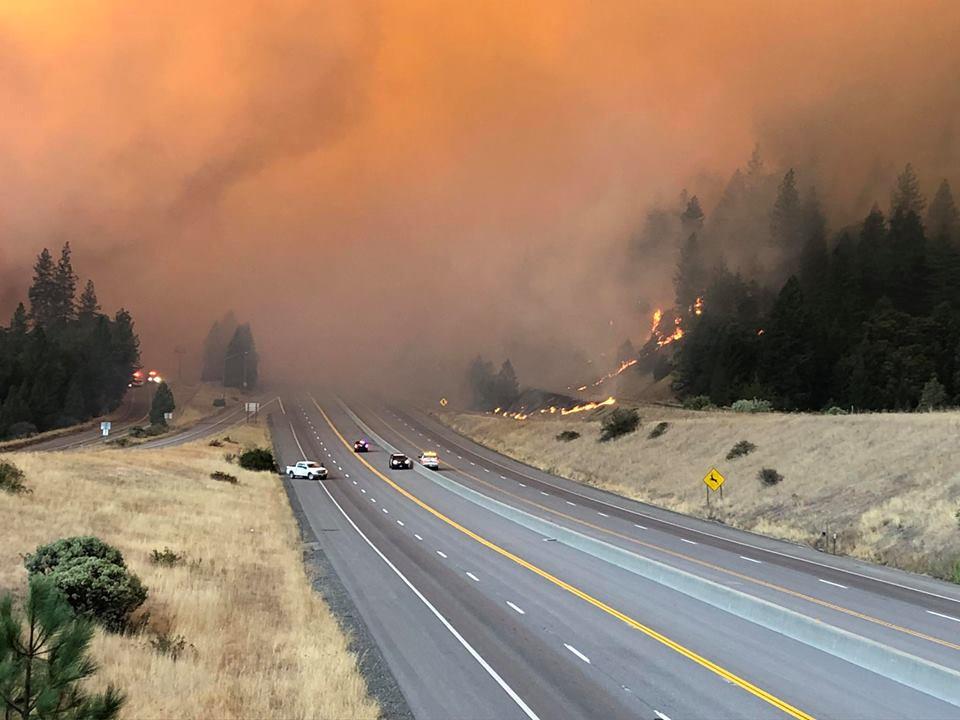 An intense wildfire roared unchecked for a second day on Thursday through drought-desiccated timber in Northern California's Shasta-Trinity National Forest, threatening scores of homes and forcing the closure of an interstate highway after motorists had to flee their vehicles.

The Delta fire erupted on Wednesday in a canyon along the Sacramento River about 250 miles north of San Francisco and by Thursday morning had scorched more than 15,000 acres, triple the area that had burned some 12 hours earlier.

The blaze was near where the deadly Carr fire incinerated hundreds of dwellings in and around the town of Redding this summer. That fire claimed eight lives and became one of California's most destructive wildfires on record.

No casualties have been reported from the Delta fire but there were some close calls.

On Wednesday, the blaze raced across the Interstate-5 highway, forcing motorists to flee on foot before flames engulfed their cars and trucks, said Brandon Vaccaro, a spokesman for the Delta fire command team.

Vaccaro said a 45-mile stretch of the key north-south route that runs the length of California remained closed in both directions, requiring motorists headed to Redding from the north to go 120 miles out of their way.

Flames posed an immediate threat to roughly 150 homes and other buildings in the sparsely populated region, with about 300 people under mandatory evacuation orders, Vaccaro said. Farther north, an evacuation warning was in effect for the picturesque town of Dunsmuir, advising some 1,600 residents to be ready to flee at a moment's notice.

The blaze has raged with the same extreme intensity seen in several devastating wildfires in recent months.

"That's extremely difficult to get ahead of," Vaccaro told Reuters by phone.

As of Thursday, firefighters had been unable to achieve any containment of the blaze, Vaccaro said, but it is hoped that a forecast gradual rise in humidity levels will help slow the fire's growth over the next few days.

The Delta fire was one of about 15 blazes burning across California this week. Three times as much ground has burned in California so far this year than at the same point in 2017, which ranks as one of the most destructive seasons on record.