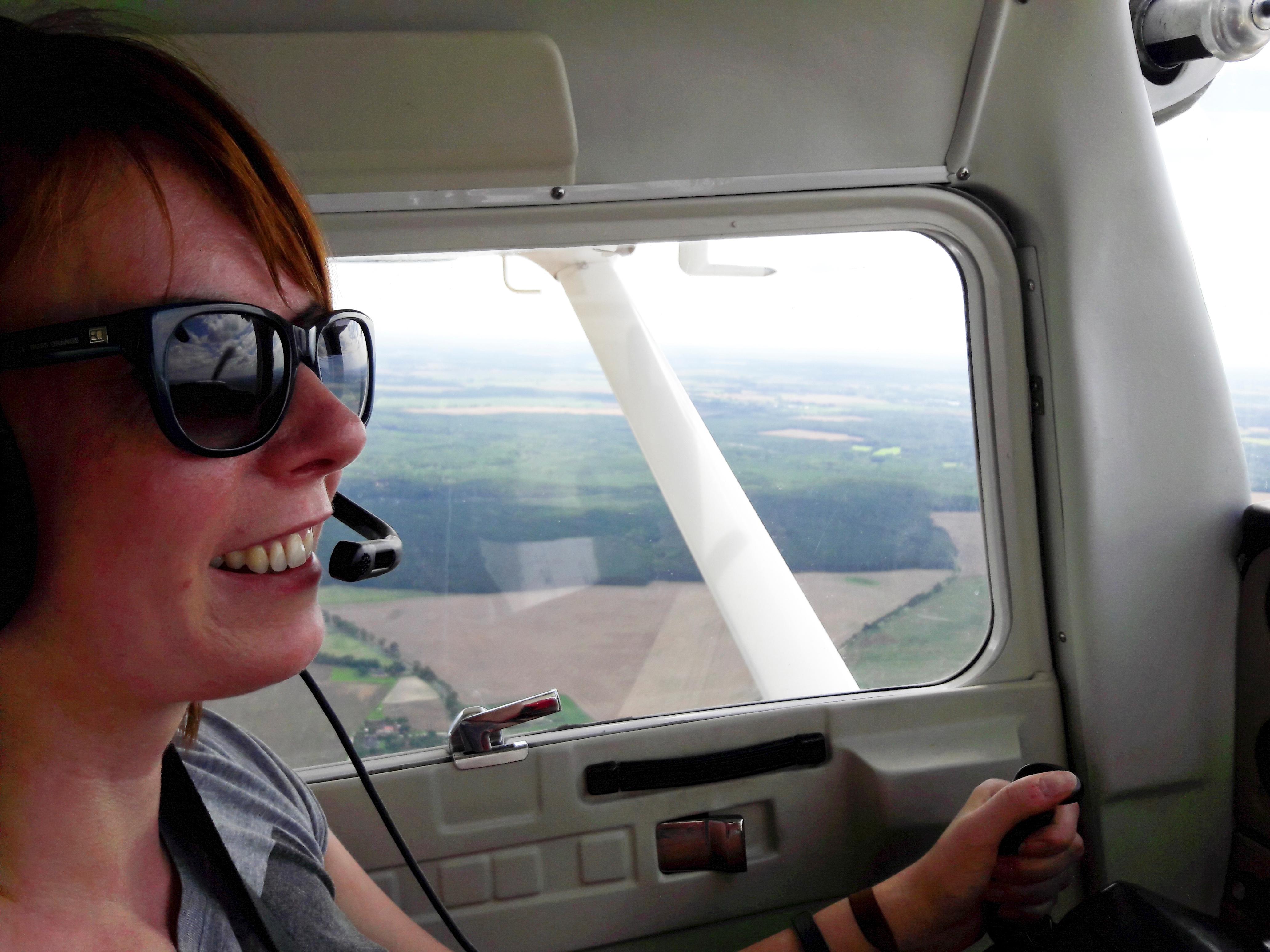 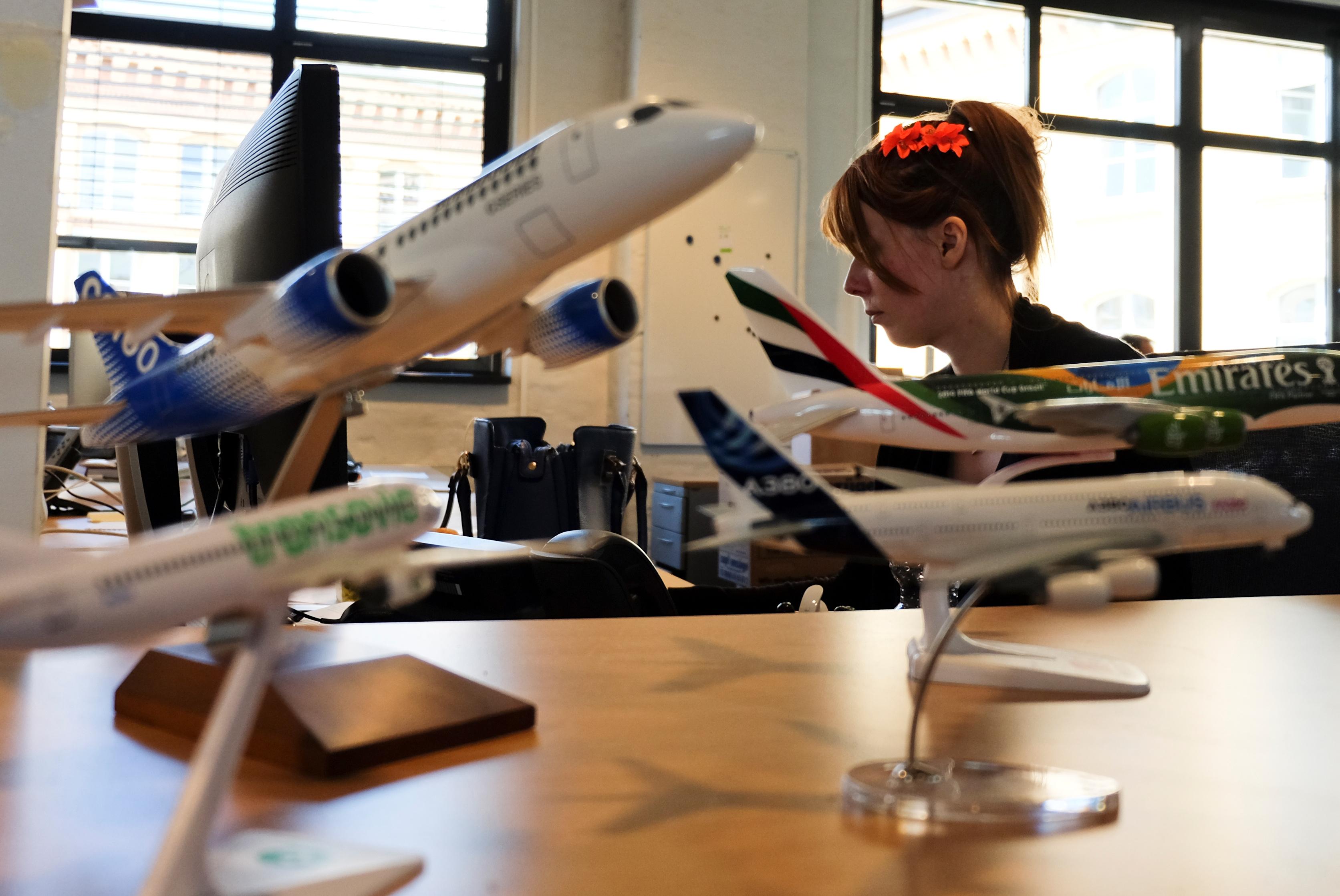 We are experiencing turbulence. I use the joystick to keep the crosshairs centered.

A red circle with the number 4 in it pops up to the left of my field of vision, matching what a voice in the other ear told me to watch out for. I quickly press a red button on the computer keypad, and the number 4, so the system can time my reactions.

These are just some of the tests to assess if I have the skills to become a commercial airline pilot. They are performed simultaneously, of course.

Multi-tasking is just one skill I must demonstrate. As a journalist, I have already been drilled in speed, accuracy and antisocial hours, but I feel a higher calling. I've written about European airlines for five years, and now I want to work in the cockpit.

To see if I could make it, I've had a go at taking off a real jet, brushed up on my math and physics, and calculated my chances of paying back the frighteningly expensive training fees.

First, there's the thrill of flying. Aviation fascinates me. There is a shortage of commercial pilots in some parts of the world, although that wasn't part of my decision. More importantly, my years of reporting have exposed the hefty gender imbalance in the airline industry. I want to be part of trying to even things out.

Women have flown planes since 1908, according to the Smithsonian National Air and Space Museum. But until the 1970s, most were restricted to private planes or support jobs.

My own informal poll of about a dozen airline pilots blamed the shortage of females in the cockpit on a lack of role models, family concerns, and the persisting view that it's a male job.

If you search on Instagram you will find female and male pilots posting about their travels, but in Britain and the United States at least, the numbers tell a different story. Only four in 100 airline pilots in those countries are women, data from their aviation authorities shows.

My journey started last year. I'd lost count of the number of airline press conferences I had attended where the only women in view were female cabin crew who stepped on to the stage to pose alongside the male executives for the photos.

Last March, at a travel fair in Berlin, I found myself having a heated discussion on this topic with a spokesman for German airline Lufthansa. It has been employing female pilots for three decades, but only 7 percent of its pilots are women.

Why, I wanted to know then, do Lufthansa and other airlines not do more to change the role models they present? Why do they just keep trotting out female cabin crew at press conferences? He said at the time that this was just the way things were done, but I could see I had made an impression.

More recently, I raised the topic with Marnie Munns, a captain with easyJet. She reckons part of the reason that few women – or men for that matter – see becoming a pilot as an option is because these days the captain and first officer are locked away in the cockpit behind a bulletproof door.

EasyJet encourages its pilots to leave the door open when the plane is on the ground, so passengers can see the flight deck for themselves.

Munns, who has two daughters aged 6 and 9, worked her way up to captain at the age of 32, before starting a family. Both she and her pilot husband now work part-time and share childcare.

"It's about time we shouted from the rooftops today that actually women can do it too and why don't you? The opportunities it offers you are amazing," she told me. "You don't get demoted when you have children, you don't have to take a back seat."

EasyJet pilots made over 150 visits to schools in Europe over the last academic year to encourage new joiners, and set up an aviation badge for Brownies, girls aged 7-10, in the UK. Lufthansa is also actively trying to recruit more women, a spokeswoman said.

For a potential pilot recruit, the main risk is financial. It can cost up to $130,000 for the initial training. The fees are rarely paid by airlines – students tend to raise the cash through loans or by having parents who remortgage their homes.

The memory of that travel fair stuck with me. I told a pilot friend about my conversation with the Lufthansa official.

"Why don't you become a pilot?" he said.

"Not true," he said. He, a captain, had flown with a first officer who started in his forties.

I researched flight schools. I went up in a two-seater Cessna 152 plane over Berlin, getting to do the take-off and then flying over the countryside. The instructor said some people get cold feet once they've taken off and want to get back down sharpish.

I was not among them. Seeing from above a turquoise lake that I had swum in was fascinating. Banking steeply near a wind farm was a view not many get to see. A few turbulence bumps merely added to the thrill.

Over the last year I have visited three flight schools in Britain and Germany. Of two selection days in Britain I attended, with about 10-12 applicants each time, just two of us each time were female.

At the open day I attended in Germany, the receptionist assumed I was accompanying a young man standing next to me.

In fairness, things are changing: The Lufthansa spokesman I challenged told me recently he had taken our discussion on board. Since then, he said, he has taken care to ensure that if there are cabin crew or pilots made available for photos at such events, then both men and women are represented. I can vouch for this: I saw some in February.

I passed that multi-tasking drill, plus various other assessments, and in September I embark on a new life of constant learning, testing and checks. Hopefully one day soon you'll hear my voice on the intercom.

I'll be speaking loud and clear.