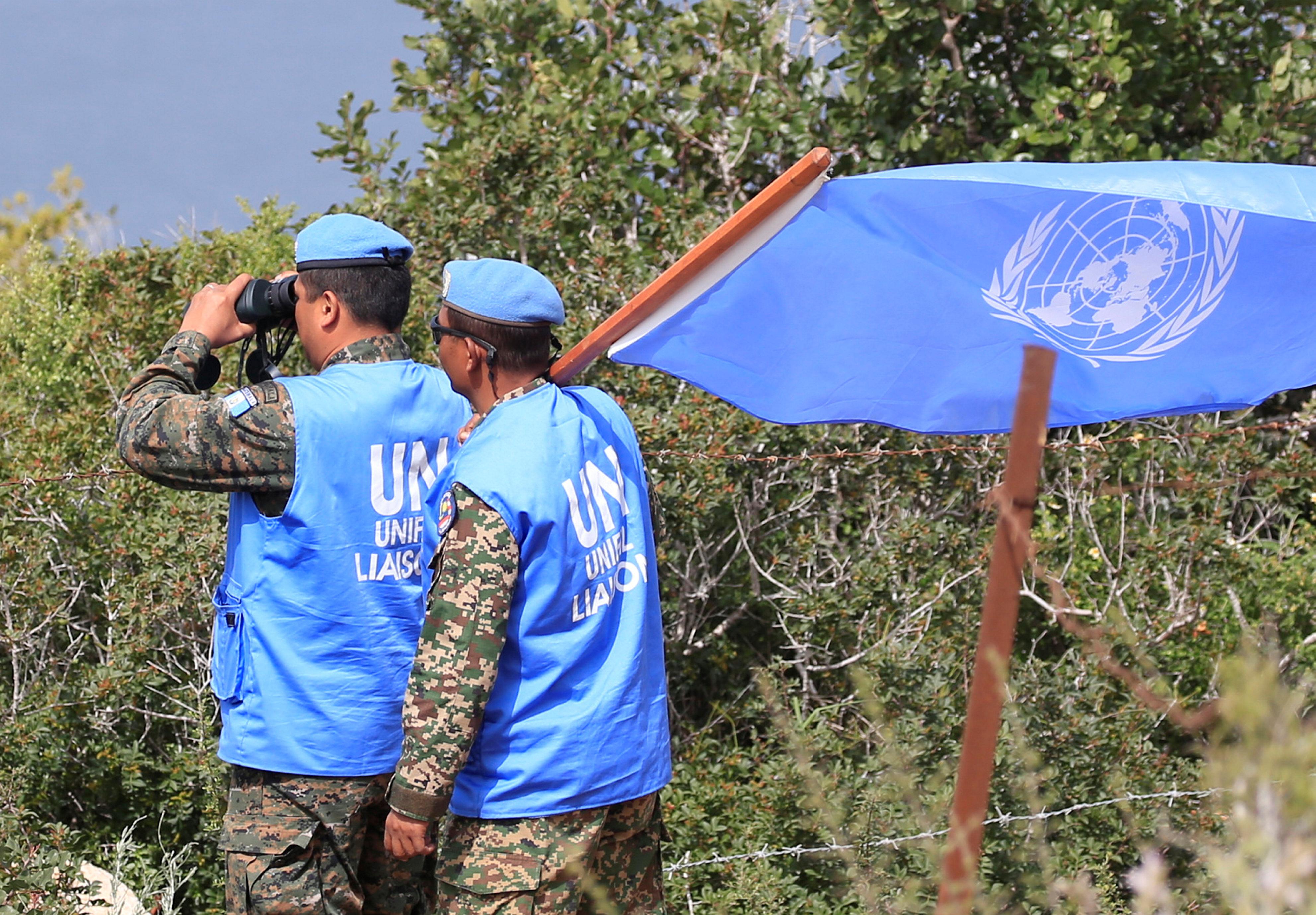 United Nations Interim Force in Lebanon (UNIFIL) peacekeepers watch as Israeli workers build a wall near the border with Israel, near the village of Naqoura, Lebanon March 6, 2018. Ali Hashisho

Four years after World War Two, former British Prime Minister Winston Churchill was asked to reflect on what would have prevented the conflict. The greatest mistake after World War One, he said, was not to properly resource the League of Nations, the international forum of countries created in 1919. Doing so “would have saved us all.”

The modern United Nations, a more muscular and inclusive body than its predecessor, has survived close on four times longer than the League. But as its General Assembly meets this week in New York, the U.N. – like the League – risks falling increasingly short. Few believe change, while necessary, is imminent or likely.

Decades of attempts to reform the U.N. Security Council are – like the Council itself on issues such as Syria, the South China Sea and wider human rights – comprehensively deadlocked. The five permanent members – Britain, France and the United States on one side, Russia and China the other – are increasingly at loggerheads. Other emerging powers such as India and Brazil want permanent access, but there seems little or no road map to obtaining it. Those five permanent members have minimal incentive to share power, and no one can agree which other states should be allowed to join them.

The wider General Assembly is little more than a talking shop – as usual, the primary outcomes of this year’s September session will likely be from bilateral meetings between leaders on its sidelines, not the main floor. The assembly gives smaller nations and groupings a voice, and its resolutions can do useful work, like establishing internal U.N. bodies or events like International Women’s Day. But these resolutions are frequently nonbinding, with the result that those on substantial issues like the 2014 Ukraine conflict inevitably have little or no real-word impact.

That doesn’t make it worthless. The most effective U.N. work is often done by its smaller bodies, agencies and envoys. U.N. Special Representative for Syria, Staffan de Mistura, has been unable to stop the conflict – the warring parties and their international backers have simply made that impossible. But he and his team have kept the process of dialogue going, and that itself has value.

Indeed, the greatest single achievement of the U.N. has probably been to preserve and build that spirit of international cooperation as something positive and worth refining, even if it often fails in practice. For all the realpolitik at the Security Council level, most other elements of the U.N. continue to push an explicitly internationalist, liberal, human, women’s and minority rights-based agenda.

Without the U.N., the world would likely not have had the Sustainable Development Goals that have, at the very least, helped shape thinking on global poverty reduction. The same might be plausibly argued of the Paris climate process.

In truth, the United Nations is barely one entity at all. Agencies such as the World Food Program, World Health Organization, UNICEF, Food and Agriculture Organization and others all have their critics, but provide a fundamental backbone to the world’s humanitarian responses that exceed what any one group can do on its own, even the nongovernmental Red Cross. Without them, responses to disasters such as the 2014 Ebola outbreak or refugee crises in the Middle East and Europe would be much, much harder.

Peacekeeping missions run by the Department for Peacekeeping Operations can only occur when the world’s great powers agree on what to do. Some missions can be never-ending, with peacekeepers accused of sexual and other abuse in several nations. But the U.N. can also claim successes, notably overseeing transitions from civil war to peace in countries such as Mozambique, Cambodia, Guatemala and Tajikistan.

When it comes to holding more powerful countries to account, the U.N.’s record is extremely mixed. Last month, the U.N. Committee on the Elimination of Racial Discrimination cited estimates that Beijing may be holding up to one million ethnic Muslim Uighurs in detention camps in China’s western Xinjiang province – a report Chinese officials dismissed as having “no factual basis.” Beijing has never confirmed the existence of such camps, and blamed criticism of its policies in Xinjiang on “anti-China forces.” Another group of U.N. investigators called for Myanmar officials to be tried for genocide over their campaign against the Muslim Rohingya minority.

Other U.N. bodies such as the Human Rights Council have been much less forthright, often dominated by countries such as China, Iran and Pakistan accused of their own abuses. The United States withdrew from the body this year, saying it is biased against Israel and avoids scrutinizing states such as Iran, North Korea and Syria. And when it comes to determining international acts of military aggression – one of the primary purposes of both the U.N. and League of Nations – the U.N. is again struggling.

The decision of U.S. President George W. Bush and British Prime Minister Tony Blair to circumvent it in the run-up to the invasion of Iraq delivered a clear, and with hindsight, damaging credibility blow. Russia felt little or no consequences through the U.N. for its annexation of Crimea, nor the long-running Ukraine war that followed. China did have its knuckles rapped by a U.N. court over its grandiose claims in the South China Sea, but this has done nothing to slow its inexorable building and military expansion in the region.

Those at the top strike a difficult balance. In taking office, current U.N. Secretary General Antonio Gutteres talked of the need for dramatic reform, but also pledged to keep “member states in the driving seat.” That’s language likely designed to reassure national governments, deliberately ambiguous as to whether he meant the small governments that dominate the General Assembly or the Security Council great powers.

It might yet take another world war-scale catastrophe to generate effective institutional reform. But for now, the U.N.’s most important role remains forcing the world’s most powerful nations into constant dialogue on matters of global importance.

We should be glad we have it. Countries could never build it today.