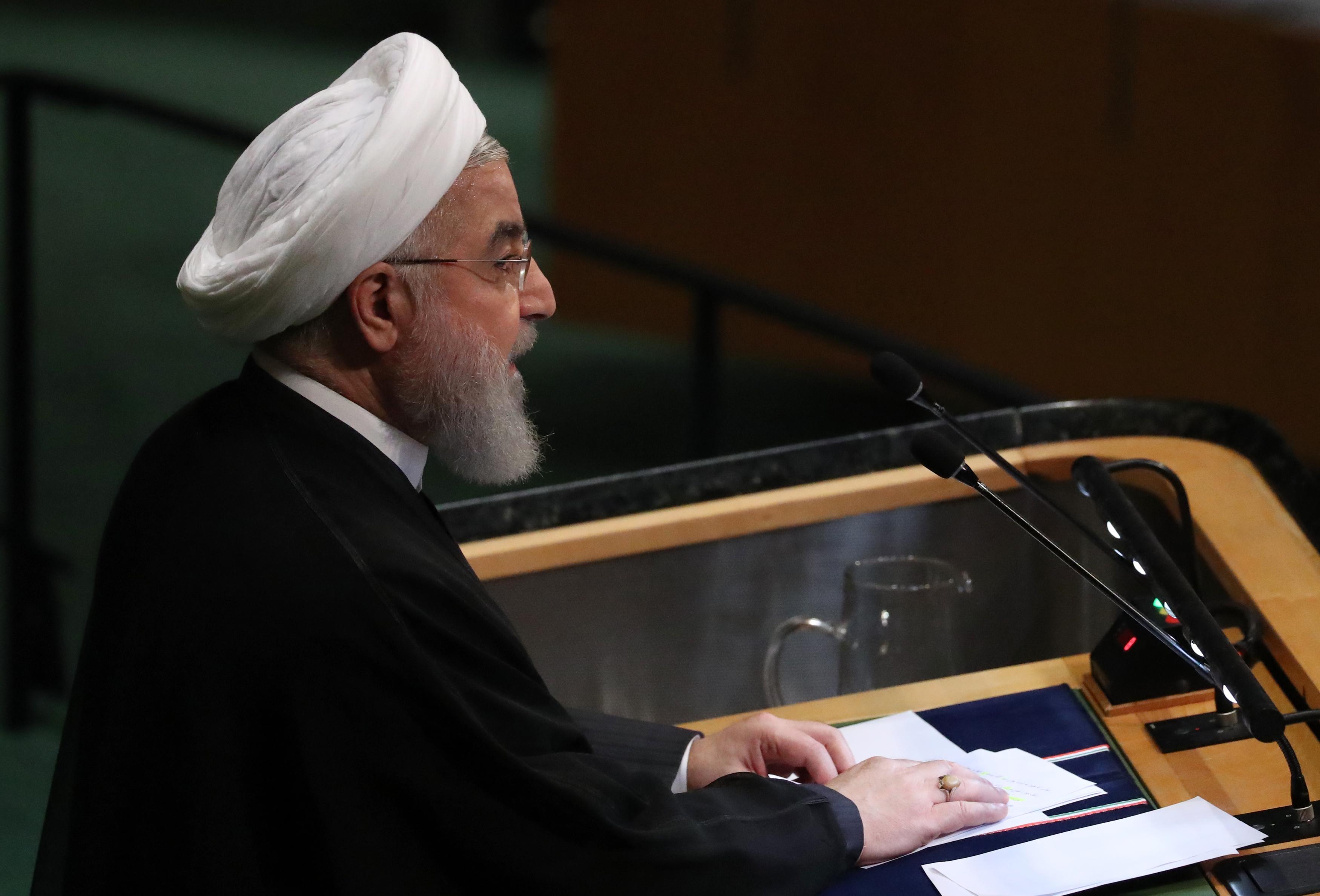 The traditional scripts were flipped during Tuesday’s dueling addresses by U.S. President Donald Trump and Iranian President Hassan Rouhani at the 73rd United Nations General Assembly – the second of the Trump presidency. That should trouble anyone who cares not just about the United States’ global standing, but about the prospects for multilateral diplomacy to address the world’s very real problems with Tehran.

Put aside the delegates’ laughter after Trump boasted of his administration’s “extraordinary” achievements. For a president who authored the bestselling “Art of the Deal” and his foil Rouhani, the strikingly different tone of their speeches and the way they were received should be a wakeup call. For all of Trump’s promises about improving the nuclear agreement he called “the worst deal ever” and negotiating an end to Iran’s malign activities in Syria, Yemen, Lebanon, and elsewhere, the U.S. president finds himself deprived of leverage, while Rouhani is the one invoking the legitimacy and legality of the international system the United States built. This is no happy occurrence.

Consider the juxtaposition. Trump invoked the word “sovereignty” or “sovereign” ten times in his speech to the General Assembly. The unfortunate reality is that the term has become at best a fig leaf and at worst a dog-whistle for dictators, autocrats, and human rights abusers to argue that the world should not interfere in their internal affairs. The word is typically the refuge of those who have reason to fear international scrutiny – such as Syrian dictator Bashar al-Assad and Russian President Vladimir Putin – not a term invoked at the U.N. by American presidents of either party, until now.

By comparison, flipping the script, Rouhani weaponized the language of international law and legitimacy to slap back at the Trump administration for violating the Iran nuclear agreement after 12 consecutive IAEA reports showed Iran remained in compliance. Rouhani mocked the administration’s dismissal of the agreement as less than a binding treaty, and may have had heads nodding when he said the Security Council resolution endorsing the Iran deal “is not a piece of paper…. If you dislike the JCPOA because it is the legacy of your domestic political rivals, then we invite you to come back to the Security Council resolution.” In one biting riff, Rouhani reminded the audience that the Security Council had unanimously endorsed the deal. It was an international drop the mic moment.

That’s the real lost opportunity of this General Assembly. Trump has isolated the United States instead of isolating Iran. When John Kerry met with Iran’s Foreign Minister at his first UNGA as Secretary of State in 2013, Iran was a nuclear threshold state. Break-out time was just two to three months. The United States had galvanized its European allies and reluctant participants – China, Russia, India and Turkey – to impose crippling sanctions, but it would take the JCPOA to actually roll back the nuclear program. The UAE, Saudi Arabia, Egypt and Jordan – Iran’s enemies – even endorsed it, and in doing so helped silence a nuclear clock ticking furiously, leading to war.

The United States and its partners were poised to keep the pressure on Iran over its destabilizing behaviors.

Trump changed all of that. He’s re-imposed unilateral sanctions that never stopped Iranian centrifuges. He gave Iranian hardliners a chance to say: “I told you so” and argue that the United States couldn’t keep its word. He squandered the leverage the United States might’ve wielded: the ability to warn European partners that Washington remained united with Europe on the nuclear issue only if they helped tackle Iranian threats in Yemen, Lebanon and Syria.

European foreign ministers were prepared to engage; now their energy is consumed trying to preserve the nuclear agreement. High Representative of the EU for Foreign Affairs and Security Policy Federica Mogherini had little choice but to stand shoulder-to-shoulder with Iran’s Foreign Minister Monday night and announce an agreement to create “a special purpose vehicle to facilitate payments related to Iran's exports, including oil, and imports, which will assist and reassure economic operators pursuing legitimate business with Iran.”

It didn’t have to be this way, just as a U.S.-led Security Council session on Iran shouldn’t have had to be downgraded to a more generalized session on nonproliferation.

The United Nations is far from perfect. Its foibles and flaws are renowned. But there’s a reason that many people who work with U.N. institutions say of the body: “If it didn’t exist, we’d have to invent it.” Past American administrations of both parties have led at the U.N. because it advanced American interests. Despots and dictators typically work to avoid being ensnared in its norms, confined by the global architecture the United States built after two world wars proved it necessary.

Two years into a new American experiment in a radically different foreign policy, “America First” feels more like “America Alone,” and Rouhani returns to Tehran with a public diplomacy win only Trump could have made possible.