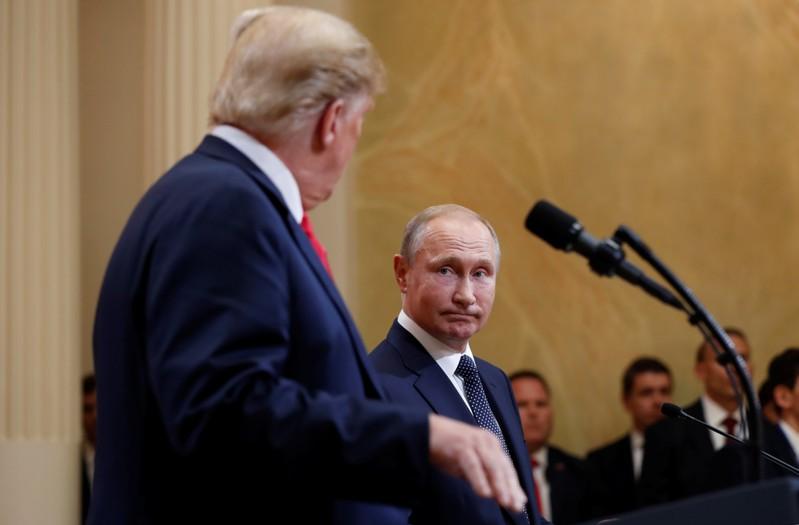 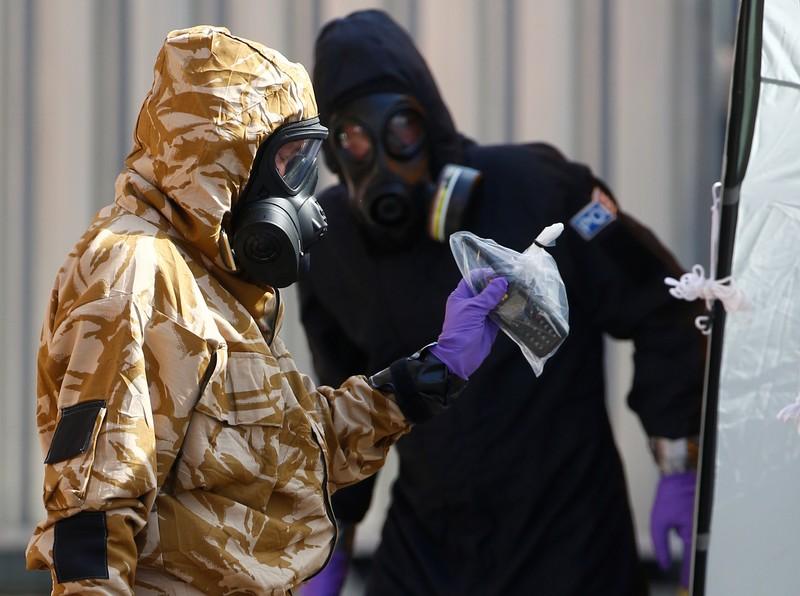 Forensic investigators, wearing protective suits, emerge from the rear of John Baker House, after it was confirmed that two people had been poisoned with the nerve-agent Novichok, in Amesbury, Britain, July 6, 2018. Henry Nicholls

The United States and its allies are increasingly frustrated over malign activities by Russia. Moscow wages war in Ukraine, abets brutality in Syria, interferes in elections, and poisons opponents. In response, Washington has imposed sanctions and closed Russian consulates in San Francisco and Seattle and vacation estates in Maryland and New York, all believed to be used by Vladimir Putin’s government for intelligence purposes. This week the U.S. unveiled new sanctions, and is expected to impose even more in the future.

Choosing sanctions requires care. Their purpose should be to penalize Russia for misbehavior, such as by restricting access to Western finance and energy technology, but not to isolate Russians, such as by limiting activities such as “people-to-people” ties or political dialogue with the West.

Russia is too important to isolate, and America’s allies would oppose this. Russia is the world’s largest natural gas and wheat exporter, second biggest oil exporter, and third largest coal exporter. It is Europe’s largest and least expensive gas supplier. Russia is the main land and overflight route between China and Europe, and a nuclear superpower.

Longstanding Western strategy is to deepen Russia’s engagement in the international system, and this remains the right goal. Moscow is more likely to be cooperative if it has a greater stake in the global system. As NATO Secretary-General Jens Stoltenberg has said, “misbehavior” is not a reason to isolate Russia; when tensions are high, talking is even more important.

In recent years there has been some progress. After joining the rules-based World Trade Organization (WTO) in 2011, Russia has worked within it, even if uneasily at times. In the latest WTO actions Moscow lost the bulk of its challenge to the EU’s gas market rules, but pledged to end automobile industry activities incompatible with WTO obligations. The International Monetary Fund praises Russia’s “strong macroeconomic framework,” even if structural barriers, such as excessive state economic intervention, insufficient infrastructure, and an aging population, weaken productivity. Russia put at risk its close ties with Iran as it worked with other great powers to achieve the 2015 Iran nuclear deal.

But these positive developments have in many cases been overshadowed by misbehavior. Washington is expected to unleash sanctions in response to what British authorities say was Moscow’s use of a banned nerve agent in March to poison former Russian double agent Sergei Skripal and his daughter in the UK – a chemical that later killed a British woman. (Russia has repeatedly denied responsibility for the attack.) Washington’s measures against Moscow will also include tightening controls of U.S. technology exports to Russia. If within 90 days Russia does not provide sufficient reassurances about its chemical weapons activity, the U.S. will likely unleash broader sanctions as provided for in the U.S. Chemical and Biological Weapons Control and Warfare Elimination (CBW) Act of 1991.

In addition, Congress is considering bills with bipartisan sponsorship, including the Defending American Security from Kremlin Aggression Act of 2018, a sanctions “bill from hell” that could lead to a ban on purchases of Russian debt by Americans, sanctions on Russian state banks, and restrictions on U.S. or other foreign investment in Russian state-related energy projects.

As Washington weighs its options, it should bear in mind that sanctions are most effective if they offer an incentive to good behavior – that is, if Moscow believes the sanctions will be eased or ended if it stops its malign activities, but will continue if it does not.

The U.S. should avoid sanctions or other steps intended to wall off Russia from the rest of the world. Under the Chemical and Biological Weapons Act, for example, Washington could ban Aeroflot flights to America, but this would deprive Russian students, tourists and businesspeople of opportunities to learn about the country and develop ties in non-sensitive areas. The U.S. could also suspend diplomatic relations for the first time since President Franklin Roosevelt established relations with Moscow in 1933, but that would be a disproportionate response to the Skripal poisonings. Moreover, cutting diplomatic ties could heighten risks of misunderstandings or even military conflict.

In the early 1980s, despite the Soviet war in Afghanistan, Soviet intimidation of Poland, and U.S. outrage over the Soviet shootdown of a Korean Airlines aircraft flying from New York to Seoul, President Ronald Reagan did not seek to isolate the USSR. He made it pay a price for those actions, but also proposed negotiations to eliminate intermediate-range nuclear forces and slash long-range nuclear weaponry. He laid the groundwork for Soviet reformer Mikhail Gorbachev, years later, to sign treaties that reduced nuclear dangers. Isolating Moscow makes no more sense today than it did in that tense time.