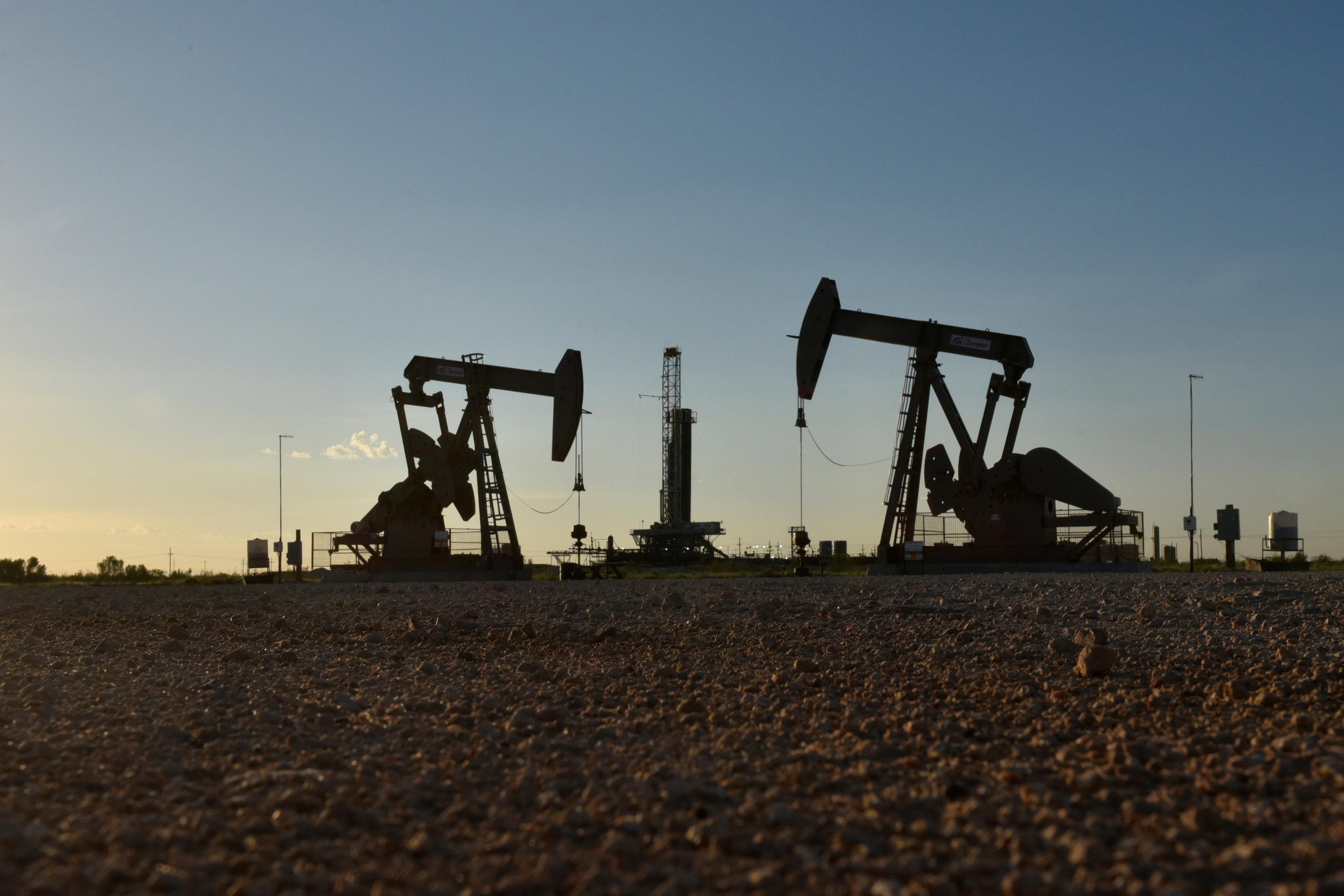 Pump jacks operate in front of a drilling rig in an oil field in Midland, Texas U.S. August 22, 2018. Nick Oxford

Oil prices were little changed on Monday as the market weighed deepening trade tension between the U.S. and China that is expected to dent global crude demand and potential supply tightening due to Iran sanctions.

Top White House economic adviser Larry Kudlow said on Monday that he expected the United States would soon announce tariffs on an additional $200 billion worth of Chinese goods.

Administration officials said on Saturday that President Donald Trump was likely to announce the new tariffs as early as Monday.

"That has the potential to be a demand-killer and that is why the market is trading into the red," said Bob Yawger, director of energy futures at Mizuho in New York.

U.S. stock indexes broadly fell on Monday, weighing on oil futures, on expectations that the Trump administration would go ahead with the new tariffs and that Beijing would retaliate.

Iranian crude oil export loadings have declined by 580,000 barrels per day in the past three months, Bank of America Merrill Lynch analysts said in a note to clients.

"We believe that the full effect of the Iranian oil sanctions has yet to be seen and we feel that the next 5-6 week anticipatory phase of the official sanctions will associate with steady speculative buying interest," Jim Ritterbusch, president of Ritterbusch and Associates, said in a note.

Iran's oil exports have been falling in recent months as more buyers, including its second-largest buyer India, cut imports ahead of U.S. sanctions that take effect in November. Washington aims to cut Iran's oil exports down to zero to force Tehran to re-negotiate a nuclear deal.

Since spring when the Trump administration said it would impose the sanctions, crude traders have priced in a risk premium reflecting the supply shortages that may occur when exports from Iran, the third-largest OPEC producer, are cut.

U.S. Energy Secretary Rick Perry told Reuters on Friday that he did not expect any price spikes and that Saudi Arabia, the United States and Russia could between them raise global output in the next 18 months.

On Monday, Russian Energy Minister Alexander Novak said all possible scenarios for oil output could be discussed at a meeting of OPEC and non-OPEC states in Algeria this month.

State oil giant Saudi Aramco will spend more than 500 billion riyals ($133 billion) on oil and gas drilling over the next decade, a senior company executive said.