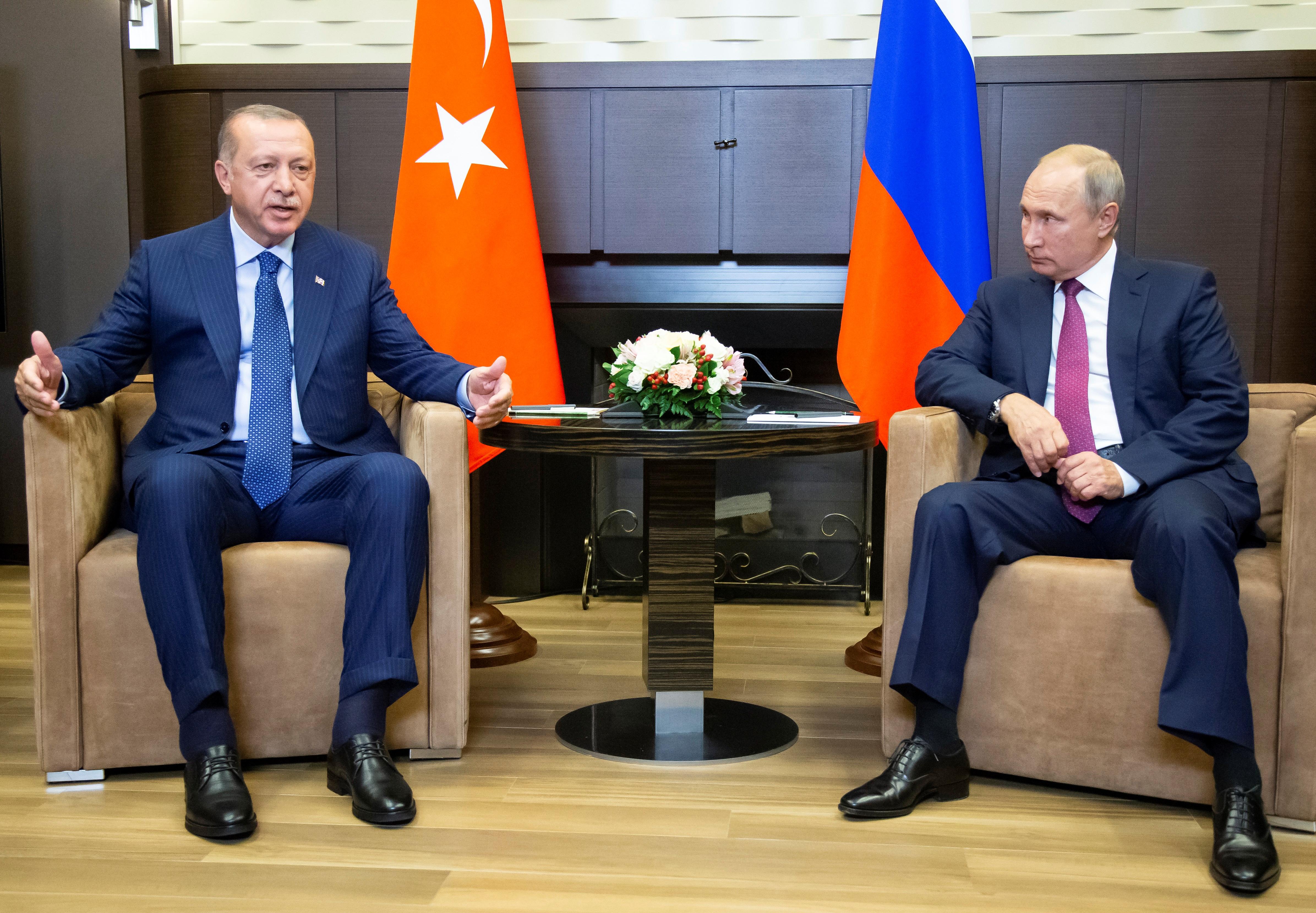 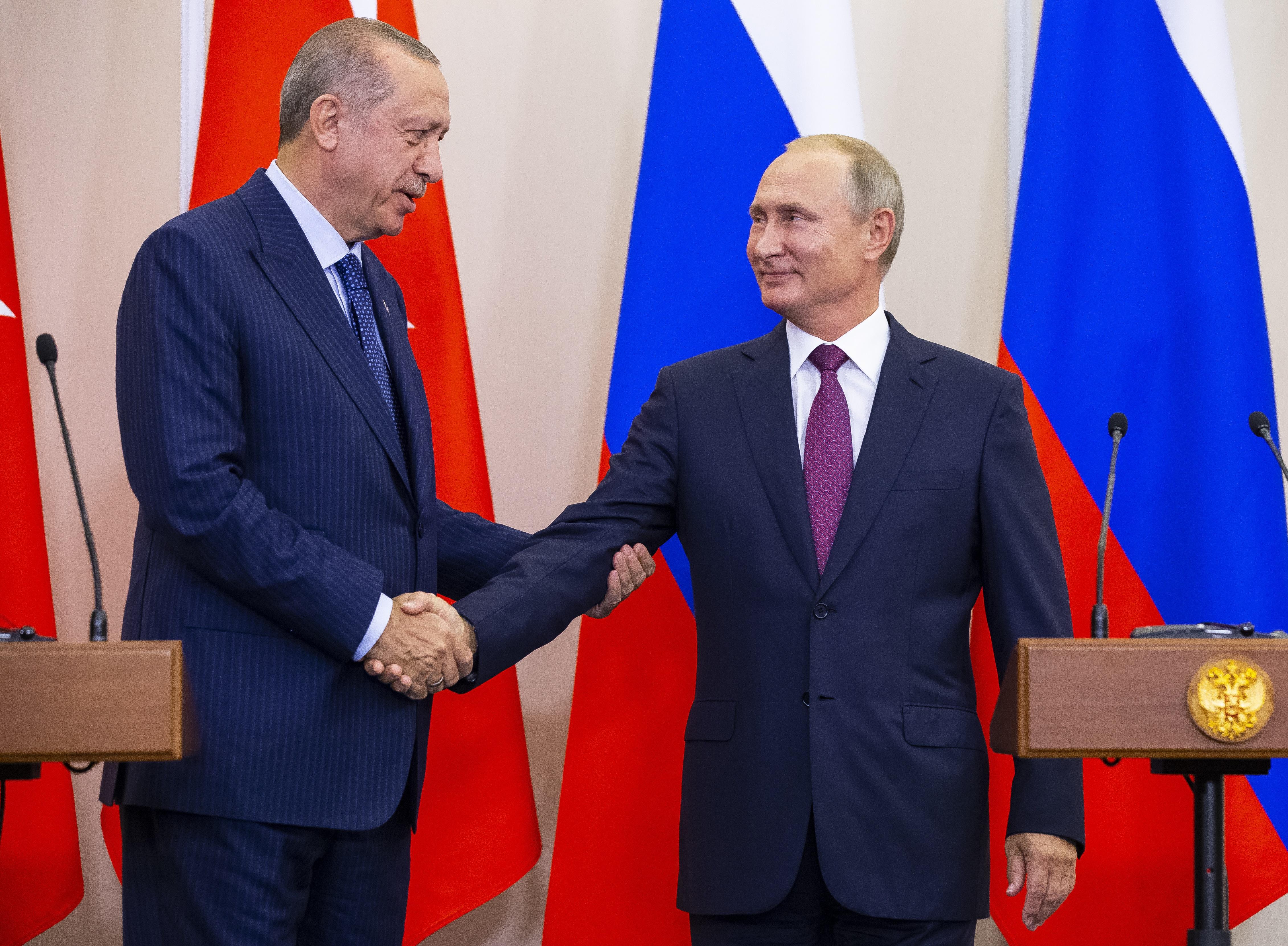 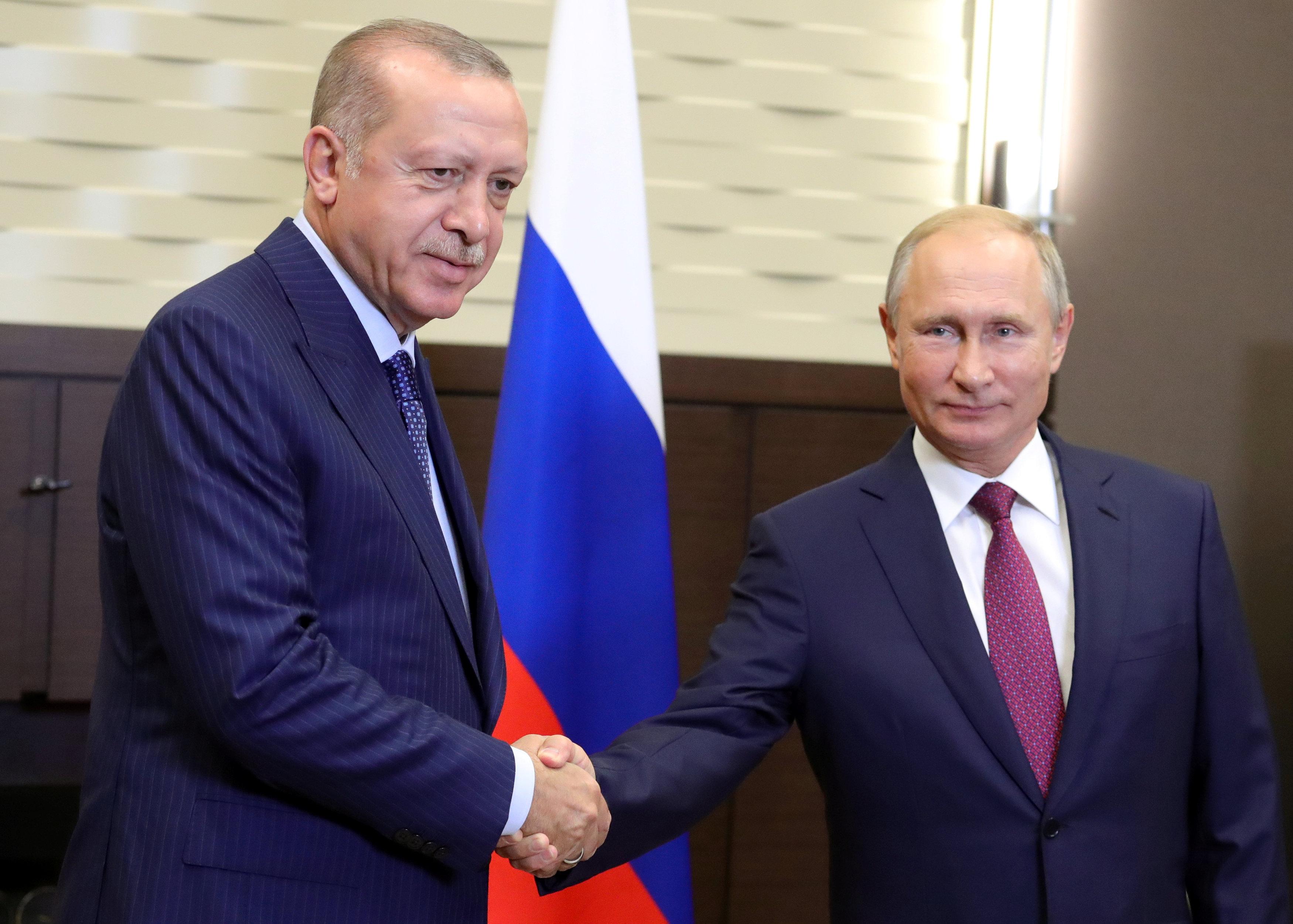 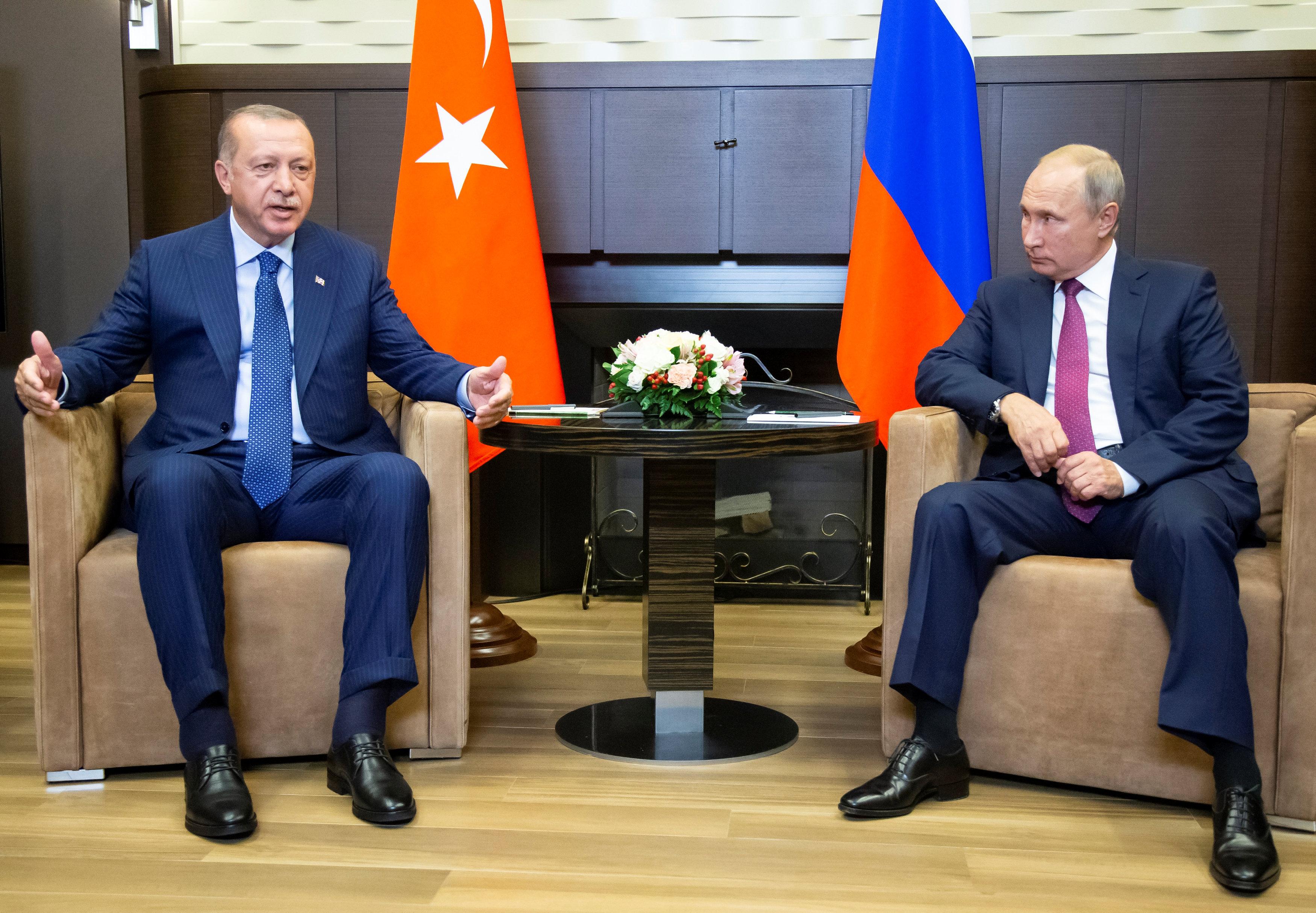 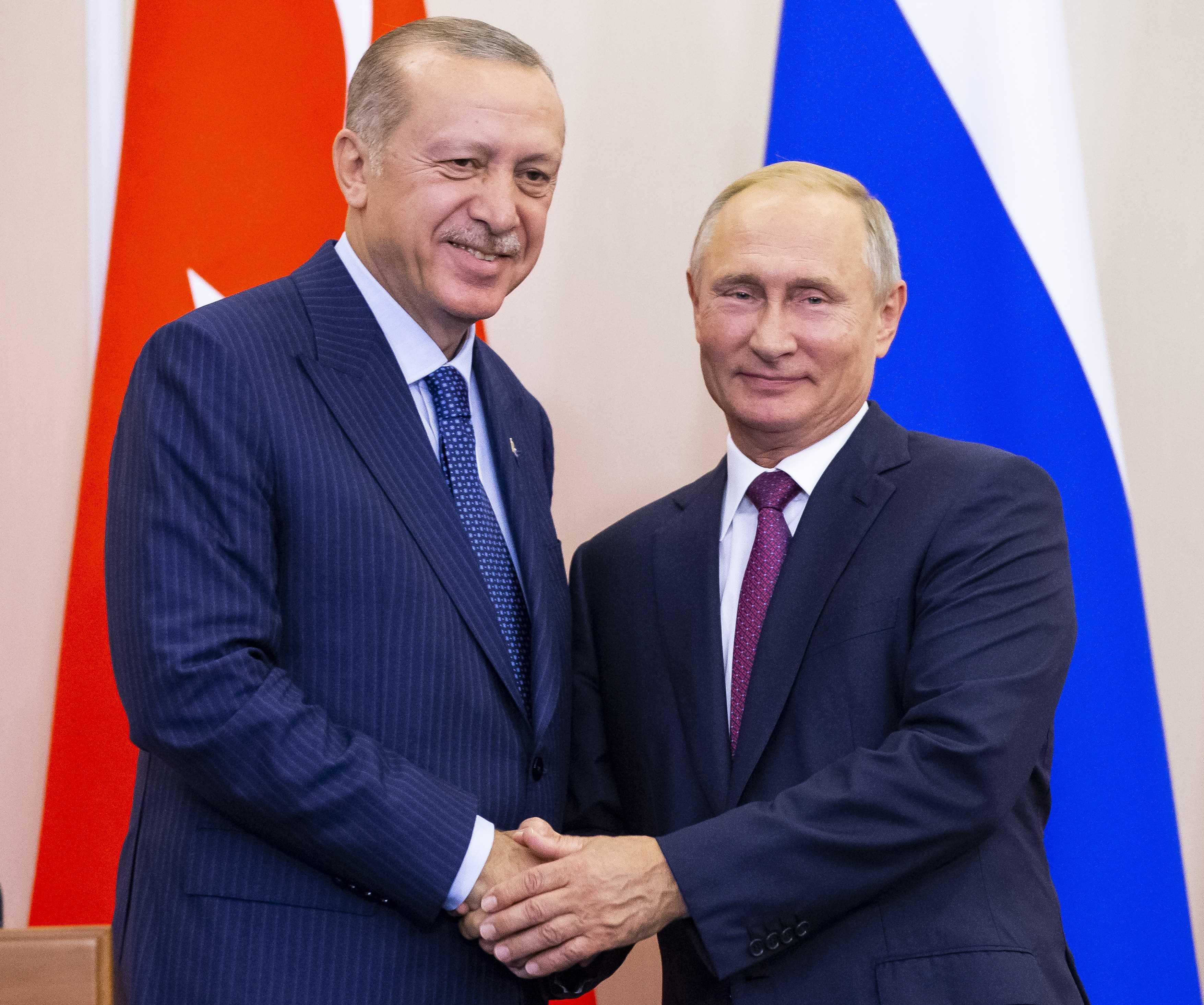 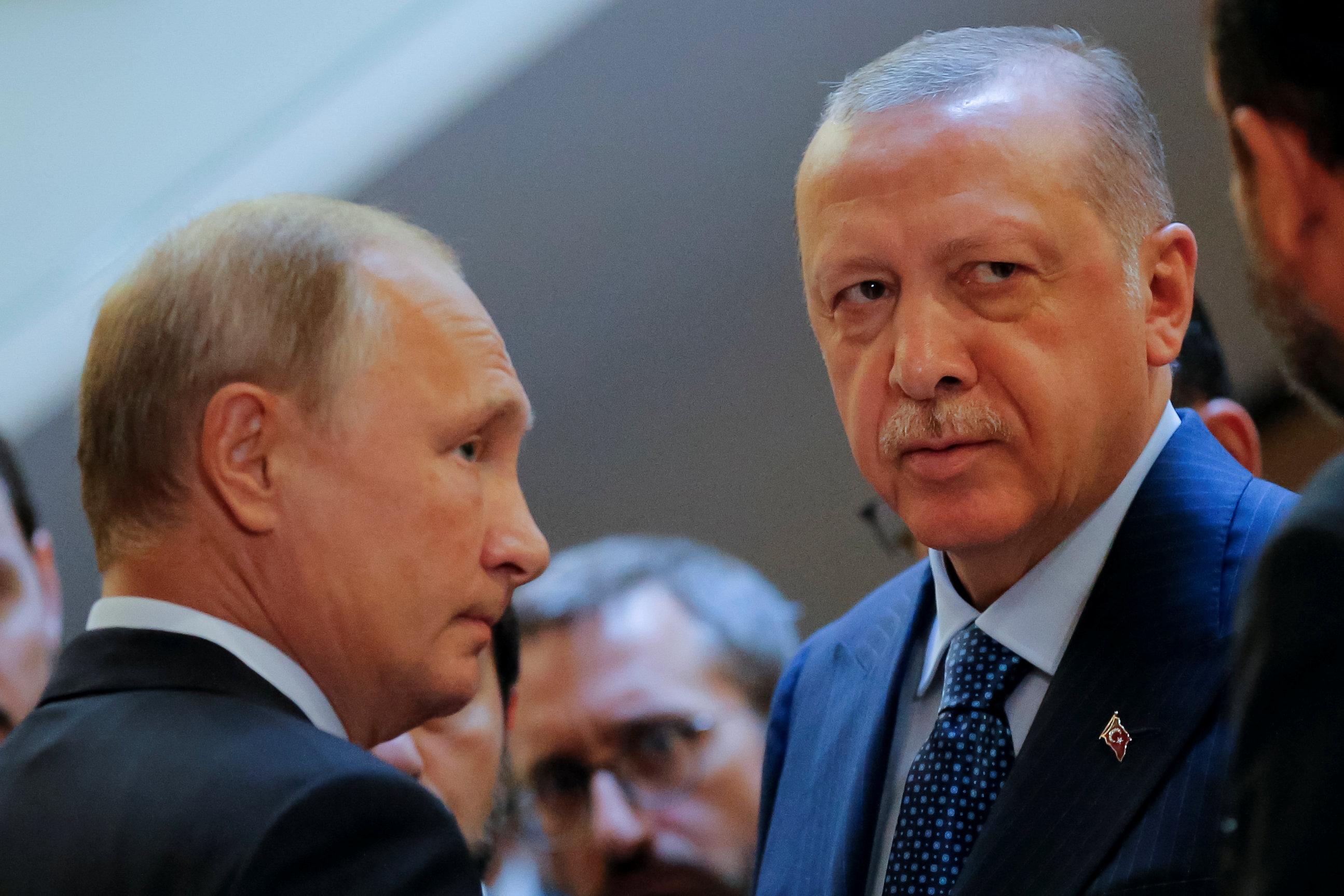 Russian and Turkish troops are to enforce a new demilitarized zone in Syria's Idlib region from which "radical" rebels will be required to withdraw by the middle of next month, Russian President Vladimir Putin said on Monday after a meeting with his Turkish counterpart.

Russia, the biggest outside backer of Syrian President Bashar al-Assad in his fight against rebels, has been preparing for an offensive on the city of Idlib, which is controlled by rebels and now home to about 3 million people.

But after Putin's talks with Turkish President Tayyip Erdogan, who has opposed a military operation against the rebels in Idlib, Russian Defence Minister Sergei Shoigu told reporters there would not now be an offensive.

Erdogan, who had feared another cross-border exodus of Syrian refugees to join the 3.5 million already in Turkey, said the deal would allow opposition supporters to stay where they were, and avert a humanitarian crisis.

Putin told a joint news conference with Erdogan: "We agreed that by Oct. 15 (we will) create along the contact line between the armed opposition and government troops a demilitarized zone of a depth of 15-20 km, with the withdrawal from there of radically-minded rebels, including al-Nusra."

"By Oct. 10, at the suggestion of the Turkish president, (we agreed) on the withdrawal from that zone of the heavy weapons, tanks, rockets systems and mortars of all opposition groups," Putin said, with Erdogan standing alongside him.

"The demilitarized zone will be monitored by mobile patrol groups of Turkish units and units of Russian military police."

Neither Putin not Erdogan explained how they planned to differentiate "radically-minded" rebels from other anti-Assad groups. It was also not immediately clear how much of the city of Idlib fell within the zone.

Idlib is held by an array of rebels. The most powerful is Tahrir al-Sham, an amalgamation of Islamist groups dominated by the former Nusra Front - an al Qaeda affiliate until 2016.

Other Islamists, and groups fighting as the Free Syrian Army banner, are now gathered with Turkish backing under the banner of the "National Front for Liberation".

"With this agreement we have precluded experiencing a large humanitarian crisis in Idlib," Erdogan told reporters at the news conference with Putin.

"The opposition will continue to remain in the areas where they are. In return, we will ensure that the radical groups, which we will determine with Russia, will not operate in the area under discussion," he said.

"Russia will surely take necessary precautions to ensure the Idlib de-escalation zone is not attacked. Together we will ensure the detection and the prevention of provocation by third parties and violations of the agreement."

Ahead of the trip to Russia, Erdogan had said Turkey's calls for a ceasefire in Idlib region were bearing fruit after days of relative calm but that more work needed to be done.

Putin this month publicly rebuffed a proposal from Erdogan for a ceasefire there when the two met along with Iran's president for a three-way summit in Tehran.

Syria's ambassador to the United Nations in Geneva, speaking earlier on Monday, said the Assad government was determined to drive the Nusra Front, which he described as a terrorist organization, from Idlib.

"Our government wants to give priority to reconciliation and to give all necessary measures in order to ensure safe corridors, and to secure the lives of civilians and to provide the basic needs of civilians in cooperation with U.N. humanitarian agencies," Ambassador Hussam Edin Aala told the U.N. Human Rights Council in Geneva.