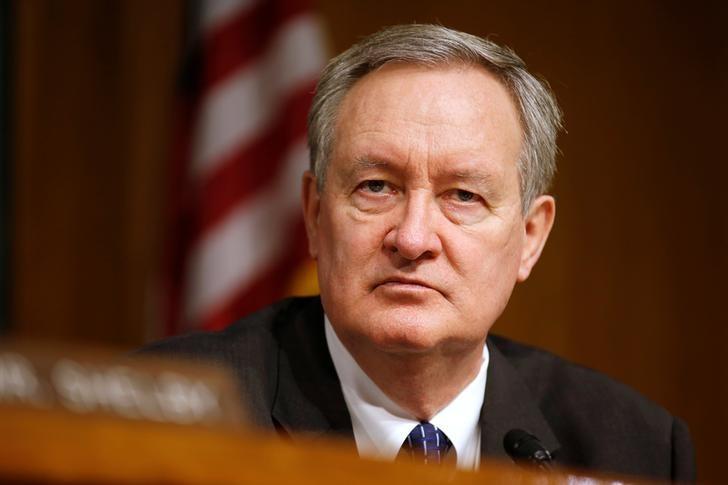 U.S. lawmakers discussing possible new sanctions on Russia for meddling in U.S. elections and other international actions said on Thursday they may consider measures targeting the country's sovereign debt or wealthy and politically connected business leaders known as oligarchs.

"Sovereign debt and increased focus on oligarchs are two areas that seem to have broad support for us to look at further ratcheting up our responses," Republican Senator Mike Crapo, the Republican chairman of the Senate Banking Committee, said during a hearing.

Thursday's hearing was the second of three on Russian sanctions scheduled by the banking panel after U.S. President Donald Trump declined at a July summit with Russian President Vladimir Putin to publicly condemn Russia for interfering in the 2016 U.S. elections.

The Russian ruble fell to its weakest level in two and a half years on Thursday, pressured by fears of more Western sanctions after Britain revealed details about the Salisbury nerve agent attack on a former Russian spy and his daughter.

France, Germany, Canada and the United States on Thursday backed Britain's assessment that Russian officers were behind the attack and pledged further action.

In recent months, U.S. lawmakers have introduced various pieces of Russia-related legislation, including the "Deter Act," to set out punishments for election meddling, and what one lawmaker called a sanctions bill "from hell" to punish Moscow for cyber crime and its activities Syria, Ukraine and elsewhere.

But the measures are still many steps from becoming law. Some members of Congress have questioned the wisdom of more sanctions given, as they see it, the failure of existing measures to change Russia's behavior, and risks that sanctions against Russia could affect other nations or the global economy.

The U.S. Congress passed a Russia sanctions bill more than a year ago. Some lawmakers - including some of Trump's fellow Republicans as well as Democrats - have chafed at what they saw as the administration's reluctance to implement it. Trump signed the bill only after Congress passed it with huge majorities.